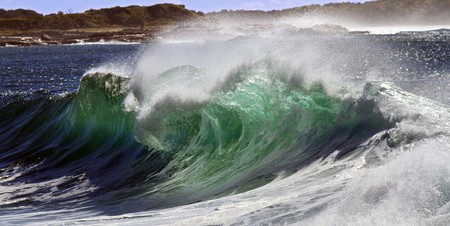 From the girls to the boys, these pro Aussie surfers have been cutting up the beaches and making waves internationally. Whether they’re the new kids on the block or household names, here are the top 10 must-know Aussie surfers.

This six-time world champion on the Women’s ASP World Tour (also known as WSL World Tour) is a force to be reckoned with. The Aussie golden-haired beaut is fearless on the waves, coming onto the scene at the age of ten-years-old. First drawn to world pro surfing competitions on a ‘wild card’ entry, Gilmore soon succeeded to the point of global surf domination in the women’s category to become undeniably one of world’s best female surfers.

Pro Aussie surfer Sally Fitzgibbons arrived on the scene with a bang with her first win of ASP Pro Junior open at 14-years-old, since then she has consistently carved her name into the tapestry of the Australian surfing scene. During her career she has achieved many merits for her talent, which include runner-up and three Women’s World Tour wins in 2011 and world runner-up 2010, 2011 and 2012 in the Association of Surfing Professionals (ASP) World Tour.

Looking forward to a great day ahead @wsl #CascaisWomensPro

Born in 1994, this 23-year-old Aussie surfer has killed it since her debut in the professional world of surfing at the tender age of eight. Since then she has gone on to become the winner of Championship Tour event Layne Beachley’s Beachley Classic in 2008 making her the youngest-ever winner of a Championship tour; Wright won 2016 World Champion at Roxy Pro France and also The 2016 World Surf League (WSL) Women’s World Champion.

Laura Enever is a two-time World Junior Champion, Australian Champion and Pro Junior Champion. At only 25-years-old this surfer is fearless, determined and known for her bold approach to big waves. Also interested in style and art, she could be considered one of the coolest girls on the Australian surfing scene, with her effortless image and on-trend taste.

Trackies 4 life ⚡️Soaking in some days with my favs #heartexplosion

At the tender age of 22, pro Aussie surfer Nikki Van Dijk is taking the world of surfing by storm, already having earned herself a spot in the ASP World tour. Bursting onto the scene at 18, this consistently impressive surfer has racked up ranks including 11th place in 2016 World Surf League Ranking with sponsors such as Oakley and Rip Curl.

My very first board. Single fin turned into a thruster wow oh wow so many memories 💙💚💛❤️💗💜

Synonymous with the Australian surfing scene, Mick Fanning is a staple in the diet of any eager surf enthusiast looking for a bit of inspiration. This household name – with a much-suited nickname of ‘White Lightning’ – was born in Sydney to Irish parents in 1981; he first took to the waves at the age of 5, a hobby which would lead him to world-class success. He was a three times ASP World Champion in 2007, 2009 and 2013 and six times Australian Male Surfer of the Year 2002, 2004, 2007, 2008, 2010, 2011, to name but a few of his major achievements.

This many-merited pro Aussie surfer boasts an exceptional number of world-class wins. Taking up surfing at an early age, alongside friend Mick Fanning, he has gone on to rack up an impressive amount of world-titles and records during his career. Parkinson was the youngest surfer to ever win a Billabong Contest; he won 1st place in the 2012 ASP World Tour and 2nd place in the years of 2002, 2004, 2009 and 2011. He has continually ranked high in the world ratings and has no intention of quitting just yet, quashing rumours earlier this year of his retirement from the pro surfing circuit.

This photo was taken In 1987 it was my first new/own surfboard, I don't remember the photo with my sister @biancarichardson getting her new bike but she looks as excited as me!! This was the start of my surfing life.. thank you to the ocean and all that support me!!! #imnotdoneyet anyone know where that board is?

Born in New South Wales, Matt Wilkinson is a much-acclaimed pro Aussie surfer just shy of thirty-years-old. He has been sponsored by Rip Curl, Etnies and DHD in his career which has seen him dominate the pro surfing scene at home and abroad. His merits include 2016 Quicksilver Gold Coast Pro and the 2016 Ripcurl Bells Beach Pro on the WSL Championship Tour. Matt Wilkinson is currently ranked 4th on the Championship Tour (CT) list.

Ranked number 3 on the CT list, Julian Wilson is a pro Aussie surfer who has be dominating the scene since his entry to the world surf stage. He has been sponsored by endless top-names such as Red Bull, Nike and Oakley and reigned in three ASP World Tour stage wins including the 2012 Rip Curl Pro in Portugal, 2014’s Billabong Pipe Masters, and then Triple Crown champion in 2014; not to mention most recently the 2017 Billabong Pro in Tahiti.

Happy to be back here in Saquarema! #coldwaterinbrazil 🤔

Surfing clearly runs in this family, with siblings Tyler Wright and Owen Wright killing the pro surfing scene. With 20 Championship Tour heat wins in 2017, Owen Wright has earned himself the worthy spot at number 5 on the CT rank list for 2017, an impressive feat having suffered a head injury at Hawaii’s North Shore Pipeline in 2015. He recently won the 2017 Quicksilver Pro as well as holding the title of first ever surfer to achieve two consecutively perfect scores in a single event at the Fiji Pro 2015.

If you can get hold of one these @jsindustries1 #blackbox #HYFi things for summer… you won't be disappointed. Cheers lads