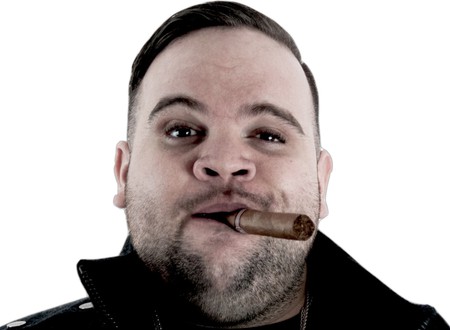 Australia isn’t known around the world for its hip hop, but Aussie rap is a colourful musical niche that’s lit up by dozens of talented performers. Here are 10 of the country’s best rappers that R&B fans need to check out.

If you told Tupac and Biggie that a blonde girl named Amethyst Kelly from the tiny Australian town of Mullumbimby would be dominating the American hip-hop scene two decades after their deaths, they wouldn’t have believed you. But the year is 2018 and Iggy Azalea is one of the biggest names in rap, defying her many critics to become the first non-American female to hit the top of the Billboard R&B charts.

Prefer your rap with a little more substance? Briggs is your man. The proud Yorta Yorta man began his solo career in 2009 then teamed up with Ngarrindjeri performer Trials in 2016 to form A. B. Original, a hip-hop duo that tackles Indigenous politics head on, helping to make Briggs one of the most influential and respected Aboriginal voices in the country.

This Melbourne performer is perhaps as well-known for his appearances in the media as his four excellent studio albums, helping raise awareness for mental health issues with brutally honest accounts of his own struggles with depression and addiction. 360 converted these personal experiences into music with his celebrated 2017 release Vintage Modern.

Sampa Tembo describes herself as both a poet and a singer-songwriter who expresses herself through music, poetry and visual art, producing a unique brand of music that beautifully blends rap and spoken word performance. Born in Zambia and raised in Botswana, Sampa moved to Sydney four years ago to study at university and introduce her art to an admiring new audience.

This high-energy rapper is known for his trademark voice modulation and melodic hooks, teaming up with a stack of talented collaborators on his fifth and most recent album, Seven Mirrors, alongside the likes of Dune Rats, Hilltop Hoods, Nat Dunn and Bradley Stone. Drapht is also a member of the Syllabolix (SBX) crew alongside fellow Perth artists like Downsyde.

This Perth MC is another member of the SBX collaborative, lending her vocals to tracks with Drapht as well as her husband Dazastah. Layla’s individual work is known for its intense, candid, in-your-face story-telling, helping her become one of the leading female rappers in Australia’s hip hop scene.

Without the help of a label or mainstream radio play, Kerser has built a huge and loyal fan base through live performances and social media. The Sydney artist made a name for himself in the battle rap arena before coming Australia’s most-viewed rapper on YouTube, clocking up more than 80 million views with his witty tracks.

You can’t have an article about Australian rap without including Hilltop Hoods, an trailblazer of the country’s hip-hop culture. The outfit formed in Adelaide way back in 1994 and have churned out seven studio albums, including two acclaimed ‘restrung’ albums with the backing of a full orchestra, plus five that have shot to the top of the Australia Record Industry Association (ARIA) charts.

If you’re judging these artists on name recognition alone, then Ur Boi Bangs richly deserves his place on this list of Australia’s 10 best rappers. Born Ajok Chol in South Sudan, Bangs emigrated to Melbourne with his family at the age of 12 in 2003 where he embarked on his hip-hop career, going viral with tracks such as ‘Take U to Da Movies’ and ‘Meet Me on Facebook’.