Deeply rooted in local history, environmental awareness and the use of natural materials, Australia’s designers showcase an eclectic array of products. Whether by working with local timbers, reviving Aboriginal art or inventing sustainable products, Australian designers have succeeded in exporting their aesthetics and values beyond the national borders. Take a look at the work at some of the creative minds in fashion, interiors and product design Down Under. 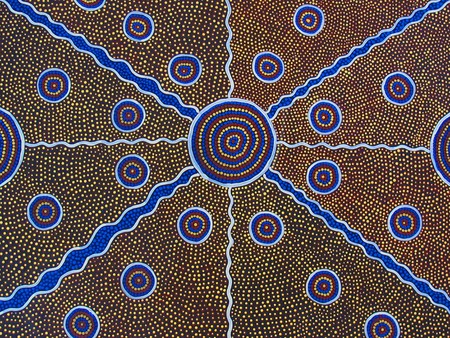 Designers Have Been Taking Inspiration from Aboriginal Art | © esther1721/Pixabay

Desert Designs is a creative collective specialising in ready-to-wear clothing with digital prints of Jimmy Pike’s artworks, Australian desert landscapes and mythologies. The label’s history dates back to 1985, when Walmajarri artist Jimmy Pike and art teachers Stephen Culley and David Wroth joined forces to promote Pike’s artworks on fabric and clothes. Pike died in 2002 but the fashion label has continued the long tradition by combining contemporary technology with ancient themes and culture. Desert Design has successfully created unique collections by exploring modern fashion cuts while maintaining Pike’s history of his country. 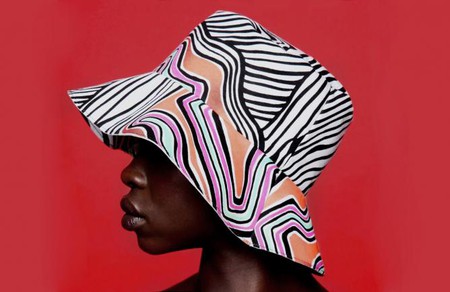 Designer Rugs’ story began in 1986 with its first showroom in Sydney. The company is renowned for its high-quality production of customised rugs for residential and commercial environments. Since its origins, the innovative company has been commissioning works for illustrious clients, such as Pope John Paul II, Parliament House, Sydney Biennale and the Grand Hyatt in Melbourne, to name a few. Over the years, the company has collaborated with leading designers and artists, such as Jimmy Pike, Oscar-winning interior designers Catherine Martin and jewellery designers, Dinosaur Designs. Worth noting, is the range of rugs featuring Australia’s iconic flora and fauna motifs (Waratah, Cockatoo etc.) and Aboriginal art. Today the company also plays an active role in supporting the design industry by organising design competitions and through collaboration with educational institutions.

Winner of the Create from a Crate Award for his Clock 174, Victoria-based designer Will Matthysen specialises in clocks and furniture designs. Since his workshop opened in 1989, he has sketched, designed, manufactured and produced over 170 handcrafted, unique clocks. His pieces are mainly made from wood with brass and steel details. His passion for his practice is seen in the careful and long process that he employs behind every single piece, Matthysen not only conceives the aesthetics of his clocks, but he also selects and process the timber, he realises the mechanics of the clocks, which are all fitted with the Harrison type maintaining power.

Strongly inspired by nature and Australian history, artist and designer Johnny Chamaki has received numerous national and international awards for his work, including the Emerging Designer Award in 2002, the International Design Award and the 2005 Spanish International Furniture Competition. Best known for the Outlaw Series about Australian legend Ned Kelly. Chamaki’s signature piece is the Outlaw chair (beech plywood and steel legs), which was inspired by Sidney Nolan’s painting and recalls the gun battle scenes. The designer’s practice includes furniture, interior design, architecture projects and paintings, which are strongly linked to geographical themes, shapes and movements present in nature. 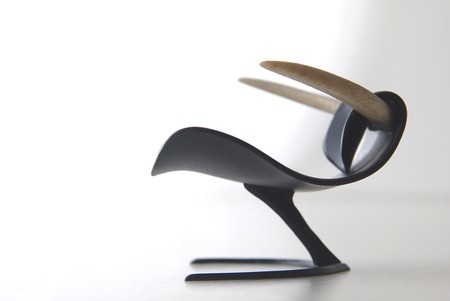 Following the belief that functionality and art can live harmoniously together in everyday objects, artist Robert Foster and a collective of young designers founded F!NK in 1993. F!NK’s products range from its famous water jugs collection to the new lighting range, characterised by high-quality materials, as well as bold and elegant forms. All the products are hand-finished. The studio’s innovative designs have been admired and regarded as excellent contemporary design artwork by influential art organisations such as the Museum of Modern Art in New York and the National Gallery of Australia in Canberra. In 2010, Robert Foster was commissioned by ActewAGL to create an installation for the company’s foyer. The project consisted of 37 Ossolites (light-filled shapes) that sprung right out from the concrete floor. 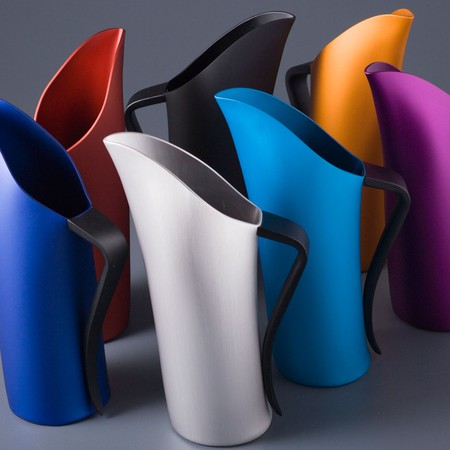 Award-winning fashion designer Kelli Wharton is the soul and brain behind Talulah. With a strong passion for art and design, she started making clothes at a young age and, in 2005, she took her first collection, under the label Talulah, to the Delfin Australia Fashion Design Awards. Floral, feminine and fun-spirited garments are distinct elements of the designer’s collections, which mirror Wharton’s desire for making her customers happy by creating wearable, feminine clothes. Now entering its 10th year, Talulah has expanded by including a team of designers and a new line, Isla by Talulah.

Brisbane-based design studio Mutating Creatures was founded in 2012 by German designer Caroline Kaup and Dutch designer Michel Cornielje. Their love for 3D printing is evident and takes the form of intricate and inventive lighting, customised earrings, necklaces, rings and furniture. Their ability in merging functionality and distinct, youthful compositions is visible in their 3D geometrical printed light and the ingenious three-coffee cup holder. Mutating Creatures’ production process shows a commitment to environmental preservation by using sustainable resources such as Australian Hoop Pine. 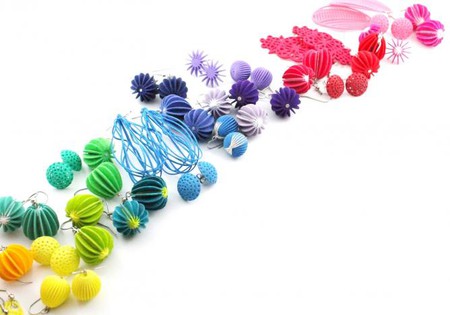 Each year billions of take away coffee cups are thrown in the landfill, causing damage to the environment. Now there is a way to both appreciate your morning brew on the way to work and respect Mother Nature. Australian company Joco has created an environmentally friendly, stylish and reusable coffee cup. The designers at Joco have really thought about everything to guarantee a pleasant coffee experience. Two different sizes are available, the cups are made of glass, to ensure that the flavour of the drink is not altered, you can choose from a selection of bright-coloured thermal sleeves to keep the coffee hot and to avoid that your hands get burnt, and finally matching colourful lid clips perfectly on the glass to avoid spilling the drink. Following the immediate success of the trendy cups, Joco went global this year. 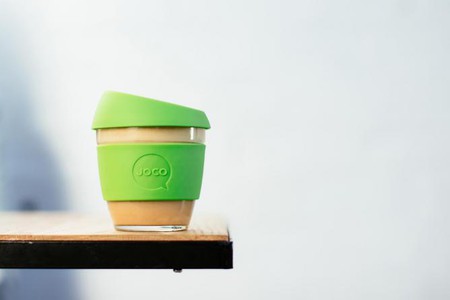 Although originally from Italy, Nicola Finetti moved to Australia after completing his University studies. In 1995, he opened his fashion label. His womenswear collections merge imported textiles with street-like designs and drastic cuts in line with Australian lifestyle. The results are elegant, beautifully tailored garments with distinct funky prints. Nicola Finetti is considered one of Australia’s leading fashion designers, whose collections are stocked in David Jones department stores around the country and also in international boutiques and stores. In 2002, his work was selected by the Powerhouse Museum in Sydney for the exhibition Sourcing the Muse which is now part of its permanent collection. 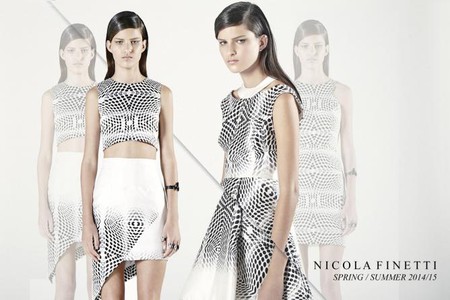 Ceramic artist Bruce Nuske creates teapots, pitchers, cups, bowls and jugs that play with the fluidity of the ceramic and evoke the elements of nature. Nuske’s pottery is both artwork and a utilitarian object, and, as such, it is meant to be used in everyday activities. The artist’s design show a deep understanding of European and Asian heritage of this ancient craft, his ceramics are all handcrafted and hand-painted with botanic themes, but they are also metaphorical vessels for intimate concerns about the sustainability of nature. Bruce Nuske’s work has been exhibited in various galleries around the world, including Flow Gallery in London and BMG Art in South Australia. 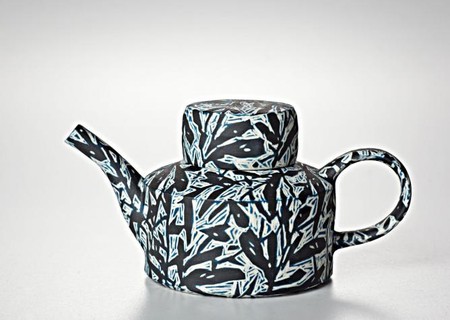