Every visitor to Sydney has heard of Bondi, Manly and Coogee — but what about the dozens of Sydney beaches that don’t make the guidebooks? Here are eight criminally underrated strips of sand that are every bit as beautiful as their high-profile neighbours.

This harbour beach is beloved by the locals on Sydney’s Lower North Shore, but it somehow remains relatively secret to the rest of the city. Just down the hill from the salubrious suburb of Mosman, Balmoral is peppered with upscale cafes and restaurants that straddle its leafy seaside promenade. Two of Sydney’s favourite nude beaches — Obelisk and Cobblers — are located nearby on Middle Head, too. 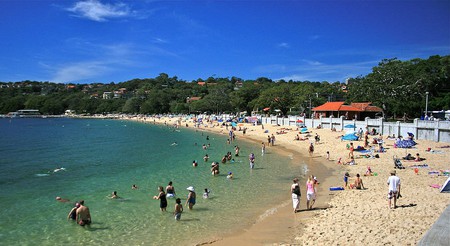 When your neighbour is Bondi Beach, it’s impossible to steal any of the limelight, but Tamarama is every bit as gorgeous as the strip of sand next door. This short shoreline is wedged between two bulging headlands on the iconic Bondi to Coogee Coastal Walk, which produces great surfing conditions. Its nickname? ‘Glamarama’, referring to the aesthetics of its immaculately preened inhabitants.

Stroll from Tamarama through Bronte, the Eastern Suburbs’ most family-friendly beach, and the dramatically photogenic Waverley Cemetery to reach Clovelly, a super narrow bay wedged between two rocky ridges. Grab a spot on the sand, take a dip in the ocean pool, work on your tan with the sun-kissed locals on the concrete walkway in front of the surf club, or enjoy a schooner in the beer garden of the famed Clovelly Hotel. 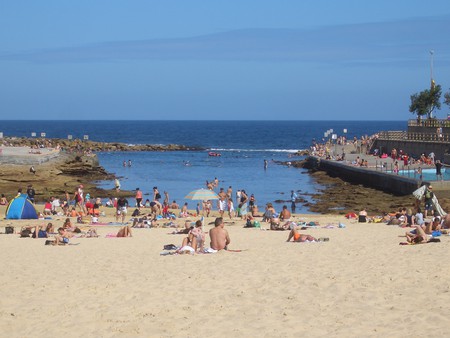 When the hordes of tourists hop off the ferry and make a beeline down the Corso to the sand of Manly Beach, fans of quieter swimming spots should turn left out of Manly Wharf and stroll down the Fairlight Walk. Enjoy a splash at Delwood Beach — a postage stamp-sized patch of sand shaded by towering pine trees — then set up camp in the grassy reserve at Fairlight, a serene corner of Sydney Harbour that’s never choked by hordes of visitors. 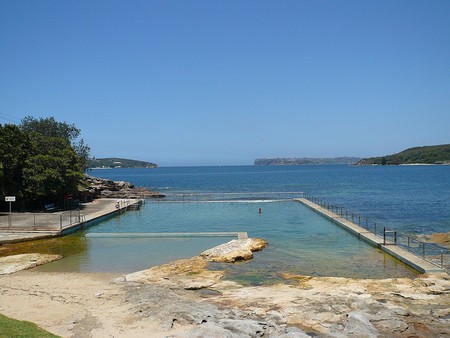 You can escape the Manly crowds at Freshwater, too, which is linked by a tunnel called the Wormhole that cuts through Queenscliff Head at the northern end of Manly Beach. Ask the Northern Beaches locals and they’ll tell you that ‘Freshie’ is one of their favourite strips of sand, perfect for swimming and surfing. In fact, this is where surfing was first demonstrated to Australians in 1914, by Hawaiian Duke Kahanamoku, who’s commemorated with a statue in the headland. 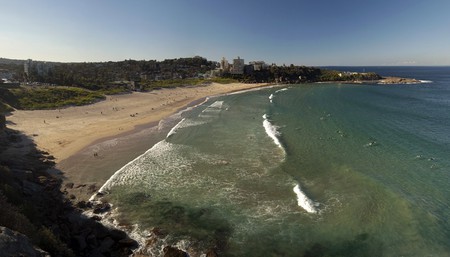 Whale Beach is like a miniature version of Palm Beach, its more famous neighbour to the north. Facing east out over the Pacific Ocean, this secluded strip of sand is home to a cracking surf break named the Wedge, as well as some of Sydney’s most enviable real estate. Don’t miss the gorgeous beaches at Avalon, Bigola and Newport on your Northern Beaches road trip, either. 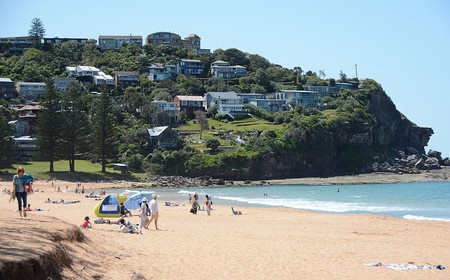 Ignore the fact that the infamous Long Bay prison is just a successful escape attempt away and you’ll enjoy a lovely afternoon at Little Bay, a calm swimming spot that’s shielded by rocks at either end, with some remnants of a century-old ocean rock pool still partially intact. Malabar Beach — situated between Little Bay and Maroubra, the busiest beach in this patch of southern Sydney — is another tranquil alternative to the bigger crowds in Maroubra. 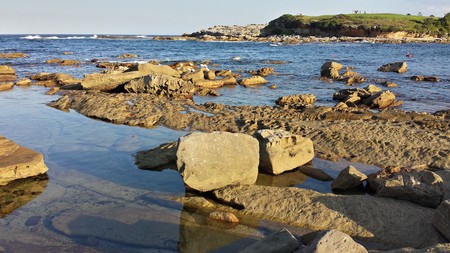 While the sand at Watsons Bay is blanketed with day-trippers fresh off the ferry from Circular Quay, Camp Cove boasts the same million-dollar views with none of the congestion. The calm, turquoise waters of this South Head secret offer an irresistible invitation to explore Sydney Harbour by snorkel or kayak … that’s if you can drag yourself away from your postcard-perfect picnic spot on Laings Point.