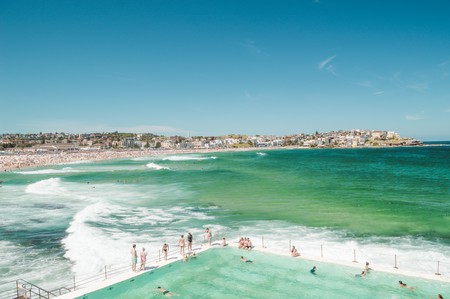 With its excellent internal transport links, modern amenities and attractions galore, Australia is the perfect place to embark on a solo travel adventure.

A backpacking trip down under is a rite of passage for many 20-somethings worldwide. If you decide to do said trip solo, don’t fret — Australia is a fantastic country to explore alone. Here’s everything you need to know before you go, including what to pack, safety tips and best destinations.

It’s not news that Australia is a large country, so your packing list may vary greatly depending on which parts you explore. For example, Cairns or Airlie Beach on the Great Barrier Reef enjoy a warm climate year-round, so shorts, swimwear and sundresses are suitcase essentials. However, further south in Melbourne, which does experience all four seasons and has a more stylish vibe, a winter coat and layers are necessary in cooler months. 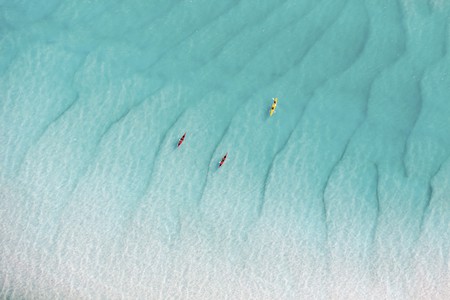 Here’s a guide to packing for a trip that may include travel between Melbourne and Cairns.

1 jacket for cooler mornings and evenings

2 pairs of pants (jeans are great for cities, while loose-fitting cotton pants/joggers are better for the east coast).

1-2 jumpers/sweaters (not necessary if visiting in summer).

At least 6 tops, which can include singlets/tank tops, blouses for city exploring and plain t-shirts that go with all bottoms.

1 pair of dressier shoes. If sticking to Queensland, choose sandals. For Sydney and Melbourne, this could include boots or flats, depending on the season.

Sunglasses and hat for sun protection

1 umbrella, as Melbourne’s weather is unpredictable and north Queensland’s summer is defined as the wet season. 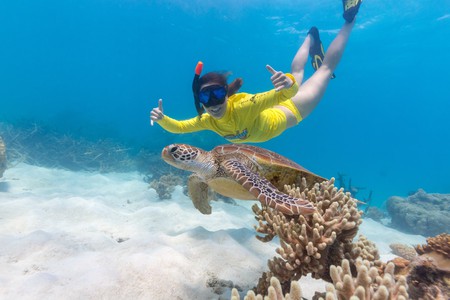 Australia is a safe country to visit as a solo female traveller. Generally speaking, Australians are very friendly and helpful; particularly when it comes to small town hospitality. Here are some safety tips for travelling around Australia alone.

If you have an extended amount of time in Australia and want to take your time travelling up the east coast for example, look at Greyhound. One of the world’s most reputable bus companies, Greyhound is the main bus service in Australia as well. Oz Experience offers hop on/hop off travel pass packages with Greyhound, which may be more cost-effective if you’re travelling from Sydney to Cairns. Sometimes night buses are unavoidable, especially when covering great distances, which is the norm in Australia. If sleep is on the agenda, lock your bag to avoid theft. 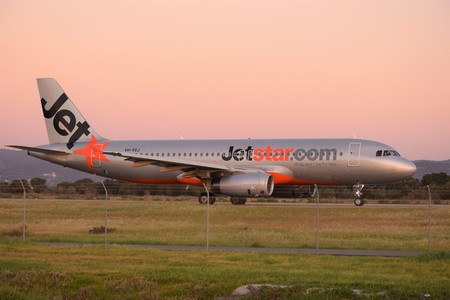 Otherwise, flying is usually the most cost-effective and efficient method to get from A to B in Australia. Look at budget airlines Jetstar and Tigerair, which regularly offer amazing flight deals. Train travel is not as popular or extensive in Australia as it is in Europe or North America. The same can be said about hitchhiking, which isn’t common. Read our guide for information on how to navigate public transport throughout Australia, as its major cities have great networks. You can also easily purchase most transport cards at 7-Elevens or local convenience stores.

Australia is known for its deadly animals. When visiting northern Australia, be aware that stinger (jellyfish) season lasts from approximately October to March. Several major beaches fortunately have stinger nets installed for safe ocean swimming. It’s also recommended to keep eyes peeled for warning signs for crocodiles, in both the sea and in freshwater swimming holes.

As a suggestion, avoid walking around quiet city streets alone at night.

Although pickpocketing isn’t known to be as common in Australia as it is in Europe, it’s still worth keeping an eye on your belongings at all times. 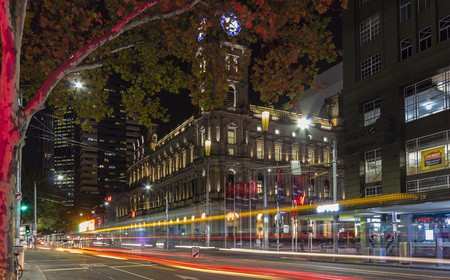 Each of the three major cities on Australia’s east coast have a specific area that locals don’t recommend walking around alone at night. In Melbourne, it’s Flinders Street and Swanston Street in the CBD. Sydney’s King Cross can attract over 20,000 revellers on Friday and Saturday nights, where drinking can regrettably lead to aggressive behaviour. Fortitude Valley is Brisbane’s smaller version of Kings Cross.

How to meet others

Staying in hostels is a fantastic way to meet other travellers in Australia. YHA is a hostelling organisation that owns some of the country’s best hostels. In Fremantle, you can sleep in former prison cells at Fremantle Prison YHA. Meanwhile, the Sydney Harbour YHA in The Rocks has the most impressive rooftop views. Stay in a dorm room and talk with your bunk mates, hang out in the common areas and get involved with the nightly events held at some YHA hostels. 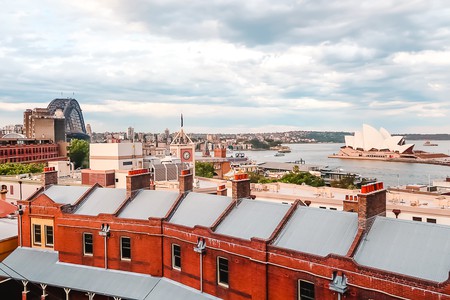 Views from the rooftop at Sydney YHA | © Bex Walton / Flickr

There are also several organised tour companies operating around Australia. Group tours are a great way to travel around the country, as you are guaranteed to meet people, and you will get to see a host of incredible sights. Popular options include Contiki, which organises adventure tours like Cairns to Sydney, and across the Northern Territory from Alice Springs to Darwin. Adventure Tours is an alternative, which has a Broome to Perth option, if exploring wild Western Australia takes your fancy.

The best destinations for solo female travellers in Australia

Let’s start with Melbourne, which is a fantastic destination for solo travellers. Firstly, the city is very easy to navigate via public transport. There are also plenty of attractions in the city to keep you busy. You could spend a day simply café hopping or visiting world-class art galleries and museums. Melbourne is also a perfect base for incredible day trips. Do an organised tour to Phillip Island to see the penguins, visit the Great Ocean Road or wine and dine in the Yarra Valley. 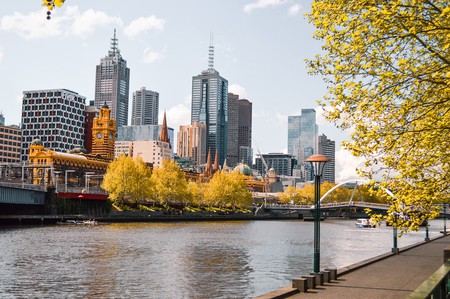 Next up is Sydney, which effortlessly combines city and surf. Spend your time in Australia’s biggest city checking out the main attractions around Sydney Harbour, before heading to beautiful Bondi Beach. A worthwhile day trip from Sydney is to the Blue Mountains, which offer a totally different experience from Sydney’s hustle and bustle.

Located in northern Queensland, Cairns is a laid back tropical city that acts as a gateway to two UNESCO World Heritage Sites: the Great Barrier Reef and the Daintree Rainforest. There are several local tour companies offering day trips to the Great Barrier Reef. Definitely visit either Fitzroy or Green Islands (or both). Nudey Beach on Fitzroy Island has been named one of Australia’s most beautiful beaches, which is a big accolade. A trip on the Skyrail or Scenic Railway to Kuranda is also mandatory when visiting Cairns. 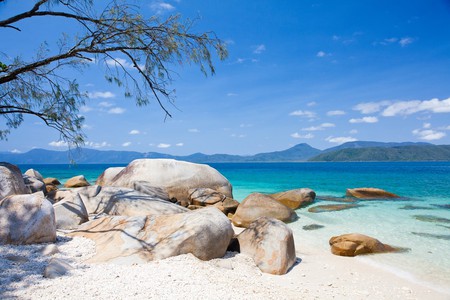 Airlie Beach is south of Cairns and another destination to visit to get up close and personal with the Great Barrier Reef. But wait, there’s more. Airlie Beach is also home to the stunning Whitsunday Islands. Take a day trip to Whitehaven Beach, spend the weekend on luxe Hamilton Island or splash some cash and do a scenic flight over Heart Reef. The best part is, all of these activities are perfectly suitable for solo travellers. 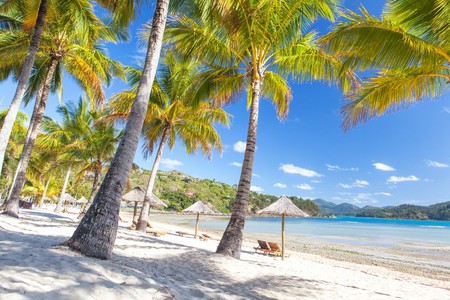 An often overlooked destination in Australia, Perth is worth the long flight. Get a selfie with a quokka on Rottnest Island, check out the wineries and beaches of Margaret River, and see the skyline view from Kings Park. A visit to Perth isn’t complete without visiting its hipster next door neighbour, Fremantle either. 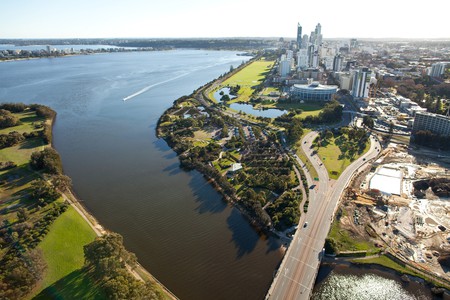