With nearly 3,000 snake species slithering around the earth, the ones in Australia have earned themselves a special reputation.

There are over 170 snake species in Australia

Roughly 140 species of land snakes and 32 species of sea snakes have been identified Down Under. Of these roughly 170 species, 100 of them are venomous, but despite this large number, only 12 are likely to cause a wound that can kill.

To help keep people safe and equipped to deal with the worst, there are courses that teach best practice for managing contact with venomous snakes. AnimalArk, for instance, offers wildlife education and training in Perth, led by trainer and herpetologist David Manning who has worked with snake species from across the world for 30 years. 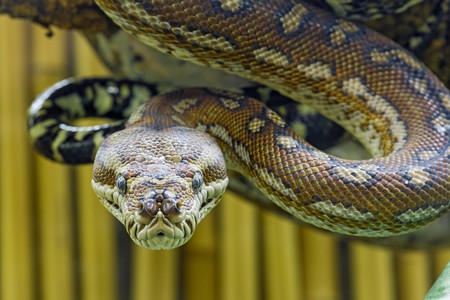 They don’t need venom to kill their prey

In striking – sometimes up to three or four times – they bite and inject venom through their sharp fangs, paralysing their victim, resulting in an inability to move or death, making it easier for them to eat their kill. Not all snakes require venom to subdue their prey. While this is often the case, others use constriction to immobilise the victim. For example, pythons wrap their strong bodies around their prey, suffocating it until death ensues. However, both constricting and venomous snakes have the ability to eat their catch whole, by dislocating their upper and lower jaws.

They have an almost perfect record of striking and not missing

Different types of venom have different effects, but there are some similarities – such as a near 100% success rate when they strike. The toxins they release break down tissues and blood, making their prey easier to digest. Victims experience pain at the bite site, followed by difficulty breathing, vomiting, nausea, blurred vision and numbness in the face and limbs. 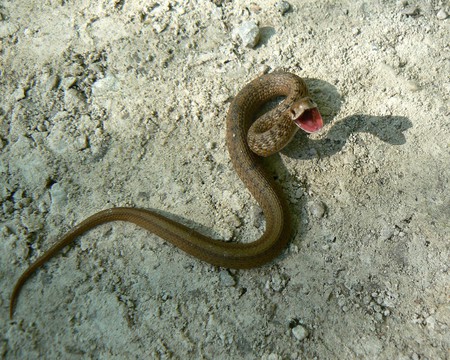 The Eastern and Western brown snakes are responsible for most deaths

Responsible for the most amount of reported deaths, venom from both the Eastern and Western brown snakes causes blood clotting disorders and paralysis. The good news is that there is anti-venom to reverse these frightening effects. Other deadly snakes in Australia include death adders, copperheads, taipan snakes, red-bellied black snakes and tiger snakes.

They are responsible for only two deaths per year

On average, only about two people a year die from snake bites in Australia. So it’s rather rarer than people assume and fatalities can often be put down to human error. Generally, the person will have been trying to kill the snake, or show off to their mates – resulting in the animal freaking out and attacking. 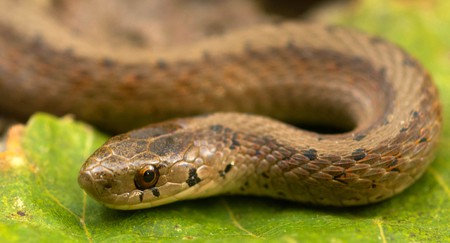 They have heat sensors that help them to identify their prey

Snakes have poor eyesight, so they sense prey through heat sensors. Not only can they pick up vibrations, but they can also tell the difference between a change in ambient temperature and in body heat from their quarry. They can also ‘taste’ different odours in the air.

They live almost anywhere, including your pipes

Their natural habitat is in oceans, trees and the bush; however, they have can be found almost anywhere, including in people’s shoes, under pillows and in your pipes. 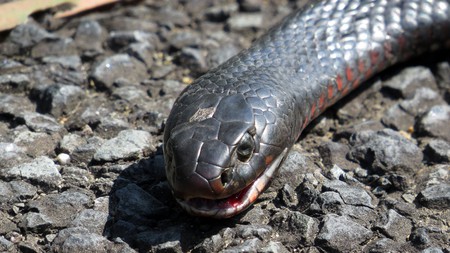