Ry X: ‘I’m Just Trying To Love Everyone I Meet A Lot’ 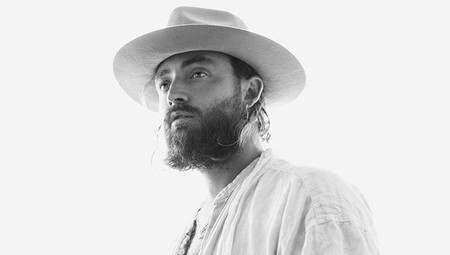 Ry X is looking out at the perfect blanket of snow that is covering every grubby inch of London. ‘How romantic,’ he coos at the window. It’s like the Gods have heard he’s in town and have conjured up the exact conditions that you imagine while listening to his songs – these fragile compositions of wintry beauty that are deeply romantic yet leave you with an ache in the pit of your stomach.

‘I think it’s just exploring the depth of a heart,’ he says of his tenderly forlorn tunes, perched on a seat on the balcony of Shoreditch Town Hall where he’ll be playing later that night. ‘I have a lot of big feelings. If you think of it like a lake. Sometimes I feel, although it’s not true, that my lake is a lot deeper than other people’s. I just feel stuff deeply and that comes out in music.’

It’s music that was created for cosy nights cocooned in a cabin in the woods in front of a log fire. His breakout album, 2016’s Dawn, which led to accolades, commercial success and a Sam Smith cover of his song ‘Berlin’, was actually his second stab at making it as a musician. His self-titled debut was released in 2010 under his real name, Ry Cuming, and he readily admits he wasn’t keen on the stripped back collection of acoustic indie pop even at the time. Unhappy with the experience, he retreated and took off travelling.

He’s reflective about it all now. ‘I look back at that and see it as all part of the process to come here. I have a lot of gratitude for all of the failures and all of the ways I didn’t respect myself as a person. What I’m trying to do up there [on stage] is be naked for people and be honest. When you’re not doing that as an artist, you’re not doing the role. The times I wasn’t doing that I was just learning. I wouldn’t be here without it.’

Reinventing himself as Ry X, he introduced atmospheric electronic beats to his gently plucked acoustic melodies. He also has a side-project as one third of The Acid and is heavily involved in Berlin’s techno scene. He’s firmly committed now just to be himself rather than fit into a mould that the music industry has assigned to him.

Brought up on Woodford Island in New South Wales, Australia, he had a carefree childhood. His parents wandered around naked at home. His entire school was attended by just 11 kids. Having lived all over the world in places like Germany, Costa Rica and Indonesia, he considers himself a true nomad. ‘As a kid I had a lot of space,’ he says. ‘A lot of time to be in my imagination. A lot of time to connect with nature, to my family and close friends so I learned how to build deep relationships with less people. I still think I’m better in that context. I learned how to be alone a lot.’ 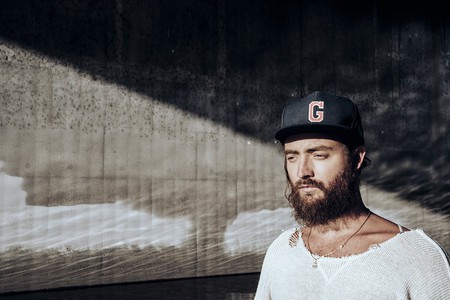 We start talking about birthdays. He tells me he’s a Taurus. Because he’s the kind of guy that you’d expect to talk about star signs. Not just because he’s a bearded hippy, which he most certainly is, but because he’s the sort of person who seems very interested in the people around him. The type that inspires confidence and over-sharing just moments after you’ve met him.

Dressed in a black beanie, orange scarf and navy coat, he looks like a tanned traveller just returned from a stint in Bali. He’s a big fan of yoga and surfing. His happy place is by the ocean. He answers each question with a deeply introspective reply keen to give you the most complete answer he can. There’s a warmth to him that you can hear in his music. It’s in the tenor of his voice, a haunting falsetto that soars with hushed grace. It’s in his songs as he confides in us about these raw, intimate moments from his life.

He’s in London to play a show even though he has no album to promote and everyone advised him not to in case no one bought any tickets. Each night was sold out. But that’s the kind of person he is. He doesn’t see obstacles, they simply don’t exist in his world. He once said: ‘I don’t see the world the way that most people see it’.

‘I see things differently because I grew up differently,’ he explains. ‘I don’t seem to see barriers as much as I feel other people do. I talk to people intimately, I see they have a lot of fear. That’s not how I work. It just comes from a place of growing up with a lot of trust in the world thanks to my parents. Just trusting myself in figuring it out. Not being afraid if it doesn’t work out. I think most people are encumbered by their fear above all else.’

It won’t be long before he returns to the city. He’s already planning another show at the end of the year to launch his new album, which he’s been working hard on. ‘I’m almost done, actually,’ he admits. ‘I’ll spill the beans with you. I’m probably going to do one show for the album release, maybe somewhere like the Barbican. This show sold out in five days so we want to pencil something else in for people who couldn’t get tickets. I’m going to be putting out another record later this year so I’ll be going back to California after this show to keep working on the album.’

He calls the album, which is still untitled, an ‘evolution’ from Dawn but is keen to stress that he won’t stray too far from what his fans know and love him for. Once again, he’ll be mining from his relationships and life. ‘I’m excited about pushing the boundaries a little bit while retaining the connection to the heart of what Ry X is. Yeah, next album coming. It’s a similar palate but more mature and more interesting. I’m excited to see how people respond.’ 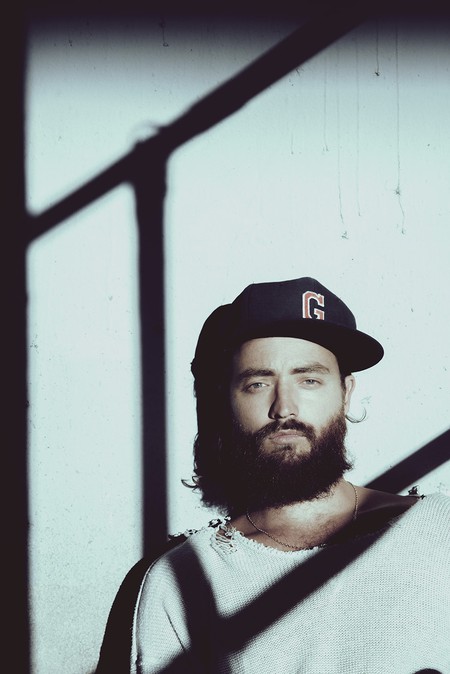 At its essence Dawn was about love. Each track unfolds, an old romance brought back to life. ‘They’re all based on certain relationships I’ve had. Sometimes I’m exploring my relationship with myself without being a dick about it.’

The singer describes himself as a die-hard romantic. ‘I started to understand that doing the work is really fucking romantic. Before that it was just the beautiful unfolding of these moments and these gorgeous connections but I’ve realised as I grow as a man that showing up is the most romantic thing you can do for someone. My idea of romance is changing but I’m very much a romantic all the time.’

What’s the most romantic thing you’ve ever done? ‘Had a child with a woman that I loved,’ he replies. ‘That I still love even though we’re not together. What’s more romantic than that? Not sleeping for weeks and months at a time. Pouring everything you have into this little being. That’s when you realise what love is. When you step out of yourself and watch this little heartbeat running around outside your body in this human form.’

Love is the feeling he is always chasing. He’s forever striving for that deeper connection with other people and not just in a romantic relationship.

‘I’m just trying to love everyone I meet a lot. I’m not afraid of hugging people. I’m not afraid of the deeper feelings because I have them. If someone breaks down in front of me, I’m like, “This is great. Let it out. You want a massage?” I massage everyone all the time.’

He smiles as his manager comes to take him away. Then he’s off – ready to conquer the world one hug at at a time.