Renovating a Global Icon: Sydney Opera House Gets a Facelift 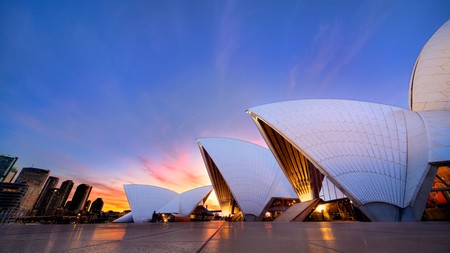 In 2013, the UNESCO World Heritage-listed Sydney Opera House began a 10-year renewal plan, with extensive renovations scheduled to conclude just in time to celebrate its golden jubilee in 2023. Over the past seven years, numerous refurbishments have been made to both the interior and exterior. However, this year is about tackling the most difficult and important aspect of the entire structure – the Concert Hall. 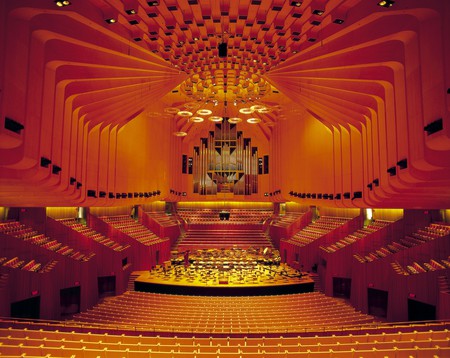 When the Sydney Opera House opened in 1973, it became an instant global icon, celebrated for its impressive and unique design. To this day, the enormous curved, shining white sails are instantly recognisable, and render the building unlike any other on earth. As time progressed, however, it became clear that Jørn Utzon’s design was focused on aesthetics, rather than functionality. In particular, the Concert Hall became renowned as much for its terrible acoustics as for its beautiful performance space. Now, as the Opera House embarks on its most ambitious year of renovations yet, Culture Trip takes a look at what guests can look forward to once it reopens its doors.

A house for all

Nearly every Sydney resident has at least one memory of a visit to the Sydney Opera House that stays with them forever. For Fiona Winning, director of programming, it was witnessing Nelson Mandela address the Australian public from the Opera House steps in 1990. “It was an extraordinary moment,” she says. “I think about all the Sydneysiders coming out in force to see him speak on the forecourt. Now, to work here, to do that walk across the forecourt and see the sails and the harbour daily… it’s pretty special.” The Opera House welcomes more than 8.2 million visitors and hosts over 1,800 events each year. To this day, it endures as one of the major draws for tourists visiting both Sydney and Australia at large. 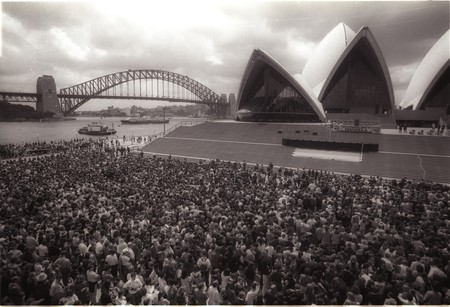 When Danish architect and Pritzker Prize Laureate Jørn Utzon won the competition to design the Sydney Opera House in 1956, he may have underestimated the complexity of his model. Construction and engineering issues plagued the initial years, and in combination with political pressures, they eventually resulted in Utzon’s resignation from the project in 1966. Australian architect Peter Hall went on to oversee the completion until it finally opened in 1973.

Andrew Hayne, principal of ARM Architecture, the firm heading the renovations of the Concert Hall – which closed in February 2020 and is to due to reopen in late 2021/early 2022 – explains that one of the most challenging aspects has been ensuring that the new technology and design blends seamlessly with the pre-existing structure – celebrating and preserving the original elements while fixing the fundamental flaws. 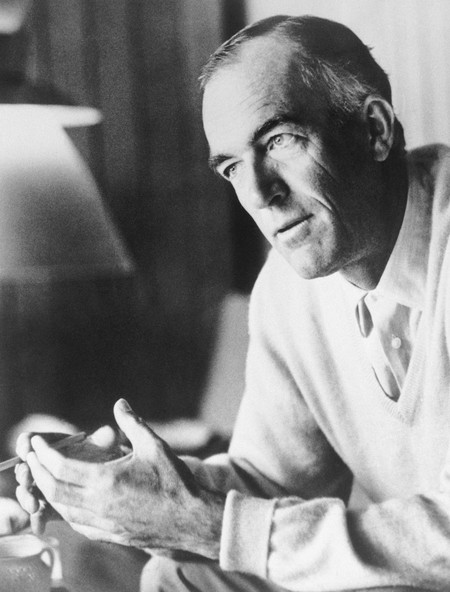 “We love to delve in deeply to the work that we do, to understand the story behind a project,” he says. “Obviously one of the things that Utzon faced with his own design was trying to resolve the brief that was given to him while fitting in the beautiful shapes he’d created. Then when he left and Peter Hall took over, he faced the same challenges, of trying to fit everything in that complex geometry.”

When it was announced in 2013 that the Sydney Opera House would begin the enormous task of renewing the entire space in the lead up to its 50th anniversary, many wondered why the changes hadn’t been made sooner. It was widely recognised that the Concert Hall’s acoustics were sub par, and that the building required additional upgrades. However, given the immense scale of the renovations as well as the loss of revenue from closure, the project faced delays and pushbacks. The final catalyst, Winning explains, was simple: “It was just time”.

“It’s a deeply loved venue, and every building needs maintenance and upkeep,” she says. “The theatre machinery that was state of the art in the 1970s is no longer state of the art. We wanted to prepare it for 21st-century uses. It’s a big programme of work over 10 years, improving acoustics for artists and audiences, access for people with mobility needs, and a flexible and safe working environment for staff behind the scenes.” The comprehensive renovations will total more than 275 million Australian dollars (£135 million), with the Concert Hall’s upgrades amounting for 150 million dollars of the figure, and funded by the NSW Government.

In 2011, actor John Malkovich said the acoustics were “hideous,” likening the Concert Hall to an “aeroplane hangar”. Now, major structural adjustments will be made to vastly improve the acoustics, directed by acousticians Müller-BBM. These will include the addition of new above-stage reflectors, replacing the acrylic, cloud-like “doughnuts” currently in position above the stage, as well as a new automated sound system to effortlessly switch from classical to amplified mode, and the lowering of the stage to improve sightlines and intimacy between artists and audiences, among other changes.

“The acoustics have been known to be problematic ever since it opened,” Hayne says. “One of the main issues with the acoustics is its variability, so there are some seats where you’ll get a great acoustic experience, but there are many where they are flawed for symphony performances. And the geometry of the room is one of the key contributors to that – the length of the room and the distance from the stage to the very back of the wall is significantly longer than what you’d find in a contemporary concert hall.

Another major aspect of the renovations has been to improve accessibility, an element that, while labour-intensive, is crucial and long-overdue. “The addition of a passageway in the eastern foyer, and a lift in the northern foyer connecting all levels, will make it very easy for people who have mobility issues to get access to other parts of the hall that they haven’t really been able to in the past,” Hayne says. “One of the key things the House is hoping to achieve is to make the magic of the Concert Hall somewhere that people of all needs can get to experience.”

One of the most significant aspects of the Concert Hall’s renovation has been to better prepare it for contemporary music performances. For over a decade, the Sydney Opera House has booked some of the world’s leading musical acts and talks by notable figures, from Oprah to Bob Dylan, the Pope to Massive Attack. And while traditionalists may argue that it was never intended to host pop and rock concerts, the wide variety of options means that more guests can enjoy a trip to the Opera House. Given that, in 2019, 40.7% of the 1.4m tickets sold were for contemporary performances, it’s clear that it’s no longer a solely classical performance space – a move Winning explains was wholly deliberate.

“We see the Opera House as being for everyone,” she says. “So, we need to consider that change of use and diversity of work as we move into the next 50 years. That means we’re catering to different kinds of audiences. An audience for Lizzo or Iggy Pop might be very different to an audience for orchestral music. But they’re equally important.”

As a result, there are considerable structural and technical adjustments that are required. “A lot of artists are wanting to put on more complex visuals as part of their performances, and we also use the Concert Hall from time to time for circus or musical theatre. We want all of these art forms to be well serviced so that the production value is brilliant.” Hayne agrees, adding that, “From our point, we see it as a great feather in the cap for the House that they can have both the symphony playing there and then a fantastic contemporary band a few hours later,” transitioning from one to the other, “in what we hope is a couple of minutes, simply pressing a couple of buttons.”

For the greater good

It’s been estimated that the Opera House will lose around AUD$20m (£9.85m) in revenue during the concert hall’s two-year closure. However, Winning is adamant that because other spaces, such as the Joan Sutherland Theatre (which closed for eight months of renovations in 2017) will remain open, programming will be minimally impacted. “There are six other venues and outdoor spaces that are activated as much as possible,” she says. “So we’ve got shows on across 363 days a year, and, of course, all our restaurants and bars are still open for business as well. So, it’s still a very active site.”

Once completed, Winning hopes that the Sydney Opera House will endure as one of the world’s premier performance locations for decades to come – admired for its acoustics and technology as much as its design. When asked what she hopes it will go down in history as, Winning concludes that it would be as “a building where the best and most ambitious work can be staged successfully, safely and brilliantly, so that audiences can have transformative experiences at this beautiful, iconic site.”