Rainbow Serpent: The Story of Indigenous Australia's God of Weather 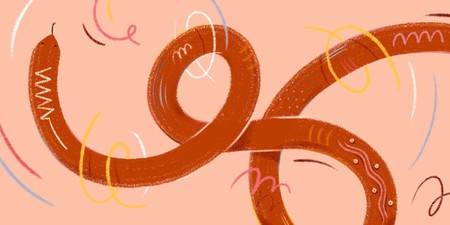 The Rainbow Serpent is the pre-eminent creator god in Indigenous Australian mythology — but this isn’t a creation story in the European ‘Adam and Eve’ sense. Learn a little bit about this iconic Dreaming tradition with our basic introduction.

The Dreaming — which, simply put, refers to the epistemological beliefs of Indigenous Australian cultures — refers to the ‘everywhen’, an era when ancestor beings and creator spirits roamed the earth forming the landscape, and an era that lives on today in the places and creatures all around us. The Rainbow Serpent is the most famous of these totemic creation stories, owing its name to non-Aboriginal anthropologists who threw the title over a number of similar yet diverse narratives about a giant snake who is believed to be the source of all life. 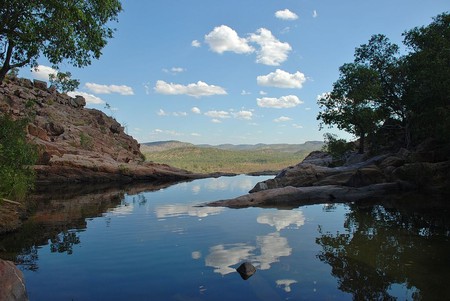 There are a number of different iterations — the specific story depends on the climate and culture of the Indigenous group telling it, and there are dozens of different names used by the hundreds of distinct languages spoken across the country. The various versions don’t all agree whether the snake is male or female or androgynous, but they do all agree that the serpent provided the font of life — water — and is even considered the creator of the universe in some cultures.

The stories share a common thread: a gargantuan snake slumbered beneath the surface of the earth before emerging from the ground to awaken different groups of animals, forging physical features like hills, gorges, rivers and lakes into the once-featureless terrain. The Rainbow Serpent slithered all over the country, occupying waterholes, providing nourishing water and forming geographical features en route.

Sharing a similar arched shape, the rainbow and the serpent are common motifs in Indigenous art. Scientists have found rock paintings in Arnhem Land in the Northern Territory featuring this ancestor spirit that date as far back as 8000 years. The Rainbow Serpent represents the life-giving value of water as well as the cycle of the seasons. The revered totem can also be destructive — in the case of floods — when it is not respected. 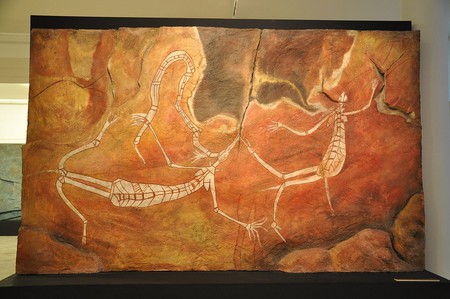 Rainbows are believed to be the serpent snaking from one watering hole to the next, replenishing waterholes around the country, which explains why some sources of water never dry up even during times of great drought. The Rainbow Serpent tradition is also particularly connected to ceremonies and rituals surrounding fertility — menstruation is sacred to many Indigenous cultures because of its regenerative and indicative of reproductive power, much like the legendary serpent. Indeed, the Rainbow Serpent is often depicted as a vagina in paintings because of the ‘new life’ symbolism.

Belonging to the single oldest surviving civilisation on earth, the Rainbow Serpent is one of the oldest spiritual beliefs in the world — and it hasn’t disappeared in modern times. The iconic creator spirit continues to play a central role in the Dreaming tradition, and influences non-Indigenous art and culture, too. 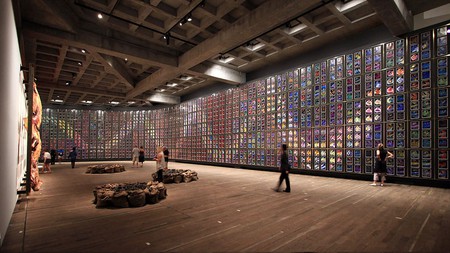 There’s hardly a single person who’s attended an Australian school over the last four decades who hasn’t read Dick Roughsey’s award-winning children’s book The Rainbow Serpent, a staple of libraries everywhere since 1975 and most non-Indigenous Australians’ introduction to the Dreaming. The Rainbow Serpent electronic music festival is (ironically) held on the Australia Day long weekend outside Melbourne each year, while in Hobart’s iconic MONA museum, there’s a warehouse-sized installation by esteemed Australian artist Sidney Nolan named Snake, a massive mural of the Rainbow Serpent made up of 1620 individually painted panels.