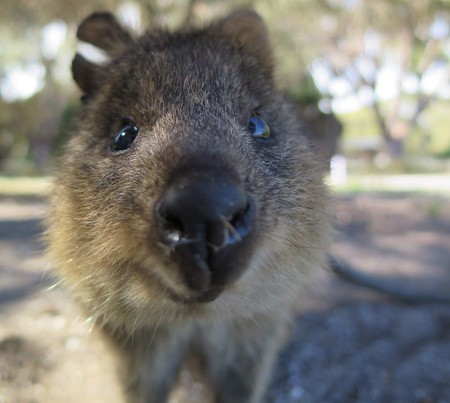 There’s not much Aussie wildlife that can match a quokka for cuteness, with its cheeky grin, friendly personality and resemblance to a mini-kangaroo. Learn 11 things you might not have known about Australia’s most adorable animal.

They live on Rottnest Island

There are a few tiny quokka communities dotted around the south-east of Western Australia, but the healthiest population exists on Rottnest Island, just a quick ferry trip from Perth or Fremantle. Around 10,000 of these furry little fellas inhabit ‘Rotto’, as the locals call it, as opposed to just 4,000 or so on the mainland. 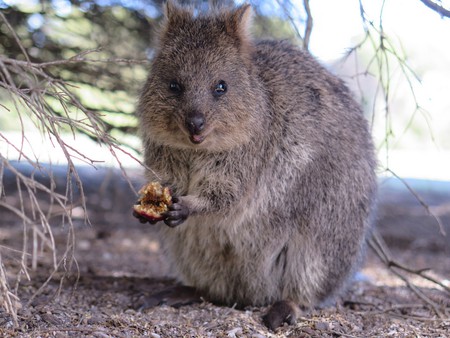 They gave ‘Rotto’ its name

When Dutch explorers first encountered the West Coast of Australia in the late 17th century, captain Willem de Vlamingh thought quokkas were giant rats, and labelled the island ‘Rotte nest’ after the Dutch words for ‘rat nest’. The name ‘quokka’ itself comes from an Indigenous word, ‘gwaga’, in the local Nyungar dialect.

Quokkas aren’t just the cutest creature in Australia — they’ve also been labeled the happiest animal in the world. From New Zealand to the UK, CNN to National Geographic, the tag sits comfortably on the shoulders of such an adorable animal that loves to approach admirers — quokkas are believed to be so warm around humans because Rottnest has been separated from the mainland for 7,000 years. 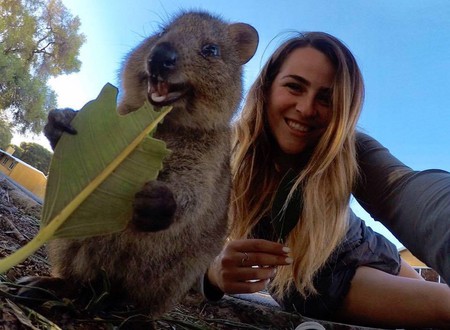 They smile because they’re hot

Quokkas come across as extra friendly because of the cheeky grin that’s permanently on their faces, and it looks like they’re saying cheese when they pose for the camera. But all this smiling is actually an evolutionary feature that helps them pant and cool off — a big plus for furry residents of an island that’s bathed in sunshine 12 months a year.

Another way quokkas avoid the heat is by sleeping in the shade during the day, then coming out to play at night. That means you should be particularly careful when cycling around car-free Rottnest at dusk… although clever quokkas are pretty adept at dodging visitors.

Quokkas don’t just look like miniature cat-sized kangaroos — they come from the same family as Australia’s national animal. Kangaroos and quokkas — as well as wallabies, wallaroos, pademelons and a few other species — belong to the macropod family, a group of herbivorous pouched marsupials native to the Australian continent.

You shouldn’t feed them

It’s difficult to resist the urge to flick a quokka a cheeky cracker or piece of bread when one bowls up to you during a picnic, but ‘human’ food can malnourish the little guys and fines of $300 apply. It’s also illegal to handle quokkas, and animal cruelty carries a heavy maximum penalty of a $50,000 fine and a five-year prison sentence. 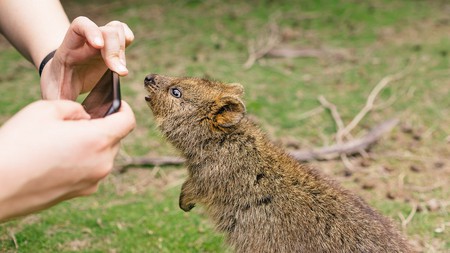 Check out the hashtag #quokkaselfie for thousands of the cutest Instagram uploads you’ll ever be lucky enough to see. Want to snap your own quokka selfie on Rottnest? Visit Thompson Bay or the main settlement around dusk. Remember to not touch them, and in fact, you don’t need to approach them at all — quokkas are so friendly that they’ll come up to you.

The Swiss tennis maestro posed for a #quokkaselfie of his own last December when he was in Perth for a recent tournament, and Federer isn’t the only celeb to Instagram their quokka encounter. Aussie Hollywood stars Margot Robbie and Hugh Jackman, model Tash Oakley, and actors Martin Clunes and Teri Hatcher have all fallen for the charms of Rotto’s famous inhabitants.

There’s an online classifieds named after them

Need to buy, swap or sell something in Western Australia? Then look no further than quokka.com.au, which is WA’s very own answer to CraigsList or Gumtree. For two decades these online classified have created a network of buyers and sellers in the Wild West… and what better name for the website than Australia’s cutest animal?

Rabbits are pests in Australia, so bunnies make way for native animals like bilbies around Easter. Since 2017, the Margaret River Chocolate Company has sold ‘Chokka the Quokka’ for $25 a pop, donating a portion of the profits towards the conservation of the animal on Rottnest Island.