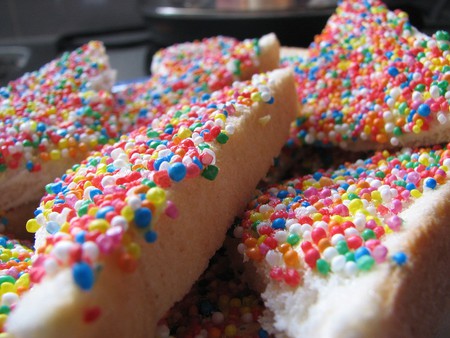 Healthy Harold. Commonwealth Bank Dollarmites. Agro’s Cartoon Connection. Yep, you had it pretty good if you grew up in Australia in the 1990s. And these nostalgic snacks were the icing on the cake… literally.

If your mum was a talented baker, your birthday parties would feature one of those insane creations out of the Australian Women’s Weekly cake book. But if she wasn’t a budding MasterChef contestant, you probably had one of those Woolies mud cakes with the white squiggle on top instead — every bit as delicious.

It’s still on the shelves, but when was the last time you heard that iconic jingle blaring out of your TV? The 1990s, that’s when. Of course, you only remember belting out the schoolyard version: “My dad picks his nose, that goes to Snottee’s…”

Despite the best efforts of cricket legend and all-round loose unit Shane Warne to bring them back in 2015, these rings of saucy goodness remain discontinued — sadly consigned to the memory of kids who remember popping one on each finger then munching them one by one. 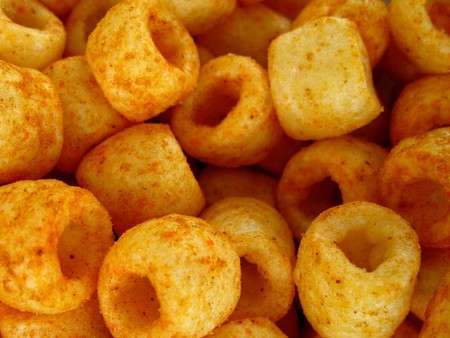 These little round chocolate snacks — a spin-off from Ovaltine, the powdered drink that was never quite as good as Nesquik or Milo — were one of those treats that seemed to only exist within the four walls of the primary school tuck shop.

Any ‘90s party that didn’t include a big plate of fairy bread wasn’t worth the lolly bag at the end of the day. Who would’ve thought that Wonder White, margarine and hundreds-and-thousands could combine to form such a transcendent culinary masterpiece? 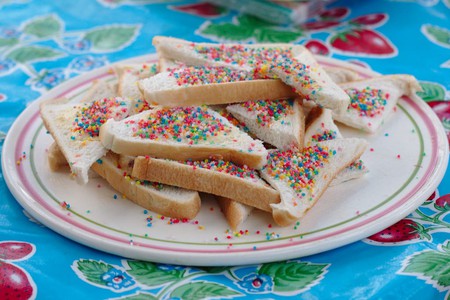 Arnott’s tried to change the recipe in 2016, but the public uproar meant that lasted about as long as Bernard Tomic’s appearance on I’m A Celebrity… Get Me Out Of Here! Pizza, barbecue, chicken crimpy — nothing says ‘little lunch’ like a packet of these beloved biscuits.

School lunches in the 1990s usually contained something dippable: either a Le Snak for cheese fans, or Dunkaroos for sweet-tooths. Sure, the choc-hazelnut dip was a pale imitation of Nutella but who can resist a roo-themed treat (especially with ads like these).

Despite their peculiar tetrahedral shape — which must have been an absolute nightmare for those poor mums in the canteen trying to pack them into the freezer — these flavoured ice blocks were as big a part of ‘90s Aussie summers as imitating the Waugh brothers in backyard cricket. Sadly discontinued in 2016.

This Uncle Toby’s favourite was the bane of dentists Australia-wide throughout the ‘90s, wrenching countless baby teeth out of their gums with its violently sticky consistency. 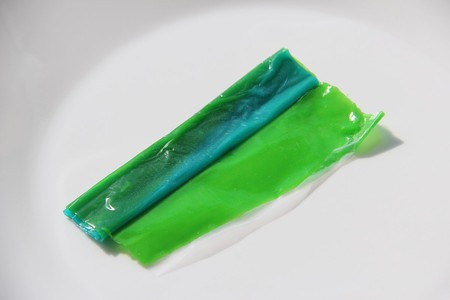 They’ve mercifully been reintroduced, but these gobsmacking crisps were discontinued in the 2000s — perhaps because they stopped producing excellent commercials to the tune of Hit Me with Your Rhythm Stick featuring the hottest Australian celebrities of 1992.

Years before you survived university subsisting solely on Mi Goreng, these dried noodles were your fuel in the schoolyard, featuring a blue furry character that looked like Cookie Monster’s deformed cousin on the packet.

Not exclusive to the ‘90s — Aussies have tucked into lammos every since they were invented in the 19th Century — but for millennial types, that unique combination of spongecake and coconut takes you straight to a place: a backyard birthday party with party pies on the table and So Fresh on the stereo. 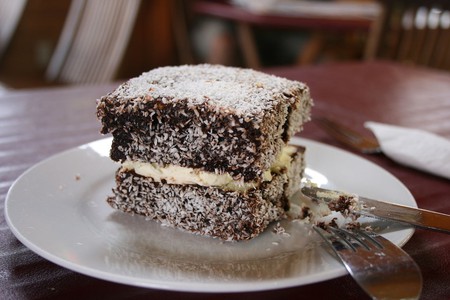 This chocolate-wafer-marshmallow concoction has been so sorely missed since Nestle gave it the chop in 2009 that there’s a Facebook page devoted to the (maybe illegal?) distribution of counterfeit knock-offs. The humble Polly Waffle also holds a special place in the Australian vernacular as a euphemism for the bodily excretion it so vividly resembles.

This Kellogg’s classic sprung onto supermarket shelves during the 1990s, placing it right up there with PlayStation and Furby as the greatest inventions of the decade. But what does LCM stand for, anyway? Well, according to Kellogg’s themselves, absolutely nothing.