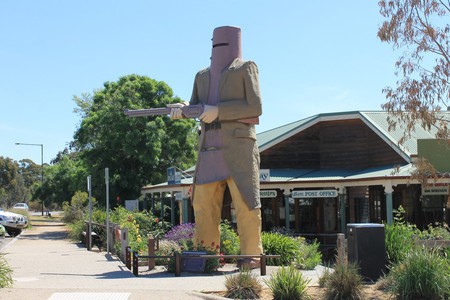 To some Ned Kelly is a folklore hero, and to others he was a criminal who should be forgotten. Regardless of your stance, there’s no denying that Ned Kelly and his gang of outlaws have been integrated into Australian history. This infamous bushranger spent much of his life in rural Victoria, and his last months were spent in Melbourne. Culture Trip explores Ned Kelly’s Australia, from his childhood home in Beveridge to his last breath at the Old Melbourne Gaol. 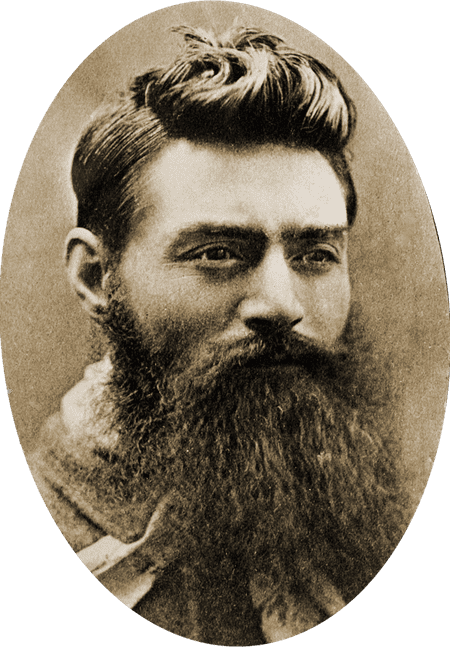 48 kilometres north of Melbourne lies the birthplace of notorious bushranger Ned Kelly. The rural town of Beveridge sits alongside the Hume Freeway within the City of Whittlesea. Located on the corner of Kelly Street and Stewart Street is the weatherboard cottage that Ned lived in as a child. Ned’s father John ‘Red’ Kelly built the home using local materials including bluestone. In 2014, the 3.5 acre property on which the Kelly cottage sits sold for $640,000. While in town you can also see Beveridge Catholic School which the Kelly kids attended. 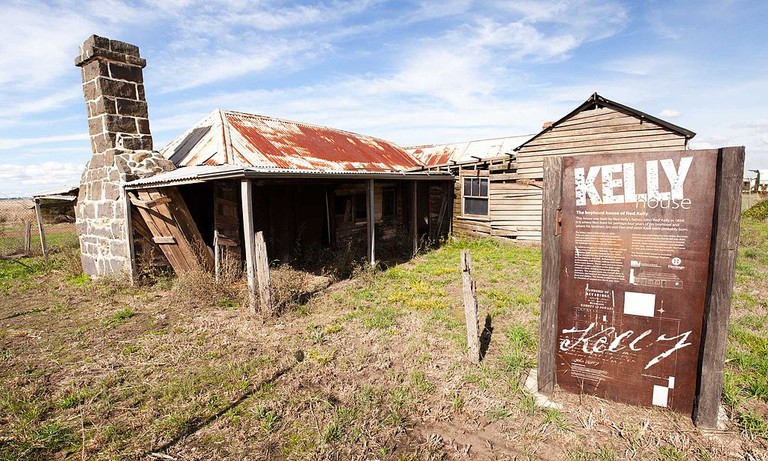 Kelly’s boyhood home, built by his father in Beveridge in 1859 | © David.moreno72/Wiki Commons

From Beveridge, the Kelly family moved to Avenel, near Seymour, where Ned and his siblings attended Avenel Common School. It was in Avenel, about 150 meters from the bridge over Hughes River where Ned saved the life of Richard Shelton, who had almost drowned after trying to cross over a fallen tree. For his selfless and heroic act, Ned was awarded a silk green sash which he wore under his armour in the battle in Glenrowan. Avenel is also the resting place of Ned father’s John who died on the 27th of December 1866.

After the death of his father, Ned and his family moved to Eleven Mile Creek, now known as Greta West. Greta was the location of Ned’s first arrest at age 14, and is the resting place for Ned’s mother Ellen. The land on which they lived is still owned by Kelly descendants, but is not accessible to visitors. All that remains are ruins and collapsing chimney stacks. 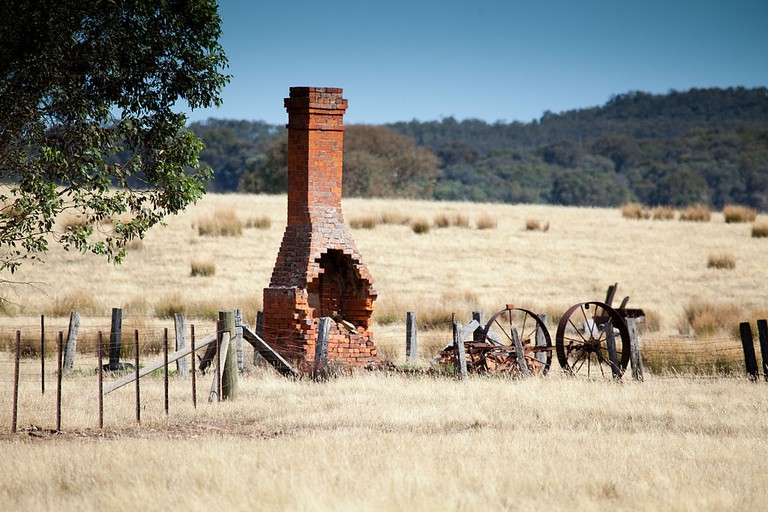 Remains of the Kelly residence at Greta, where the Fitzpatrick incident took place | © David.moreno72/Wiki Commons

After the shootout between the Kelly Gang and the police at Stringybark Creek on the 26th of October 1878, the Kelly gang travelled to Euroa and robbed the bank on the 10th of December 1878. The bank has since been replaced by a modern building, but a plaque remains to mark the location. The day before the robbery, the Kelly gang rested at Faithfull Creek Station.

The town of Benalla is immersed in Kelly history. Ned Kelly was often arrested in Benalla, and the town became the police headquarters for the Kelly Gang manhunt. Ned Kelly admitted to shooting Fitzpatrick at The Old Courthouse, and many family members often appeared here. The Benalla cemetery is the resting place of Joe Byrne, and at the Benalla Costume and Kelly Museum you can see the green sash, firearms, and other Kelly memorabilia and records. 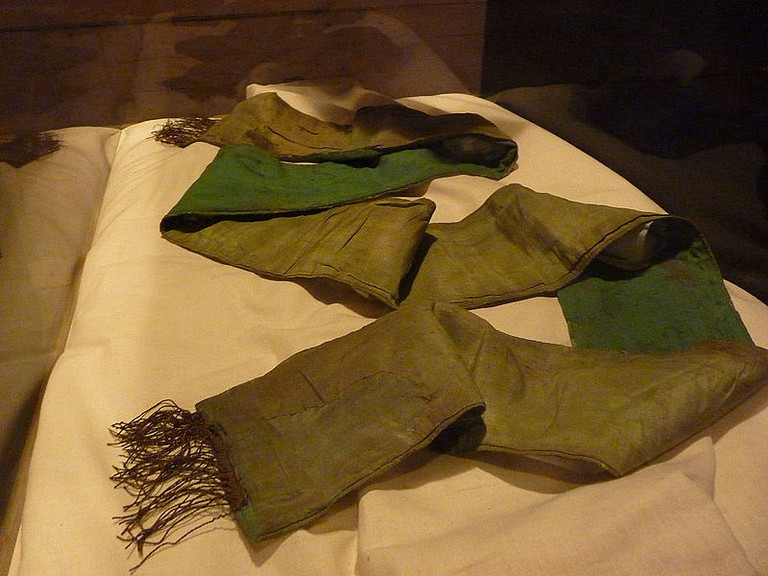 Three hours north of Melbourne is Beechworth. HM Prison Beechworth, now known as Beechworth Prison, was where 20-30 suspected Kelly Gang members, supporters, and family members including Ellen Kelly were held for almost four months without evidence. Kelly was also imprisoned here on three occasions, including while on trial for murder in 1880, and is known to have stayed in cell 101. The Kelly Gang also rode through Beechworth on the way to the final Glenrowan shoot off. 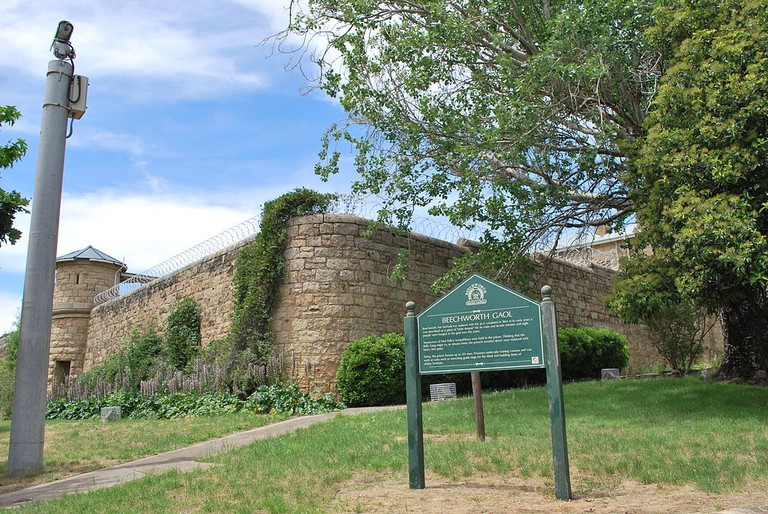 Given a National Heritage Listing on the 5th of July 2005, the 19-acre historical precinct of Glenrowan is the site of the Kelly Gang’s last stand. The original railway platform is located in this area as well as the site of Anne Jones’s Glenrowan Inn. The Kelly Gang took over Glenrowan on Sunday, the 27th of June, and the final shoot off took place at Anne Jones’s Glenrowan Inn where Joe Byrne, Dan Kelly, and Steve Hart died. In the early morning of Monday the 28th of June, Ned Kelly was seized and arrested. Today, there is a six-metre statue of Kelly and a recreation of Ned Kelly’s last stand at the Glenrowan tourist centre. 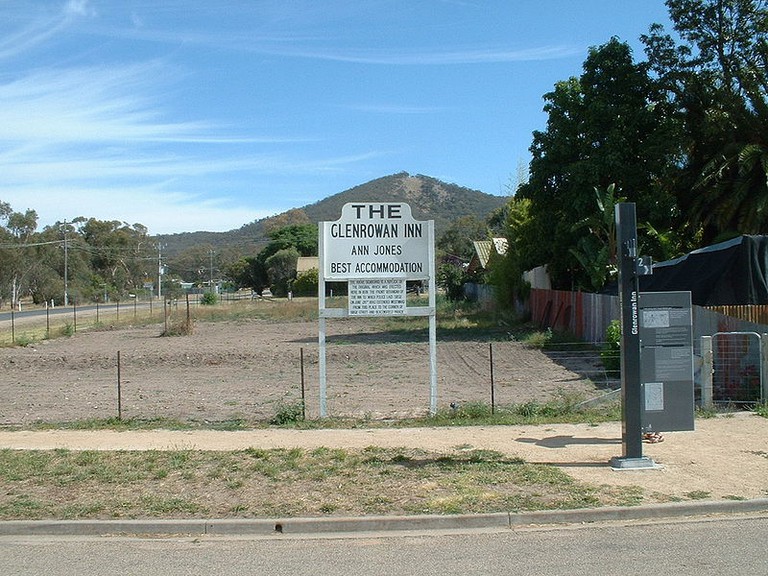 Ned Kelly arrived at the Old Melbourne Gaol on the 29th of June, 1880, and was kept in the hospital to recover from injuries obtained in Glenrowan. Once recovered, Ned was moved to solitary confinement. His mother was also serving time in the third block. Both Ned’s original cellblock and his mother’s cell were demolished, but Ned’s second cell and the platform from which he was hanged still exist. On the 11th of November, at the age of 25, Ned Kelly was hanged, and his last words are rumoured to be ‘Such is life.’ On display is Kelly’s death mask and the pistol used in the final battle, amongst other things. 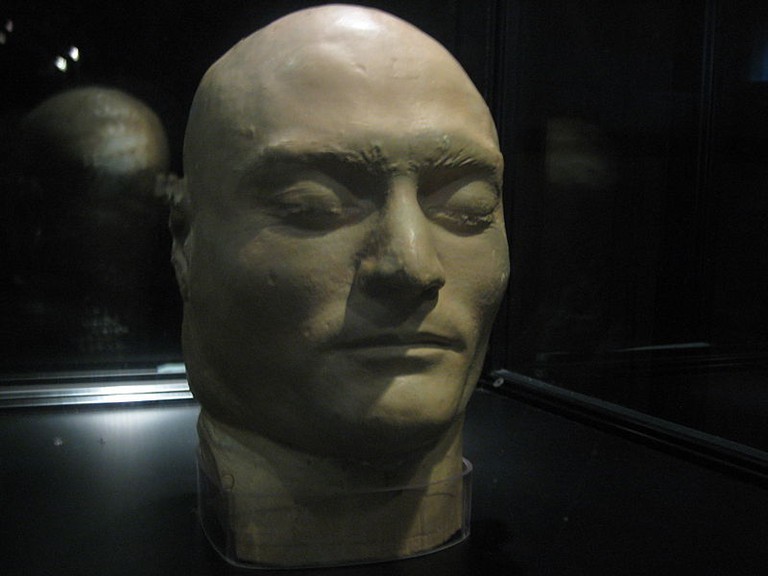 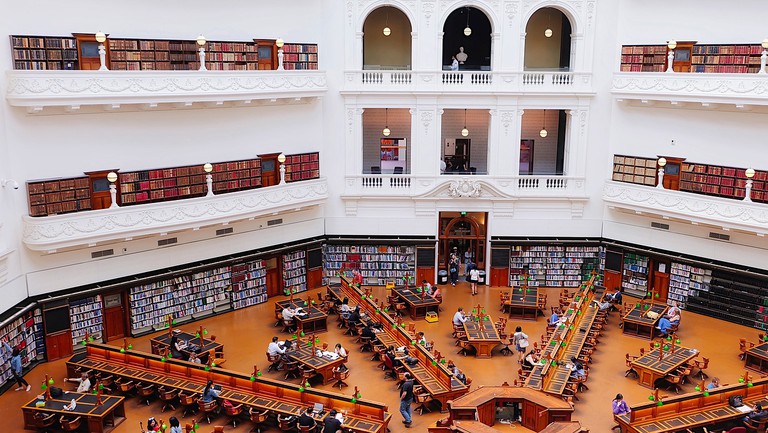 Pixabay
Located on Swanston Street, the State Library of Victoria holds Kelly family photographs, police telegrams, newspaper reports, as well the Jerilderie letter, written from Ned to Joe Byrne, Ned’s armour, and a death mask. The armour was made from iron and is a quarter of an inch thick, weighing 44 kilograms. The suit is one of the most recognizable symbols in Australian history. Dan Kelly’s armour is on display at the Victorian Police Museum.
Open In Google Maps
328 Swanston Street, Melbourne, Victoria, 3000, Australia
+61386647000
Visit Website
Visit Facebook page
Give us feedback

Museum
Facebook
Email
Twitter
Pinterest
Copy link
Share
Map View
Inside ACMI’s Screen World’s exhibition in the Emergence section is the armour that Heath Ledger wore in the 2003 movie Ned Kelly. It’s reported that Ledger even tried the original armour, saying, “It was quite eerie actually […] we’re the same height and the same body weight. He was skinny ’cause he was starving, I’m skinny ’cause I don’t go to the gym.” The film premiered two blocks away from where Ned was hanged. At the 2003 AACTA awards, Ned Kelly won best costume design and best production design.
Open In Google Maps
Flinders Street, Melbourne, Victoria, 3000, Australia
+61386632200
Visit Website
Visit Facebook page
Give us feedback
Give us feedback