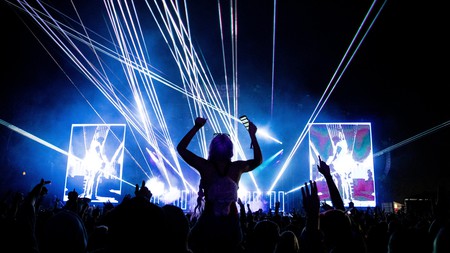 The laid-back Australian beach town of Byron Bay has a calendar packed with world-class festivals. Whether you’re into art, independent film, spiritual healing, music or surfing, here are seven must-visit Byron Bay festivals to experience in this sun-soaked coastal hub. 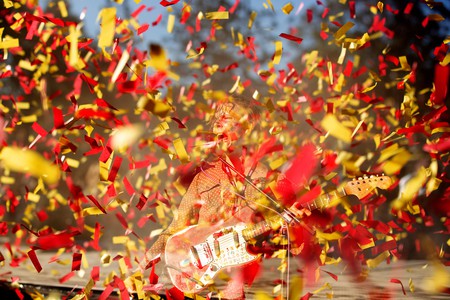 Get your groove on at the Byron Bay Bluesfest

When: Over the long Easter weekend

If you love blues and roots music, head to Tyagarah farm for Byron Bay Bluesfest. Since launching in 1990, the festival has attracted some of the genre’s top talent, including James Brown, Joss Stone, Bob Dylan and Mary J. Blige. The five-day event features over 200 acts performing across multiple stages, as well as food stalls, licensed bars and beer gardens. Creators have even launched a First Nations Boomerang festival in conjunction with Bluesfest to celebrate Bundjalung culture with traditional music, dance and art. 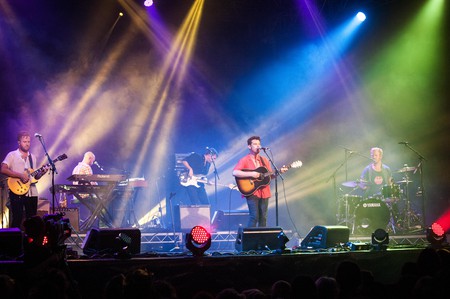 Australia’s largest regional film festival showcases the work of independent filmmakers from over 40 countries. The Byron Bay International Film Festival is known for its friendly vibe and open audiences, so settle in for 10 days of film spanning multiple genres – from documentary to the environment, human rights, music, surf and even virtual reality. Get the full industry experience with red carpets, networking at the sunset bar and opening and closing parties attended by film talent.

Nourish your body and soul at Byron Bay Starlight Festival

Starlight is a spirituality-themed festival that embodies the true essence of Byron Bay, aiming to nourish your body and soul. Experience crystal singing bowl sessions, all-day yoga classes with acclaimed instructors, psychic readings and shamanic practices. Throughout the four-day festival, listen to expert speakers and take part in workshops on health, sustainability and healing. When you’re not blissing out, browse the wellness market for natural products and gorge on gourmet vegan food.

Catch some waves at the Byron Bay Surf Festival

Byron’s honey-hued beaches and rolling waves have long been a magnet for the surfing community. This culture is honoured at the annual Byron Bay Surf Festival with two days of surf demos as well as live music, films and markets. Compete in the Wategos Wizards competition and watch some of the world’s best surfers show off their skills at the Freestyle and Stoke Surf Sessions. You can also take part in beach cleanups and relax with a beer at the sunset cinema or Surf Legends Lounge. 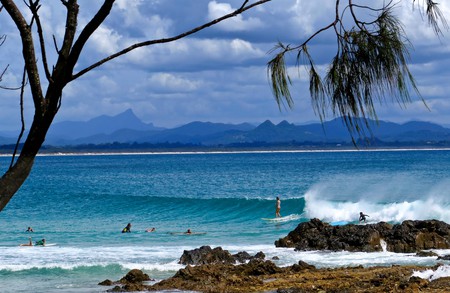 Camp out at the Falls Music and Art Festival

When: December to January

The idea for this famous music and art festival was born around a campfire in Falls Farm, Lorne, back in 1993. Since then, the Falls Festival has morphed into one of Australia’s biggest festivals with multi-day camping events taking place in Tasmania, Byron Bay and Lorne around New Year’s Eve. Camp out at the North Byron Parklands and catch as many of the 60-plus acts as you can, including international music stars, undiscovered local bands, comedians and theatre shows.

Get creative at the Byron Writers Festival

Where: Elements of Byron

Are you a budding writer? Then don’t miss this three-day festival that brings together hundreds of writers at a beachside location to salute the power of storytelling. The Byron Writers Festival has been running for over 20 years and offers a timetable filled with writing workshops and stellar literary speakers. Talks are held over six stages covering topics such as memoir, fiction, music, health and politics.

Experience a winter music extravaganza at Splendour in the Grass

Splendour in the Grass is one of Australia’s biggest winter music festivals. Come for three days of music mayhem at Byron Bay Parklands, where over 100 acts perform across three main stages and numerous smaller pitches. This NME Award-nominated festival caters to all music fans, from rap to psychedelic and mainstream pop. Join 30,000 revellers to camp, take part in dance and circus workshops, peruse the craft markets and enjoy art installations and food trucks. 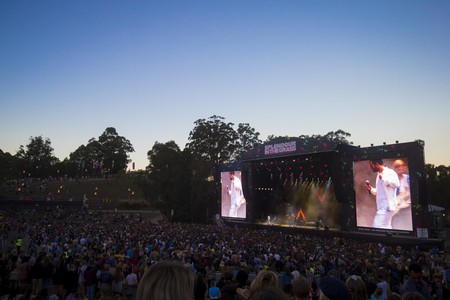