Explore Multicultural Melbourne Through Its Cuisine 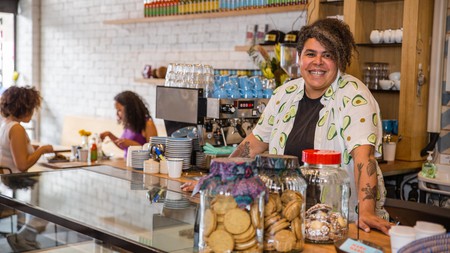 You don’t have to go far to find good food in Melbourne. There’s an abundance of restaurants and cafés on offer thanks to the city’s rich cultural history which has paved the way for experimental cooking that fuses global cuisines to create unique, mouth-watering dishes. Culture Trip goes in search of the authentic eateries in Melbourne where family cooking and tradition is what each restaurant stands for.

With more than 140 ethnic groups making up its population of 5m, Melbourne is home to some of the most culturally diverse communities in the world. It possesses a rich gastronomic history thanks to migrants from Europe, Asia and Africa who came to settle in Australia over the centuries. The past 10 years has seen a rise in chefs who work to keep recipes as authentic as possible, or who specialise in using Indigenous Australian ingredients in their dishes. And tying food to cultural heritage has become an important trend across the city’s restaurants.

This rings true for Pho Thin on Hardware Lane. Originally established in Hanoi in 1979 by Nguyen Trong Thin, the restaurant specialises in northern style pho with Stir Fried Up rare beef as its signature dish (the beef is fried in garlic and only later placed in the broth, unlike most other traditional recipes).

The first Australian branch of Pho Thin was co-founded by Le Ky Duyen, who wanted to bring northern-style pho to Melburnians.

“We opened Pho Thin in Melbourne because we wanted to bring Vietnam’s most traditional and authentic Pho here,” Duyen says.

With a focus on healthy food, keeping the pho free of preservatives was a key factor for Duyen and one of the main differences between the way the restaurant serves it and how it is made in Vietnam.

“Cooking healthy food is key for our business, so we use all natural ingredients to make a rich broth and healthy soup instead of using MSG (monosodium glutamate),” she says.

The other important factor in Duyen’s pho is keeping the ingredients as close to the original recipe as possible.

‘The most valuable resource for our pho is local herbs. We collect them from the highlands of northern Vietnam,” said Duyen. “That’s the secret, and what makes our pho’s flavour distinct from others in Melbourne.”

Thanks to restaurants such as Melbourne’s Attica, which specialises in dishes created with Australian ingredients, and Shannon Bennett’s Vue de Monde, which incorporates native produce into its fine-dining experience, there’s been an increased awareness of Indigenous Australian ingredients across the city. 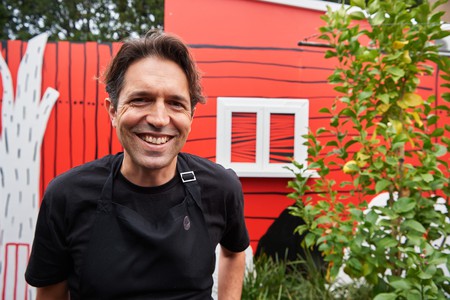 For Nornie Bero, the chef and owner of Mabu Mabu, which specialises in dishes prepared using fresh native ingredients, opening her Torres Strait café when she did was a matter of timing.

About 18 months ago Bero was offered the chance to open a pop-up deli stall at the South Melbourne Market where she started selling signature dips, bottled sauces and herbs and spices.

From her experience in the market she realised that there was “a hunger in Melbourne’s food culture for native ingredients and bush tucker to be used in food,” she says. “We have been blown away by all the interest.”

Today Mabu Mabu exists as a café and catering business and has provided the perfect opportunity for Bero to “showcase native ingredients and how versatile they are.” 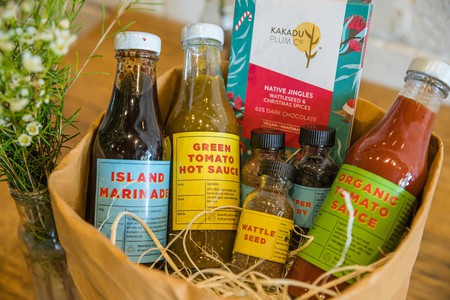 Each item on Mabu Mabu’s menu places indigenous ingredients at the forefront, whether it’s a hint of wattleseed added to a latte, the Mabu waffle with dragon fruit, or strawberry gum ricotta.

Bero says the café is big on sustainability and conscious of the natural environment. This is clear from the menu that includes dishes like kangaroo tail bourguignon, which Bero says she likes to include because “it is about showcasing how people can use the whole animal.” She explains, “Aboriginal and Torres Strait Islander people have always eaten kangaroo tail, traditionally cooked on an open fire for a significant period of time.” 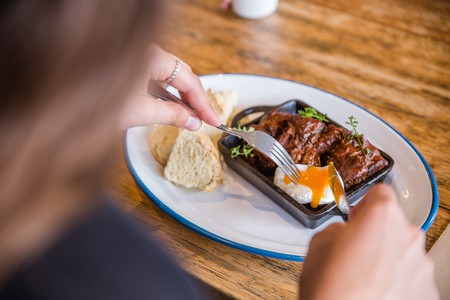 But the most popular items on the menu are the purple yams, Mabu Mabu’s take on smashed avocado: samphire and edamame smash is served on toast with lemon aspen and house damper and is particularly popular with vegans and vegetarians.

The ability to think creatively and adapt dishes on the menu for diners who don’t eat meat, has also worked well for the Sri Lankan buffet restaurant, Citrus. The restaurant makes all of its dishes entirely gluten-free and plant-based, and its non-meat dishes vegan-friendly.

Citrus, a family-run, fills a clear gap in the market. “I visited most of the Sri Lankan restaurants here in Melbourne, but all of them missed the traditional way of cooking, they had a lot of artificial flavours,” says Rav Somaweera, co-owner and manager of Citrus.

Some of the restaurant’s specialities include jackfruit curry, beetroot curry and devilled chicken with Sri Lankan spices.

What makes the food served at Citrus taste authentic is the use of imported spices, something that Somaweera considers essential in getting the flavour right.

“Most of the current cuisines here in Melbourne are not traditional, they all have added extras,” he said. “They are all modernised ways of cooking the Sri Lankan dishes or they are mixed with other cuisines – it’s not the way that our grandparents used to cook in the early days, using all the spices to flavour everything.”

Global cuisine with an Australian twist

While Duc Dang, head chef at Jamu, likes to pay homage to his mother’s cooking, his cooking is a twist on traditional Vietnamese food which pays respect to the various cultures in which he’s grown up and manages to find a balance between his eastern and western background.

“Most of my food is based on my heritage, which is Vietnamese,” Dang says. “I take the food memories – like mum’s cooking or what we ate at family gatherings – and I try to infuse that with my upbringing here in Australia.”

While at school, Dang recalls eating sausage rolls and McDonalds. This comfort food has played a part in Jamu’s current menu with items such as the cheeseburger spring roll, one of the most popular items on the menu.