Earlier this year, online property tool microburbs.com.au calculated Melbourne’s most hipster suburbs. Factors including creative degrees, proximity to tattoo parlours and art galleries, percentage of uni students and commuters were used, and below are the top five. Fitzroy, St Kilda, Collingwood, Flemington, and Windsor are the suburbs in which you’re most likely to find suspender-wearing green voters sitting on milk crates while stroking their bushranger beards and discussing foreign films.

Ranked third on UK Telegraph’s list of the ’15 Most ‘Hipster’ Neighbourhoods in the World’ is Fitzroy. Just two kilometres from the CBD, Fitzroy is not only the hippest but also Melbourne’s oldest suburb, dating back to 1839. Today, Fitzroy has a thriving arts scene where hipsters can be found taking snapshots of street art, ordering cold drip coffee at Industry Beans and enjoying baked camembert and gin at Naked for Satan. Cash-starved uni students can be found lining up for $4 pizza at Bimbo Deluxe, while vegans congregate at The Vegie Bar. There are also a number of art galleries including Strange Neighbour and the Centre for Contemporary Photography. 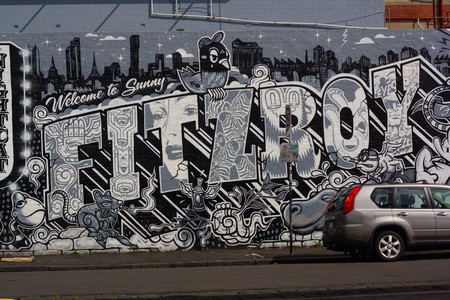 St Kilda is home to joggers and paddle boarders, although it’s not the active lifestyle that draws in the hipsters. Rather, it’s intuitions like Vietnamese restaurant Uncle on Carlisle Street and the street art in Monarch Lane off Acland Street. Vegetarian spots like the ‘pay as you feel’ Lentil as Anything and Acland Street’s Sister of Soul are all frequented by the plaid-wearing. Those paying off Art Degrees will enjoy the Red Stitch Actors Theatre, and when it comes time to comb that quiff, look no further than Aidan Joseph’s appointment-only barbershop, complete with post-rock. 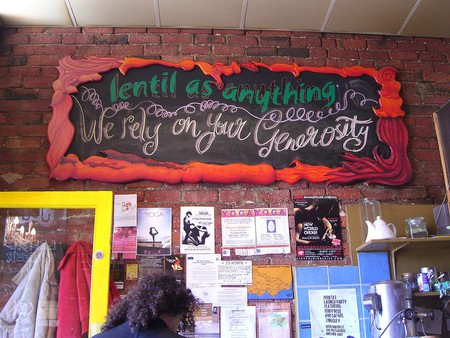 We rely on your generosity - Lentil As Anything | © Alpha/Flickr

In 2015, reports surfaced of hipsters eating lunch in a converted rubbish skip on Easey Street, complete with wooden stumps and milk cartons. Meanwhile, others from the Nickelodeon generation have been spotted masticating on croque monsieurs and grilled semolina at South of Johnston and deep-fried pop tarts at Easey’s. Those with late-night cravings can enjoy 2am wood-fired pizza washed down with 32 craft beers at Forester’s, and even hipster hounds are catered for at the pooch café DogHouse. 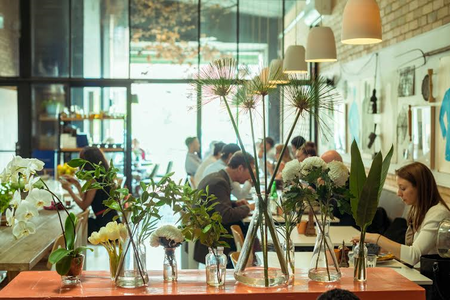 When it comes to fun, Melbourne’s beard brigade seek mind-bending amusement, and in Flemington, they can turn to espionage at the Escape Room. Those who prefer treasure hunting should opt for Hidden by Me and Rusty Rose Vintage Textiles & Homewares in Pin Oak Crescent. Hungry hipsters are often spotted in line at Laksa King, offering Malaysian and Chinese cuisine. Also on Pin Oak, opposite Newmarket station, is café Pepper, where the menu is simplistic and inclusive of vegans.

Often mistaken for Prahran, Windsor encompasses the bohemian end of Chapel Street and is home to Swinburne University’s arts campus. Hipster uni students can ride their bicycles and tricycles to the study nook Tusk Cafe Bar, located a minute from school, which has a large variety of fresh juices and free Wi-Fi. Further down Chapel Street, there is the Hoo Haa Bar and beer garden, and around the corner on Union Street, there’s a joint called Tyranny of Distance which serves some of Melbourne’s best hangover food, including drunken salmon tacos, Asian pancakes and freshly popped popcorn. Those looking for a new get up should head to Shag on Chapel Street, which has been around since 1996 and sells unique retro fashion and costume jewellery. 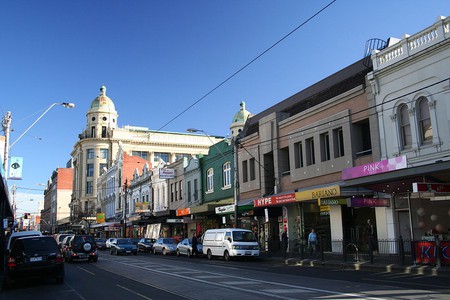