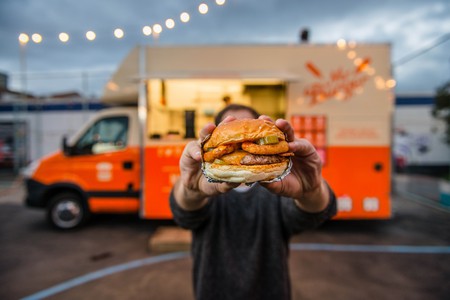 A gourmet alternative to fast food, food trucks are seriously on trend in Melbourne and have been for a while. In fact no event, festival or kerb seems complete with a vibrant procession of food trucks. However, among the fleet, there are a few which stand out for all the right reasons. Here are Melbourne’s must-try food trucks.

The orange blimp on Melbourne’s food truck scene is Mr Burger whose patties are so popular they now have five permanent stores and six trucks in rotation across Melbourne. You can go with the classic Mr Burger – the patty who started it all – Mr Hot stuffed with jalapenos and chili mayo, or Mr Double which – you guessed it – has double the good stuff with their signature Trucker Sauce. Also on the menu are chips with Cajun salt, trucker chips and heart palpitating selection of milkshakes including ginger-caramel cookie. Oh, and you can also thank Mr Burger for ‘Welcome to Thornbury.’ 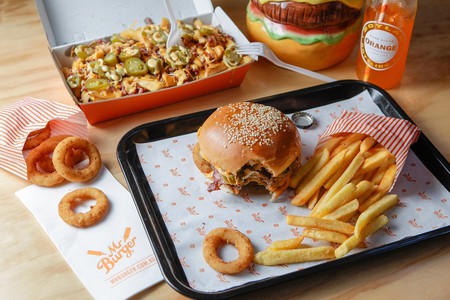 Taking the humble toastie to the streets is ‘sandwich pressery’ Toasta which first rolled out onto the streets of Melbourne in September 2014. Three years on they’ve now established the permanent Toasta & Co in West Melbourne and little brother Von Crumb has gained his own following. If you’re one for tradition, try their cheesy signature toastie or take a chance and surprise your palette with the Miguel which has spiced Mexican beans or the Mack Daddy with pulled pork and BBQ sauce.

Upholding Taiwanese tradition, Jenny Chen’s Ghost Kitchen dishes up authentic and nutritious street food inspired by the recipes of her ancestors. Ghost Kitchen’s regular haunt is Hank Marvin, and the colourful truck is also a favourite at festivals. No matter whether you order the Taiwanese Pancake with ‘the lot,’ vegetarian dumplings, gently braised pork belly Gua Bao or the cult classic salt ‘n’ pepper popcorn chicken prepare for a bold flavour journey into East Asia. 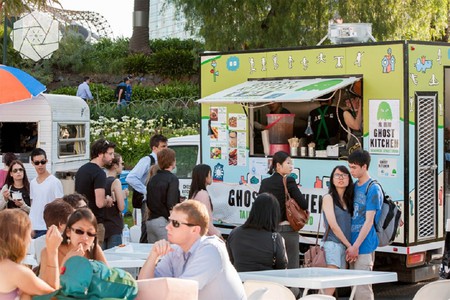 Since 2013 The Brûlée Cart has been proving that there’s always room for dessert. Parked at festivals and night markets, The Brûlée Cart torches a seasonal menu of delectable desserts straight out of their converted Mercedes-Benzes dessert bus. Favourite flavours to crack into include classic vanilla bean, lavender & honey, chocolate cointreau, and salted caramel & ginger topped with popcorn. The best part is The Brûlée Cart is now available through Uber Eats which means you don’t even have to leave the house.

Raph Rashid, the pioneer behind Australia’s food truck scene, is also the man behind both Beatbox Kitchen and Taco Truck. His soft shell tortillas are among the most coveted in Melbourne with fans happily queuing for his battered fish taco, vegetarian mushroom quesadillas and tortilla chips with guacamole. Other offerings include chicken, lamb, beef and bean tacos. Not only do the tacos surpass any expectations you have of Mexican food, but the truck itself painted festively with the word HOLA on the side makes every meal feel like a celebration.

When someone says 'I forgot to eat', I think they must be a special kind of stupid. I plan my entire day around eating #foodtrucks 😂😂😂 • ▪ Featuring Chicken taco w/ chipotle mayo, slaw, fresh tomato chilli salsa pickled radish | Fish taco w/slaw, lime squeeze, poppy mayo | House made corn chips along with guacamole.