Courtesy of Bluebonnet
Foodie capital of Australia, Melbourne has embraced the American barbecue trend with open arms. First, succulent pulled pork was the hallmark, and now it’s about getting beef brisket that melts in your mouth. Here are the top spots for a flame-licked feast.

Visit for Ike’s ribs, and then afterwards slide into The Beaufort to prop up the nautical-themed bar. The pub, designed as a nod to American dive bars frequented by sailors, has played host to temporary barbecue vendors in the past (including Fancy Hank’s). However, since 2014, it’s been a permanent member of the city’s BBQ club, with Ike’s tucked at the back. Unlike other joints, this doesn’t shy away from Americana. Embrace the Wild West saloon feel, wood heavy and featuring cattle skulls. Their burgers and brisket are great, but the pork ribs – hickory smoked and maple glazed – are the highlight. They are perfect with a glass of IPA and some rockabilly. 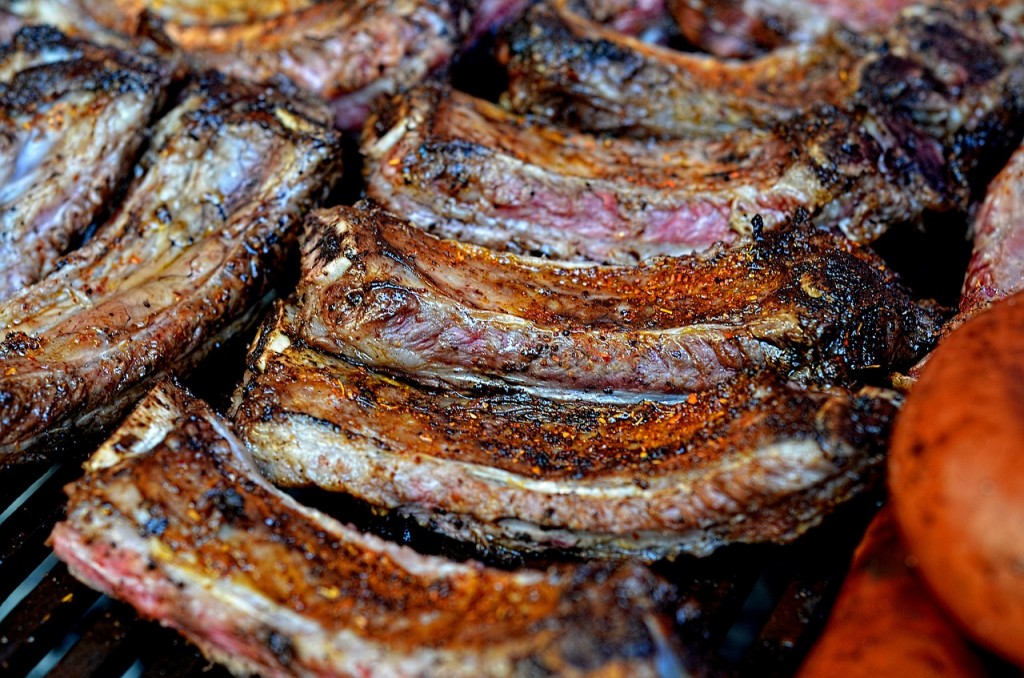 This place is an ode to New Orleans’ oyster bars, with menus offering a blend of Gulf Coast-style seafood (indulgent crab cakes with streaky bacon) and Texas pit-smoked meats. It’s run by two brothers from New Mexico – the same duo behind Richmond’s Mexican hot spot, Chingón – who have crafted a truly cool venue. Le Bon Ton‘s interiors have been pared back, with rustic brickwork and dark wood floors. Dimly lit by ornate metal chandeliers overhead, and with candles flickering over wooden tables, chaises longues beckon for an after-dinner absinthe. An intimate AstroTurf courtyard is where you find the smoking in action. Go hungry with friends, knock back a New Orleans Sazerac and tuck into the ‘Southern Pride’ sharing menu – where the Texan chefs will bring you mounds of ironbark-pricked protein and plenty of sides. 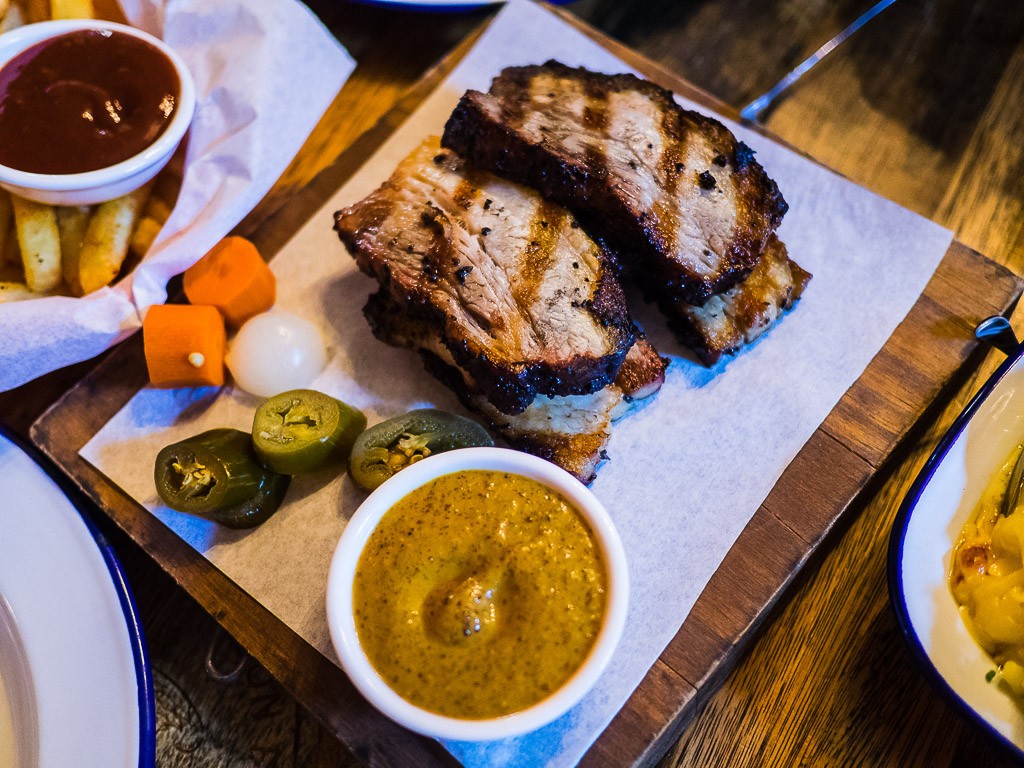 From the crew that created meat-and-bun sensation 8bit, Footscray has a modern twist on American joints: a striking building designed by Münch Valentić Architecture, a stylish concrete bar, and exposed walls painted black. Up in Smoke has an eclectic menu encompassing several regional and national cuisines, and an oft-changing craft beer bar is stocked with Victoria favorites plus some imports. Despite a move away from a Deep South-style (never any Texas number plates and bull horns on the wall, owner Shayne McCallum said), the $20,000 Yoder Frontiersman smoker was sourced from the Lone Star State. Meat fresh from the smoker is only available from 6pm (a shame with the black beauty sitting there), but a menu of smaller of items – pulled pork shoulder sandwiches, brisket burnt ends tacos, and smoky baba ganoush – is still so good that it’s devilishly hard to decide what to eat. 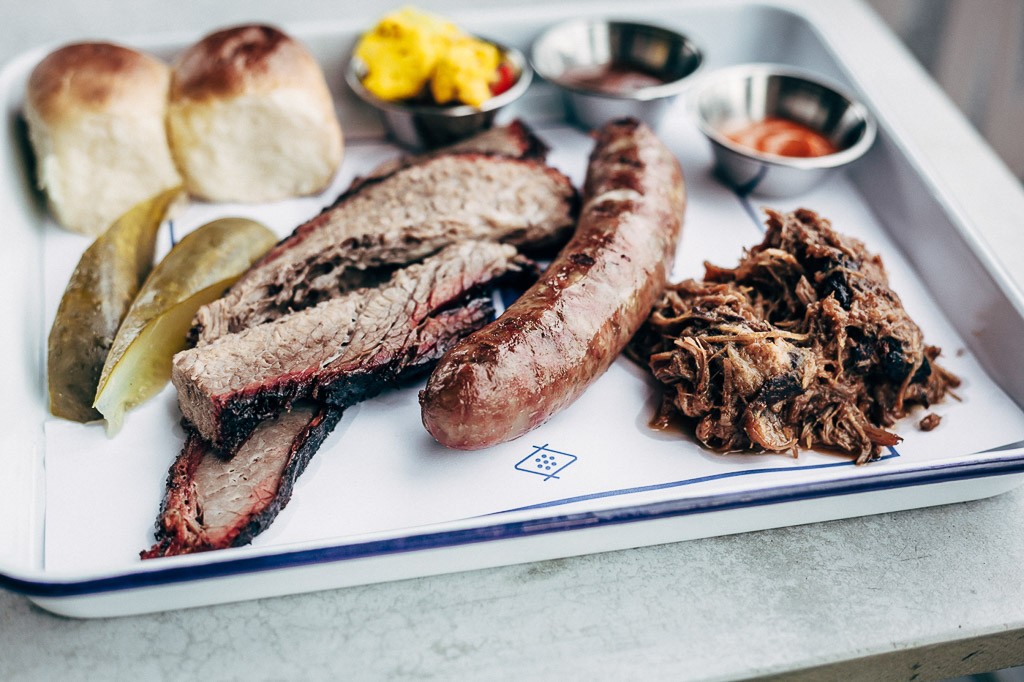 Courtesy of Up In Smoke

Market
Image courtesy of Fancy Hank's
After years of nomadic barbecue around the city, 2014 saw Fancy Hank’s settle in the city center. Overlooking Queen Victoria Market, this place hits you with tempting aromas wafting from the smokers before you even walk up the stairs. A small bar menu features sandwiches, but here you’re best going straight for smoked meats. These include beef brisket and Carolina chopped pork served on wooden boards or rib meat fallen from the bone, paired with sweet succotash. The simple concept works: order at the bar, get buzzed when it’s ready and pick it up from the kitchen. Simple – just concentrate on that low ‘n’ slow buzz. Don’t miss their outstanding house-made sauces, from coffee molasses to jalapeño and peach.
More Info
Open In Google Maps
1, 79 Bourke Street, Melbourne, Victoria, 3000, Australia
+61394532882
Visit website

When your restaurant’s signature cocktail involves bacon, you’ve got to be a dab hand when it comes to meat. Living up to that promise is Meatmother, a quirky, carnivore’s dream in Richmond. The infamous Bacon Sour cocktail is bacon-infused Maker’s Mark bourbon with caraway-infused maple syrup, lemon and egg white, garnished with a rasher. Drinking it at the moody bar downstairs is fine pre-dinner, but you’ll have no room after a mammoth meat tray. Start with fried padron peppers, followed by the generous beef rib if you’re up for a challenge. Unless you’re visiting the sister restaurant Meatmaiden, you’re unlikely to find anywhere that’s made butchery so chic. 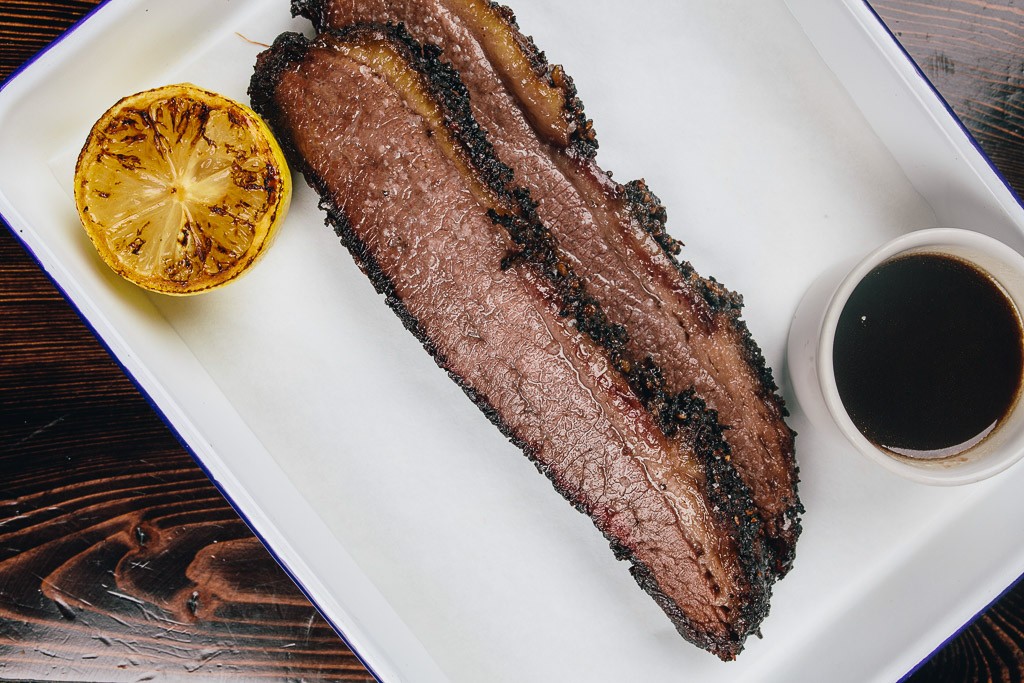 Restaurant, American, $$$
Since a fire destroyed their Collingwood premises in May 2015, Bluebonnet has been operating out of the lively John Curtin Hotel in Carlton. Not that they should mind working on the road – they began as a pop-up. After a year, the smokers are on at a new home in Fitzroy. The exceptional food here should be no surprise. Chef Chris Terlikar spent two decades working in New York Michelin-star environments before turning his attention to American BBQ. Multiple trips are needed to try all the meat (sausages made each day, St Louis pork ribs, porter-braised beef cheeks, Black Onyx brisket), so don’t stress about making a decision. Choose the Pitmaster’s Pick, and you’ll be served two types of meats with a side for $27.
More Info
Open In Google Maps
124-126 Lygon Street, Brunswick East, Victoria, 3057, Australia
+61399721815
Visit website