Buskers You Need To Know From Melbourne's Streets

On any given day, come rain or shine, the streets of Melbourne are alive with the sound of music. The city boasts some of the finest street musicians in the world, here are five of them.

Tash Sultana fuses a mix of funk, hip hop and rock as she beat-boxes her way through some rip roaring guitar riffs. Tash has a talent that belies her 19 years and you will know if she is in town because people flock to see her. You can often find Tash along Bourke Street Mall, where you will also find some great places to shop. 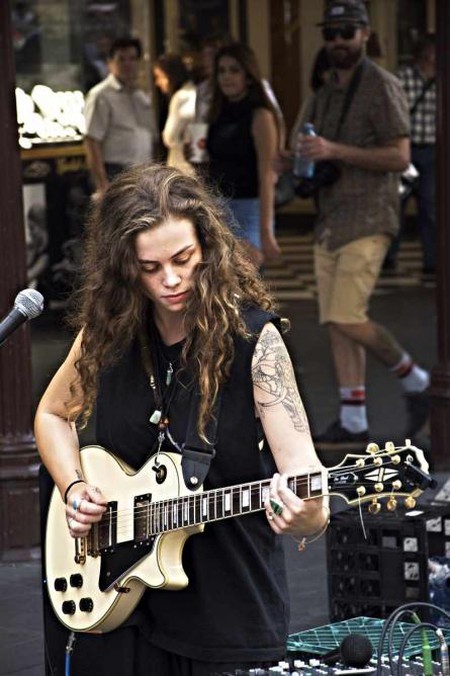 Mexfs is Joe Gravil, an acoustic guitarist that can be found outside the State Library of Victoria. Mexfs plays a brand of acoustic guitar that evokes the spirit of Ben Howard. His tunes will leave you feeling nourished in the last of the afternoon winter sun. There is something soothing listening to him play with the historical State Library building bearing down on you. 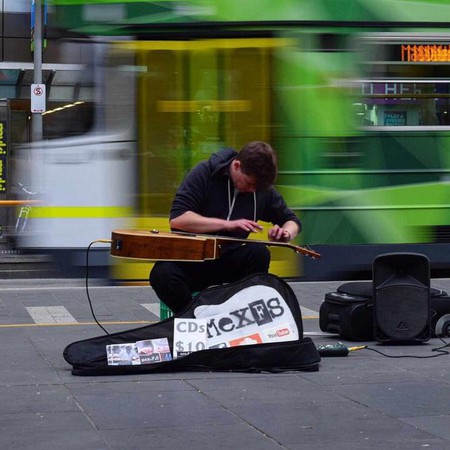 Odd Souls are Alex, Tim and Matt, three young men with a passion for rock music with feeling. You may compare them to The Foals or Coldplay but you would be closer if you said Kings of Leon, circa Because of the Times. You can find these Odd Souls on Swanston Street/Collins Street opposite the iconic Manchester Unity Building, or occasionally on Bourke Street Mall. Be sure to watch out for Alex’s unique take on street drumming. 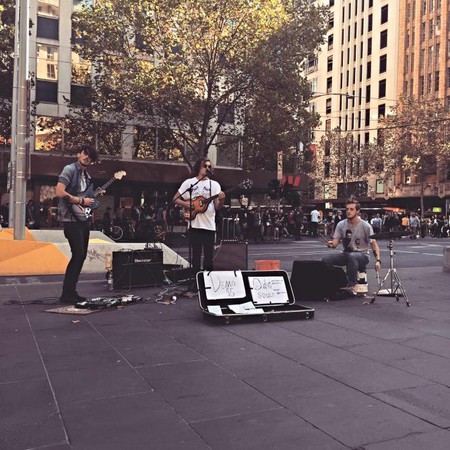 The first time you hear Malcura is unmistakable. A heady mix of flamenco and heavy metal, they run through an assortment of covers and original numbers. If music had taste, this flavor would leave your mouth watering. Malcura has been serenading the assembled crowds on Bourke Street Mall at the corner of Elizabeth Street. Take a seat outside the heritage-listed Post office building and enjoy. 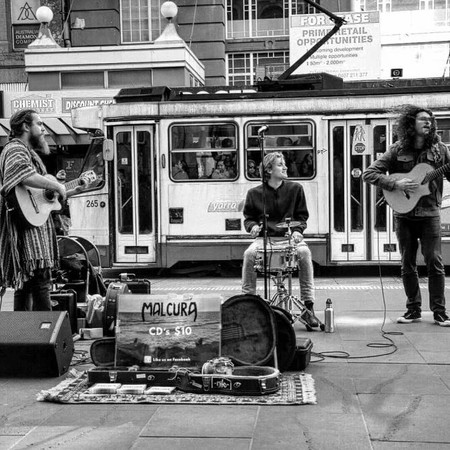 If you’ve ever wondered what the heavenly sounds are bouncing around the food court at Melbourne Central, the mystery is over. It is David Knight and his solo guitar show. David, like Mexfs, is an acoustic virtuoso of the highest order. His music taps into the far reaches of your soul, so sit with a cup of Plantations finest coffee and listen to his soaring melodies. 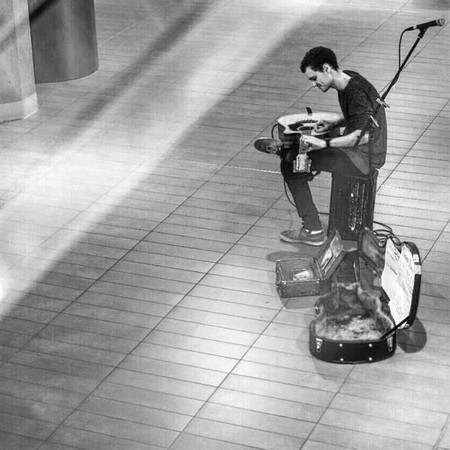