In Melbourne, outdoor sculpture represents an expression of the local love for ideas and the traditional Aussie wit, culminating in artistic eccentricity with creations ranging from a homage to Captain Cook to a giant sparkling clam. You could spend hours trying to locate the coolest pieces of sculpture the city has to offer – instead, explore our list of the top ten outdoor sculptures, demonstrating the creative energy and dynamism of Melbourne.

Standing at a whopping 25 meters high, ‘Bunjil’ is a behemoth eagle in bronze situated in Melbourne’s Docklands, inspired by a spirit figure from indigenous mythology. Though elephantine in size, it has a certain grace and is well loved by Melbournians and visitors alike.

Fitzroy Gardens, itself a whimsical scene scape of green trees – and perfect selfie backdrops – also plays host to a dashing life-size sculpture of ‘Captain Cook’. Tall, lean, and unmistakably green, this sculpture of the first British man to map the east coast of Australia provides a poignant testament to the bravery of early explorers, complete with a smashing set of bronze underclothes. From here, Cook devotees will enjoy wandering over to his cottage, which was transplanted in full from the original site in Yorkshire.

For the more political amongst you, the heritage-listed ‘Eight Hour Movement Monument’ is a radical reminder of Australia’s debt to their working forefathers. A golden sphere atop a giant granite column, the three ‘8’s which separate the two elements represent the ‘8 Hours Work, 8 Hours Recreation, 8 Hours Rest’ successfully protested for by the noble Victorian Stonemasons, on April 21st of 1856. The site of this sculpture is therefore a fitting place to stop for a sandwich, a spot of mental arithmetic, or perhaps just to mull over the day 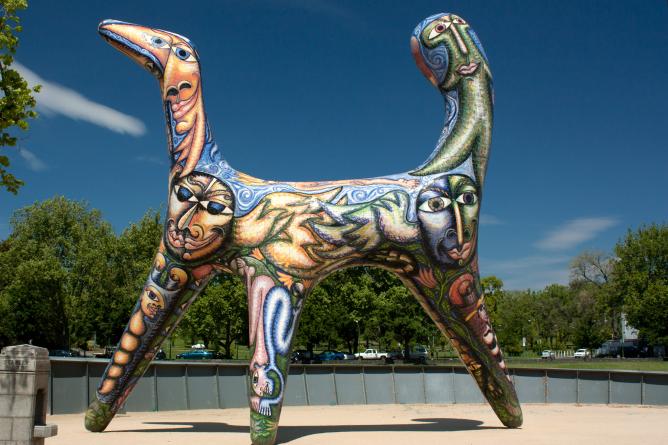 A striking mass of undulating green, the ‘Green Brain’ acts as the perfect crown for RMIT’s Building 22 on the corner of La Trobe and Swanston streets. It was commissioned in 2009 to link two pre-existing spaces and to add artistic flair and dynamism to the space, adding to the delightful melange of youth, creativity and ironic facial hair to be found amongst the hipster students of the area.

When wandering towards the iconic MCG (Melbourne Cricket Ground), many a local would have seen the exquisite ‘Mosaic Angel’. A guardian of the river, her radiant, Picasso-inspired exterior was originally put in the moat of the National Gallery of Victoria. She now stands proudly on the banks of the Yarra at Birrarung Marr and her ten meter frame can be seen from all angles as she watches over the city’s inhabitants, arbitrating between feuding sport fans with a consistently haughty gaze.

Looking not unlike a glimmering Kawaii clam waiting to be prized apart, the ‘Public Purse’ rests conspicuously in the Bourke Street Mall. Much loved and instantly recognizable by its shimmering pink exterior and accompanying gaggle of curious pigeons, it provides a striking tribute to Melbourne’s commercial prosperity and an interesting place to pause for thought. Whether it is a fabulous snail chasing after its next purchase or even a tongue being dragged to the next delicious coffee, deducing exactly what form the sculpture takes is only a matter of perspective. 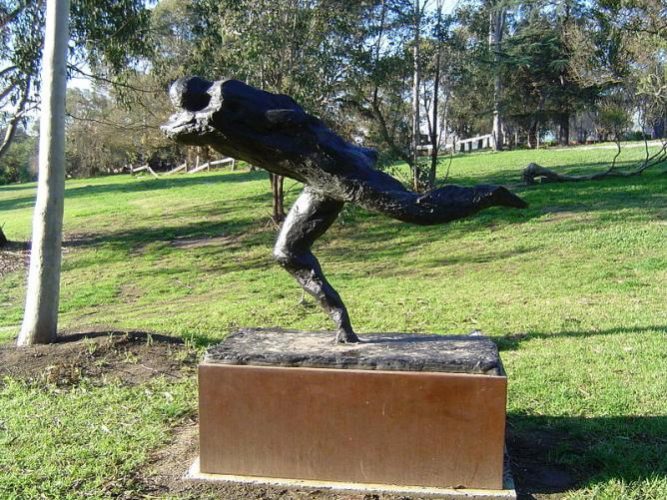 If, on a sweltering summer’s day, all this urbanity proves too much, one must make haste to the Frankston Beach Sand Sculpting exhibition. Running every year for the four months after Boxing Day (December 26), the humble seascape gives way to 3500 tonnes of sand pyramids, sand dragons and seventeenth century ships. The variety and quality of the sculptures is exceptional and though it is not free admission, the event does guarantee some cracking snaps and a fantastic experience. 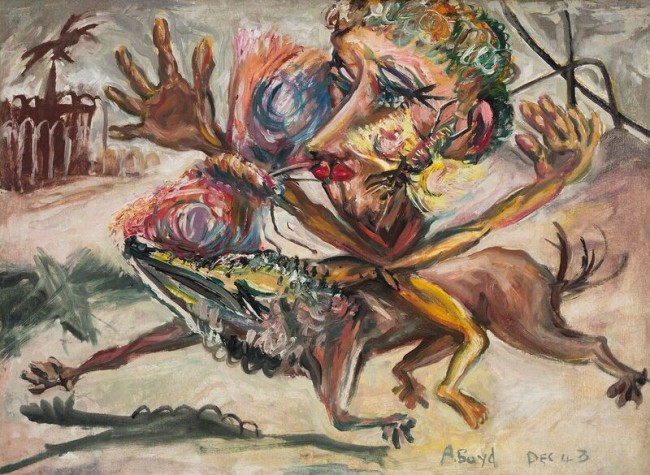 The sculpture aficionado would be utterly negligent if they did not take the time to visit the Sculpture Park & Plaza at the Heide Museum of Modern Art. Formerly the home of art patrons John and Sunday Reed, the history of the building itself is fascinating. There was reputedly lots of wild art and partner swapping in this particular venue and the sculpture park is breathtaking. Its scope and size allow it to take in works by the likes of Ron Upton, David Tolley, Dennis Oppenheim, Inge King, Anish Kapoor and many more. There are also two delightful artist gardens and a Café, where you can sip some Chai tea and allow yourself to dwell on the existential. Heide Museum of Modern Art, 7 Templestowe Rd, Bulleen VIC Australia, 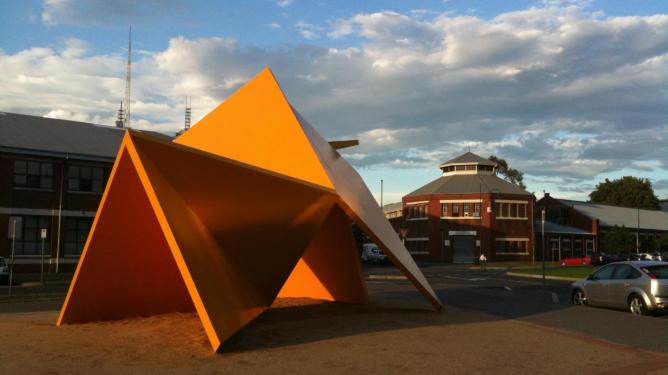 The redevelopment of Sandridge Bridge has seen visionary local planning combine with great artistry to stunning effect. Formerly a railway bridge, the 178.4 meter walkway will take you on a windswept tour over the Yarra River and through Melbourne’s diverse cultural heritage. From a distance, you can see nine of the ten huge steel structures skirting the balustrades, moving across the bridge in fifteen-minute cycles. These comprise ‘The Travelers’, a representation of the immigrants who caught the train over the bridge from neighboring Station Pier – it is particularly beautiful at sunset, when the light dances in such a way as to make these abstract pieces come alive.

As divisive as it is politically incorrect, the ‘Vault’ – or ‘Yellow Peril’ in local parlance – is a yellow melange of prefabricated steel designed to evoke movement and energy. It has however, consistently evoked hatred and since its completion has lived in both City Square and Batman Park before finding its current refuge in front of the Australian Centre for Contemporary Art. Whatever your opinion, the sculpture is undoubtedly worth a look, if only to quickly retreat to the air conditioned confines of the ACCA behind – opening times are from Tuesday to Sunday 10am-5pm (except Wednesday, which is 10am-8pm) and Mondays are available by appointment.

Sculpture enthusiasts might also like to keep an eye out for the Melbourne Prize for Urban Sculpture, awarded yearly to a sculptor who best demonstrates the ‘capacity and importance’ of Melbourne’s creative resources. Details of the prize, and previous winners, may be found here.