Meet The Man Who Brought Chupa Chups To Australia

Chupa Chups remains the top-selling candy in Australia. In 1958, Enric Bernat invented the Chupa Chups and the machinery to produce a plastic stick inside the candy, placing a wrapper around it. A story scarcely told is how Chupa Chups came to Australia, keeping many children across the country preoccupied and happy.

There is a man who lives in the quiet corner of Flinders on the Mornington Peninsula with a great story to tell. He is humble, exceptionally quirky and full of innovative ideas. His name is John Harper, and he is known as the owner of James Exclusive Chocolates. During the summer months of the 60s and 70s, he runs three factories and continues to invent ice-cream flavours which historically have included the famous strawberries and cream.

Harper travels to Spain on a chocolatier business trip. He meets the inventor of Chupa Chups, Enric Bernat, and falls in love with his brand. Harper has the brilliant idea of launching it in Australia.

In Spanish, the correct pronunciation is ‘choo-pah, choop’, meaning ‘suck suck’. The round candy shape and the duration it takes for children to eat the lollipop make this piece of candy the best-selling candy in Spain, and soon to be Australia and Japan. 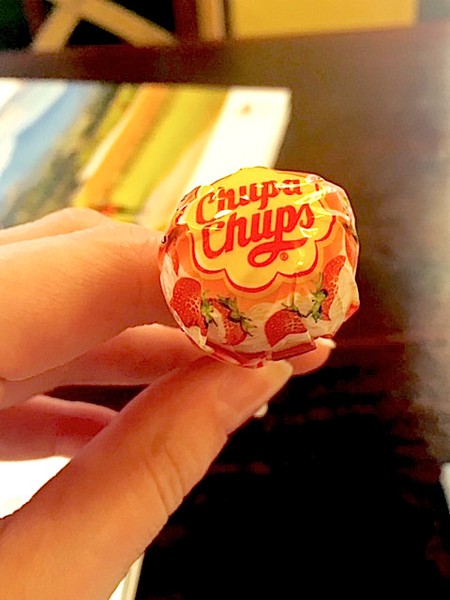 Salvadore Dali invented the symbol on each Chupa Chup in 1969. | © Jessica Poulter

Harper brings Chupa Chups with him to Australia and decides to launch it. But he does not know where to start. One night, he is sitting at home and switches on the television. The famous American series Kojak is on Channel 10. Harper props himself up, and his head begins to stir with ideas. Kojak’s leading actor, Telly Savalas, is a bald detective who has a smoking addiction. The way he stops smoking is by replacing cigarettes with lollipops. The following day, Harper marches to Channel 10, Chupa Chups in his pockets.

He meets with the station manager, a man who weighs at least 150 kilograms. ‘Have I got the lollipop for you,’ Harper says. The man rips open the candy with difficulty and sucks on it for some time. He puts more into his mouth until he has five lollipops sticking out simultaneously. ‘He loves his candy,’ Harper adds. The man asks: ‘How much are you wanting to sell it for?’ Harper is not entirely sure but pulls out a random number. ‘Five cents each,’ he says. The man pauses for a moment. ‘How about you sell them for ten cents, but you give me one cent for each lollipop sold,’ he offers. Harper accepts, and Channel 10 in exchange provides advertisement. The station creates TV ads showing taxi drivers, truck drivers and kids going down the slides with Chupa Chups in their mouths. ‘Channel 10 did well…but not as well as I did,’ Harper says. In the following months, Chupa Chups in Australia becomes the top-selling candy. 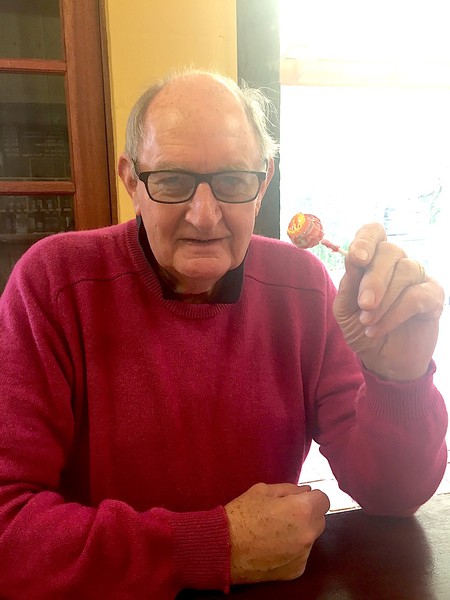 While Harper is in Spain before the launch in Australia, he meets with a world famous artist to design the label for Chupa Chups. ‘He is no longer with us, but that symbol will be with us forever,’ Harper says. ‘His name is Salvador Dalí.’ Harper looks after Mr Dalí during this time, feeding him, paying his rent and entertaining him. The symbol eventually takes off with Dalí’s popping style of the red and yellow scheme.

The lollipop itself is a simple product to suit everybody. ‘It has the roundness of the mouth, it is perfect for the messy eaters, and for those adults trying to give up the fags,’ Harper says.