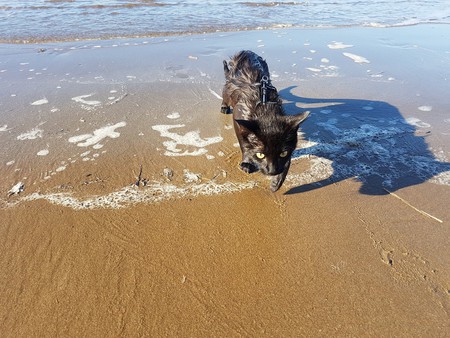 Life’s a beach for one Australian cat who is redefining the term doggy paddle. Nathan the water cat has gained worldwide attention for her… yes her beachside escapades. Culture Trip spoke to this feline’s parents about her rough beginning, sandy adventures and life at home in Queensland, Australia.

Abandoned on the side of a freeway at just a few weeks old, with her mother and two siblings, Nathan had a rough start to life. Thankfully, at eight weeks old Melissa Pietrobuono and partner Rian Crandon adopted the kitty from their local RSPCA, turning the cat’s luck around. 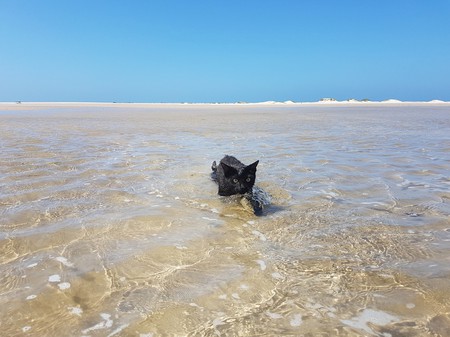 “We named her Nathan at first as a joke before we actually got her,” Melissa Pietrobuono told Culture Trip. “Nathan is the name of a character from a show my partner and I have watched called ‘Angry Boys.’ But once we brought her home, we actually quite liked the name, and it stuck, despite not really being a girl’s name. It still makes us laugh sometimes and we can’t imagine her being named anything else.” 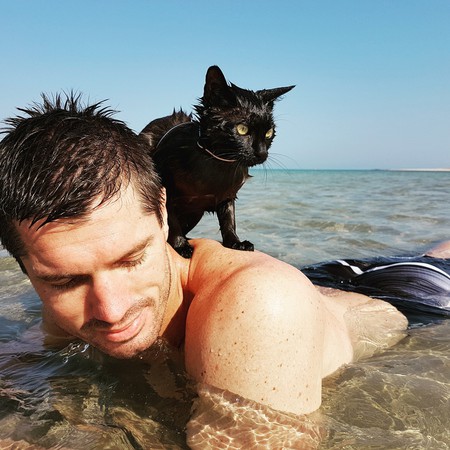 Now five months old, Nathan has drawn global attention for her somewhat unconventional favourite pastime – swimming at the beach. In an era of fake news, this tale seems implausible, especially considering that initially, Nathan was an indoor cat. However, keen for their cat to experience the great outdoors Melissa and Rian brought Nathan to their local beach in Queensland, on the southern end of the Great Barrier Reef, to practice using the leash and harness. “She was quite timid at first but then really started to come out of her shell,” Mellissa said. Before long the obedient kitty was off the leash and began following her parents into the water at her own will. “She went as deep as her chest without it even bothering her! Slowly with more confidence, she would come out deeper and deeper each time we took her to the beach. Now she’s a strong swimmer! Our little water cat!”

When she’s not doggy paddling through the pristine waters of the Southern Great Barrier Reef, Nathan spends her time playing hide and seek and shadowing her parents around their house; eating and even sleeping with them, with her head on the pillow and fuzzy body tucked under the covers. And, just like with any other cat, bath time is unpredictable. “When we wash her it’s a bit hit or miss. Sometimes she likes it, other times she wants out.” 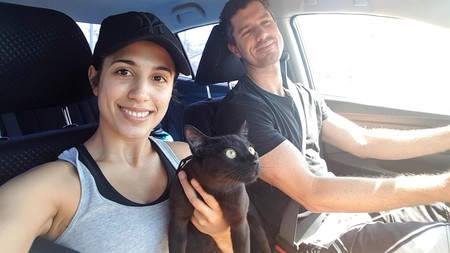 Only time will tell what other adventures this beach bum will embark on and to keep up, you can follow Nathan on her Instagram page.