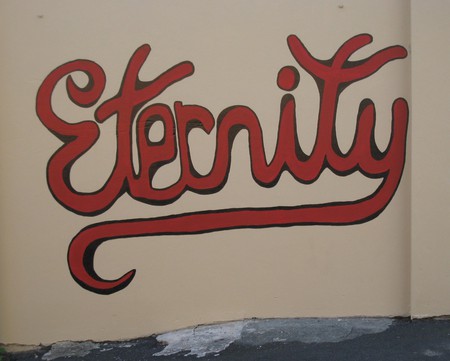 Eternity in the style of Arthur Stace | © Newtown graffiti/Flickr

Visitors to Sydney might notice a little piece of graffiti between Town Hall and St Andrew’s Cathedral in the middle of the city — copperplate script spelling the word ‘Eternity’. What’s the story behind this optimistic message? A reformed alcoholic by the name of Arthur Stace.

Who was Arthur Stace?

Stace was born in 1885 in the underclass inner-city suburb of Redfern, raised by a poor family before working in a coal mine, suffering from alcoholism and being thrown in jail for drunkenness by the time he was 15. He then became a lookout for a gambling den and a scout for a brothel in his 20s, before joining the armed forces during World War I, enlisting in the Australian Imperial Force in 1916 aged 32, then being medically discharged three years later. 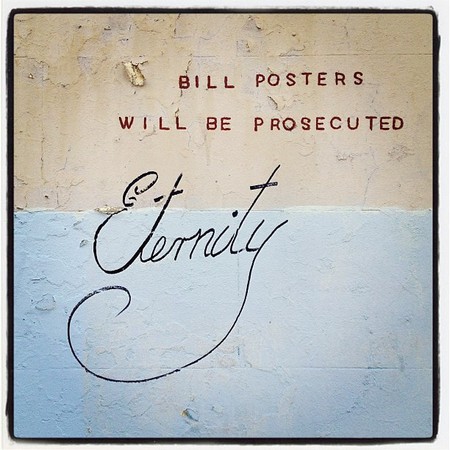 A drunk during the Depression, Stace converted to Christianity in 1930 after being inspired by a sermon in a Broadway church. He was captivated by a homily called ‘The Echoes of Eternity’ by local evangelist John G. Ridley — “Eternity, Eternity, I wish that I could sound or shout that word to everyone in the streets of Sydney. You’ve got to meet it, where will you spend Eternity?”

And Stace took that literally. Despite being illiterate and barely capable of scribbling his own name, Stace managed to produce a stylish copperplate ‘Eternity’ with a flourish on the tail of the ‘y’ in chalk on every empty patch of concrete he could find throughout Sydney. For 35 years of his life, the reformed alcoholic woke up at the crack of dawn to scrawl ‘Eternity’ in yellow chalk on footpaths from Parramatta to Martin Place and everywhere in between. 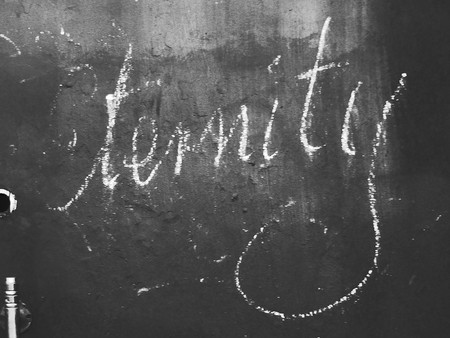 Indeed, because Stace was so prolific and worked so early in the morning, ‘Mr Eternity’ became a bit of a mystery man around Sydney before the secret was revealed in a newspaper interview in 1956. Stace narrowly escaped arrest for defacing public property on dozens of occasions, but he had a well rehearsed defence for the police: “I had permission from a higher source”. Stace etched his iconic message an estimated half a million times over three-and-a-half decades, continuing his work until the day he died.

Stace died of a stroke in 1967, but his graffiti remains an iconic symbol of the city half a century after his death. There’s that aluminium memorial next to the Sydney Town Hall, and ‘Eternity’ is a common motif in the Sydney street art scene. An opera — The Eternity Man — was commissioned by and performed at London’s Almeida Theatre in 2003, before being adapted into an award-winning film of the same name in 2008. Stace even touched the Sydney 2000 Olympic Games, with ‘Eternity’ appearing in lights at the opening ceremony, as well as on the Sydney Harbour Bridge during New Year’s Eve celebrations that same year — a fitting message to usher in the new millennium. 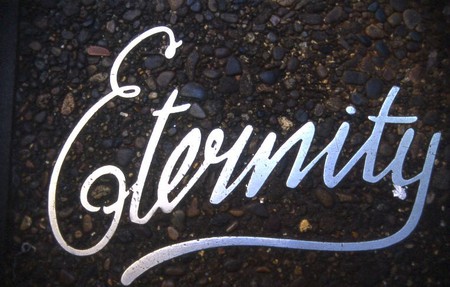 Only a very small number of Stace-written Eternities survive today. One, remarkably, exists inside the bell at the top of the General Post Office in Martin Place — the bell was dismantled and stored during World War II and builders noticed the scribble inside when they put it back up in the 1960s. That’s the only surviving ‘Eternity’ in Stace’s home city — Canberra is home to the other, on a piece of cardboard Stace wrote for a fellow worshipper, which now sits in the Eternity gallery of the National Museum of Australia.