It is surprisingly difficult to describe Marc Newson given his profound effect on the world of design. Taschen have attempted to condense his prolific career into just 610 pages in a new coffee table-sized tome. Newson – the Australian-born designer who is one of only a small group to work across a number of disciplines – has enjoyed transcontinental success. We discover more about his rise to fame and unique eye for design. 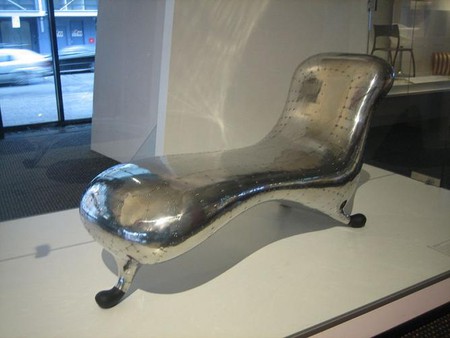 The first problem encountered by Newson as a young man was solving how he as an Australian student was going to emulate influential modernist designers like Ettore Sottsass. As a boy, Newson had been fortunate enough to travel around Europe with his mother and later they both moved to South Korea with his stepfather. By the time he left school therefore, Newson had experienced life outside of the Antipodes and had been exposed to the storied histories and aesthetics of other continents.

At that time however, choices were slim when it came to design courses in his home country, so Newson had little choice but to pick one of the slender offerings provided by the Sydney College of Arts. He enrolled himself in the jewelry department, as it was one of the few places where students could actually produce and create things. This attraction to practicality may have been commercially influenced, but it was primarily an extension of the long afternoons spent ‘tinkering’ in his maternal grandfather’s garage. Whilst he may have learned invaluable lessons in metalwork and materials during this time, the ever ambitious Newson wanted to progress to designing and building furniture. To that end, Newson managed to convince his lecturers that chairs could conceivably be seen as a kind of wearable body art. 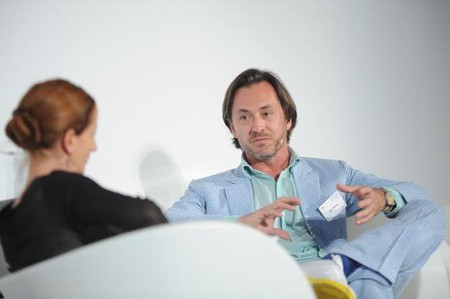 During this early foray into furniture, Marc Newson began establishing a distinctive style – a combination of organic, bio-morphic shapes with a futuristic, Jetsons-like feel to them. These pieces were an opportunity for self-expression and for idealism. Although commissions were gained from patrons seeking sleek, seductive curves, he was to develop a professional reputation as an industrial designer obsessed with varying materials and craftsmanship. His first exhibition ‘Seating for Six’, displayed the beginnings of that style, but the only piece to sell was the Le Corbusier inspired ‘LC1’, a metallic lounge with three protogenic feet emerging from the base. Spurred on by the sale, Newson redesigned the chair, rounding out the head to give the impression of a more fluid drop of molten metal. With the studded riveting in the skin reminding him of a Lockheed plane’s fuselage, he renamed his finished work the ‘Lockheed Lounge’.

Of Marc Newson’s extensive portfolio, the Lockheed Lounge is perhaps his most recognizable piece and the item which propelled his career forward. A copy was made for the Paramount Hotel in New York and Madonna’s Rain music video opens with the singer reclined on the sultry but powerful looking lounge chair. So iconic was this piece, that in 2010 the prototype sold at auction by Phillips de Pury & Company for $2.1million. In fact, the Australian’s work now accounts for around 25% of the contemporary design art market. This doesn’t mean however, that all of Newson’s work is out of the reach for the average consumer. On the contrary, he is doggedly determined to influence the level and quality of design all around us.

Mark van Iterson – Heineken’s Global Head of Design – remarked that when they were searching for the right person to help create a draft beer pump that could be used in the homes of regular consumers, their reason for choosing Newson went way beyond aesthetics. It would be a straightforward job, he said, with the price point to be in the thousands, but for a more mass market machine, they required someone inventive, whose design could reach a wide audience without compromising on quality.

Newson himself had declared his more egalitarian interests in an interview with the Wall Street Journal when explaining his role as Creative Director at Qantas: ‘At a certain point I thought, “Well, God—does the world really need that much more expensive furniture when people are sitting in these chairs for hours on these planes, especially from somewhere like Australia, where a lot of the flights are long-haul?”

Newson has recently joined Apple, the organization that has been perhaps the most successful at bringing high-end design to the masses. That success was the result of the persistence and vision of Steve Jobs and Jony Ive, the latter of whom is a long-time friend of Newson’s. The pair recently collaborated for the very first time by curating an auction of 40 unique, prized objects for Project (Red), the HIV charity set up by Bono and Bobby Shriver. The items on sale were an eclectic mix, including a 1990s Russian space suit, a Georg Jensen pitcher, a white and red Steinway piano and two items specifically designed by Ive and Newson – a relatively minimalist Leica and an organically shaped metal desk. Also among the exclusive collection was a rare, red Valentine typewriter by none other than Newson’s early hero, Ettore Sottsass.

Given Newson’s background of designing watches for luxury brand Ikepod, the design world is hungry to know how much of Newson’s aesthetic will make it into future Apple watches. What is clear so far is that his loyalties to the company go much deeper than his friendship with Ive. When asked in the past about Google’s foray into wearable technology with Google Glass, he responded dismissively: ‘What Google have done thus far, I wouldn’t be seen dead wearing. I think it looks pretty stupid.’

When Time magazine profiled Marc Newson back in 2005 for their list of the ‘Top 100 most Influential People in the World’, they suggested that his productivity was a result of starting out in Australia, where ‘there isn’t enough work for designers to stick to one field’. Ten years later however, Newson now has a prolific output for reasons above and beyond the need to stay relevant. Instead, he has become a world-renowned designer with whom every company – from furniture makers to space flight pioneers – wishes to collaborate.