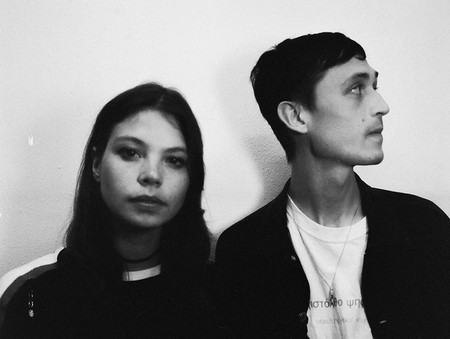 It was their mums who suggested Chloe Kaul and Simon Lam get together to form a band. The cousins weren’t particularly close growing up in Melbourne, Australia, but were both into music – so it made sense, really.

‘We were typical cousins before the band,’ Simon says. ‘We saw each other at Christmas, said “hi” for two minutes and went off to do our own thing.’

Chloe chips in: ‘Simon was studying sound engineering at the time and I was writing my own folk solo music. Just me and a guitar. He needed someone to record for his course and his mum suggested me. So he came over and recorded some of my songs. We were both very shy.

‘He was also doing experimental music at the time, so he got one of my tracks and turned it into a dance song and asked if I wanted to sing on top of it. Seeing as he’d already used my voice, I said yes and we wrote our first song together. It just went from there.’

As Kllo (pronounced Klow), they make music that is sensual in a slinky, let’s-get-it-on-in-this-dingy-corner-right-now kind of way. The type that unfurls itself in the secrecy of darkness like the gentlest of sighs.

The pair create evocative narratives about love and heartbreak around downbeat electro that’s punctuated by the scattershot beats of UK garage. There’s Chloe’s intimate vocals, tender and overflowing with yearning. Then there’s Simon’s 2-step percussion, the emphatic exclamation marks to their beautifully lo-fi melodies. Together, it melds into something soulful and mysterious that threatens to evaporate the moment it hits the light. Their debut LP Backwater, a sleek and assured piece of work, was one of the best albums that came out last year and follows two EPs, Cusp in 2014 and Well Worn in 2016.

Backstage in a tiny room in London’s XOYO, there’s a table crammed full of every conceivable snack a person could want. Chloe and Simon have just arrived from their temporary digs in Hackney but refrain from tucking in, because they’re nothing if not polite. 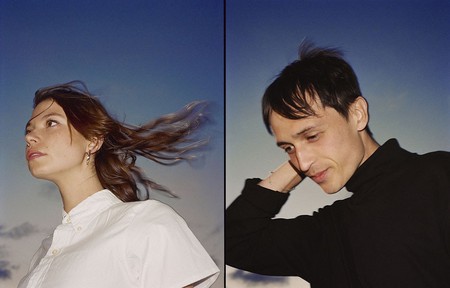 Both are self-confessed introverts, which means they find the whole hubub around playing live something to be endured rather than actively enjoyed. But they’re adapting. They have to. Not that it’s something you would pick up on later that night during their performance. Chloe, especially, is front and centre dancing around like it’s the ’90s again, while Simon is happy to melt into the background.

But such effortless showmanship has been hard won. Chloe reveals: ‘I went from having really bad anxiety attacks and nerves to having to get over it. You keep doing it and doing it, you just learn to get over it. I’ll always be nervous and anxious especially with stage banter but you just have to find a way to cope.’

Simon, aware he’s got the better deal, added: ‘Previously, I was fronting a band so when it came to this and I didn’t have to do any stage banter, it was a bit easier for me. There are a lot of moments where we both felt uncomfortable but we know we have each other. We’re set up quite close on stage. It’s just nice to know we’re there to pull each other through when shit’s going pear-shaped.’

But they haven’t always been so nonchalant about things going wrong.

‘We just laugh about it now,’ Chloe says. ‘It used to get to us so bad. We used to be so upset. You can’t get like that.’

While they have resurrected the ghosts of UK garage in their music, both claim they’re not actually that into the genre. Perhaps this is why their interpretation feels so fluid – it’s inspired by, rather than aping, a sound.

Simon says: ‘We both heard it separately from The Streets. I didn’t know what a 2-step beat was and The Streets was completely isolated from what was popular in Australia. Later on for some reason we heard them again and had a light bulb moment. I still haven’t heard anything that sounds like that beat before. We both liked it but we’re not massive 2-step heads or anything.’

Their first ever gig together was at a family shindig. It was a makeshift band with Chloe on vocals and Simon’s three siblings. He was a reluctant participant on drums, bullied into taking part.

Chloe recalls: ‘We did one gig for Simon’s mum’s 50th. It was his whole family. He’s got three other siblings. They’re all freaks at music and they were like, “We need a singer. Maybe we can get Chloe.”

‘So we just did a lot of really bad covers like Toto’s Africa, rock covers and crowd-pleasers. We had fun and I took it really seriously. I was really shy but I really wanted to hit those notes.’

They laugh about it now. Soon, they start eyeing up the snacks and it’s only when I leave that they dive in. They may be too polite to admit it but now they’ve conquered their insecurities, they’re hungry for more.

Kllo’s album Backwater is out now on Different Recordings.