In With the Old: The Sydney Café That Was Saved by its Patrons 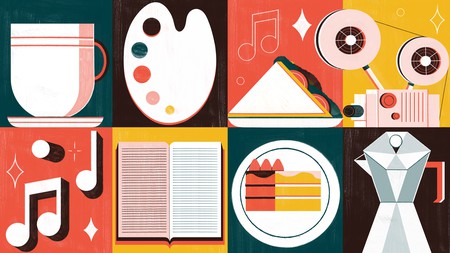 In a city long renowned for its café and bar culture, Sydney’s dining scene has seen a remarkable change following the introduction of the 2014 lockout laws. Culture Trip sits down with Shamus Moore – co-owner of Piccolo Bar and Cafe, one of the area’s oldest establishments – and his regular customers to ponder the golden era of the café and the changing face of its neighbourhood, Kings Cross.

In a bustling metropolis such as Sydney, having the ability to offer patrons refuge from the hubbub of daily life is a much sought after thing. However, as neighbourhoods undergo gentrification and development, few venues are managing to cling on to their homely charm.

The iconic Piccolo Bar, located on Roslyn Street in Kings Cross, is one of the few bohemian hole-in-the-wall hangouts in the city that still has the ability to evoke a sense of nostalgia among its regulars. In the background, soulful jazz music blasts out across the space and the smell of cake baking in the oven has kept patrons coming back to the neighbourhood’s oldest coffee shop for decades. The venue may be small, but it’s jam-packed with colour, adorned with posters and curios that are readymade conversation starters. 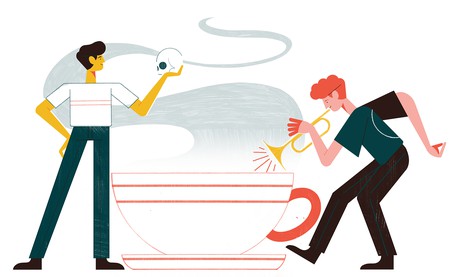 It was 2017 when Kings Cross was faced with losing Piccolo for good; by this point, the café had served the diverse and eclectic community for more than 65 years. Its original owner, the charismatic Vittorio Bianchi, then 82, shut down the venue once the lease ran out after being forced to face an insurmountable problem of dwindling profits post lockout laws, an ensuing heart attack and old age. Although highly overused, the phrase ‘end of an era’ would surely be justified in this instance.

But in its hour of need, two of the cafés dedicated customers came to the rescue. A brother-sister duo, Shamus and Eulalie Moore had been coming to Piccolo since they were teenagers. Faced with the prospect of losing this part of the community and all its history, the pair bought the café from Bianchi and reopened it later that same year, much to the pleasure of its regular patrons who still visit today.

“I knew this place was never going to shut down permanently. In whatever shape or form, I knew it would still be here,” says Piccolo Bar’s longest-serving regular and King’s Cross resident, Richard O’Farrel, before pausing to request a Bob Dylan song from Shamus. “This place is just like my home; I’ve been coming here regularly since 1964. It’s my past, it’s my present, and it’s my future.”

Every few minutes he dozes off, opening his eyes each time someone walks in to order coffee and a slice of cake. He knows them, and they exchange greetings before he nods off again.

“How do you even begin to explain the origin of a place in a city environment like Sydney where things seem to move so rapidly; that the only things that seem to stay consistent are the Opera House and the Harbour Bridge,” says Shamus.

“When we took over, we still wanted the place to remind people of the Piccolo that Vitto had created. We did up the food game a bit to keep the till running; on the menu you can find a great selection of cakes, quiches, pastas, cold pressed juices and, of course, coffee. We’re still pretty much a creative arts centre. We host plays and art exhibitions… and that’s what we’ve always done here. It’s a café where everyone gets to know each other and feels comfortable.” 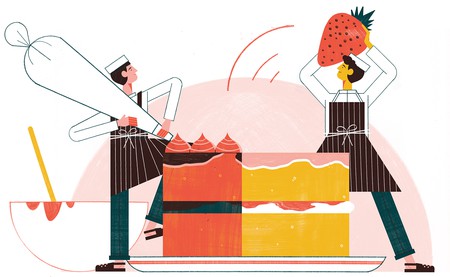 Today the bar’s decor and ambience harks back to the neighbourhood’s past – minus the crime. Kings Cross, a former red-light district and once home to pimps, gangsters, diehard clubbers and late-night shift workers, has been subjected to constant threats over the decades by the authorities hoping to clean up the area.

But it wasn’t until the introduction of the lockout laws in 2014, following two alcohol-related-assault deaths in the neighbourhood, that many late-night venues were forced to shut down. Under this law, which was lifted in January 2020 for all areas except Kings Cross – people are not allowed into venues in Sydney’s CBD and Kings Cross after 1.30am, and alcohol cannot be served after 3am.

“Because of this, footfall in the area over the weekend has gone down by 80% – can you believe it?” says Shamus. “Now you can can count 45 empty shops on the main drag; another 45 or 50, including us, struggling to make ends meet. But they still remain open, many even sleep in their shops, because they’re hopeful that things will one day change for the business they’ve put their heart and soul into.”

The new-look ‘Cross’ is no longer the community and backpacker oasis that the neighbourhood had once been famous for. Now, its quieter – ‘real estate, big money, restaurants and fashion brands’ have taken over.

But despite the changes, Piccolo continues to work its charm and offers its patrons respite from the change.

“As a creative person and musician, it’s places such as Piccolo where you can socialise,” says Steven, who has been coming to the café on and off for many years. “Without having a place for social interaction, we aren’t able to experience ourselves properly.”

Piccolo’s only other staff member is Claire. As someone who’s worked in the hospitality industry for a long time, she believes the café is the most open and accepting of places, serving patrons from all walks of life: new customers, old regulars, millennials in search of great-tasting baked goods and creative types looking to network.

“That’s one of the reasons why people come here – it’s mainly to chat and share ideas,” says Claire. “I’m a dancer, and the people who walk through these doors have offered me so much information about theatre and given me the opportunity to go on stage. This is what Piccolo does – it inspires you to be creative.”

Piccolo Bar Cafe is located on Roslyn Street in Potts Point and is open Wednesday to Sunday from early morning until midnight. Visit their Facebook page for more details.