In The Footsteps Of Australia's Bold Ben Hall 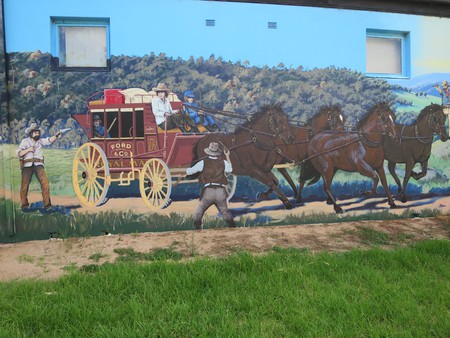 Ben Hall, a 19th-century bushranger, was known to be courageous and chivalrous, and it is said that he never directly took a life. An upcoming action film The Legend of Ben Hall, directed by Matthew Holmes, promises a new wave of interest in Hall and his story. Our guide to the sites associated with Hall’s life and death offers the chance to take a closer look at Australia’s most genteel bushranger.

Born to an English father and an Irish mother in rural New South Wales, Ben Hall grew up in a large family, working with livestock. His slip towards crime and association with notorious characters like Frank Gardiner and John Gilbert began in his early 20s. Aside from robbery – looting mail coaches, shops and hotels – Hall’s chief agenda seems to have been to taunt the police, an obsession perhaps fuelled by the local police inspector who torched his home at Sandy Creek. He was a strong leader and an expert in stealing racehorses, providing further humiliation for the police whose horses couldn’t keep pace. 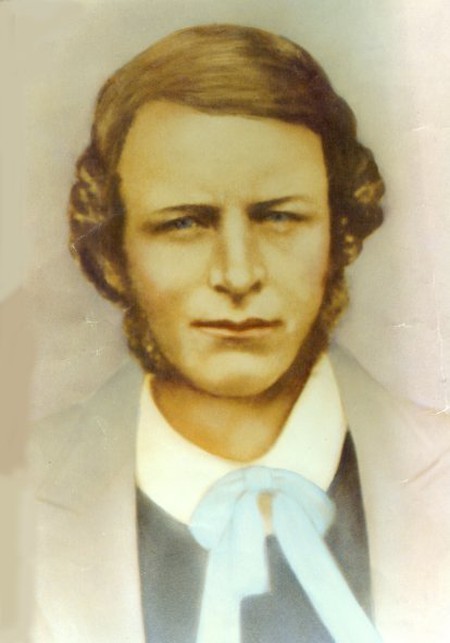 In June 1862 a cart loaded with gold was trundling its way between Forbes and Bathurst, with one driver and an escort of four police troopers. The horses grew nervous, sensing danger, and the team arrived upon an odd scene – an abandoned bullock cart, blocking the road, and a group of drovers face down in the grass. It was then that Hall, Gardiner and six other bushrangers leapt from their hiding place behind a huge granite boulder, and advanced, firing guns. The wagon toppled in the panic, a trooper was wounded and all five men fled into the forest. The bushrangers retreated to the Lachlan River with £14,000 in cash and gold. It was the biggest robbery in Australian history.

The Escort rock site is 5km out of Eugowra, on the road towards Orange. The rock itself is on private property but may be accessible – check with Eugowra.aus.net or with the museum, which has books and papers on the bushrangers, as well as John Gilbert’s pistol, lost on the day of the gold robbery and found in a nearby paddock. 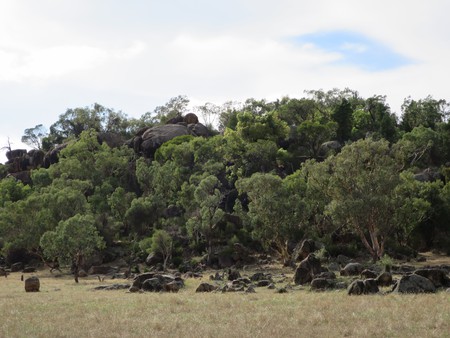 A two-story red brick building with a classic veranda and wooden swing-doors, the Royal Hotel doesn’t look much different from its fellow pubs in any other country town. But back in October 1863, when it was ‘Robinson’s Hotel’, Ben Hall and the rest of the gang took the whole town of Canowindra hostage here for three days. The citizens weren’t mistreated. In fact, they were provided with beer, blankets and entertainment. It was the local policeman who suffered indignity, getting locked-up in his own cell. The gang left empty handed, reimbursed the owners of the hotel and apparently paid ‘expenses’ to the hostages. The point of the whole exercise had been to show that the gang could do whatever they liked, and that they could run circles around the police.

These days the welcoming Royal Hotel has framed portraits and biographies of Hall and his fellow bushrangers lining the walls, as well as photos of the town’s reenactments of the great gold robbery. Tasty pub food and delicious cold beer are served, and friendly staff and locals enjoy a chat about the town’s history. 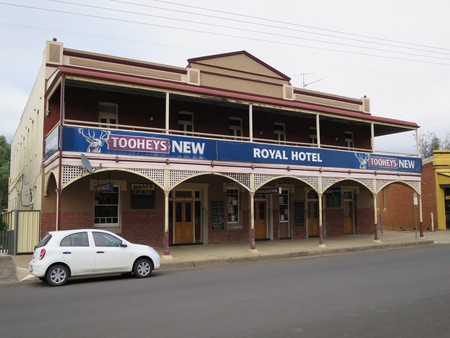 The Shooting at Collector

John Dunn, still a teenager, joined Ben Hall’s gang in 1864, and was with Gardiner and Hall when they held up The Commercial Hotel in Collector, in January 1865. While the others were inside with the hostages, Dunn was posted outside, where he shot and killed the town’s only policeman, Constable Nelson, a father of eight. The gang escaped (though Dunn was soon hanged) and the incident prompted the New South Wales authorities to up their game.

Today, the pub is called ‘The Bushranger Hotel’, and many framed newspaper articles and historic pictures are on display. A memorial to Constable Nelson stands beside the building. 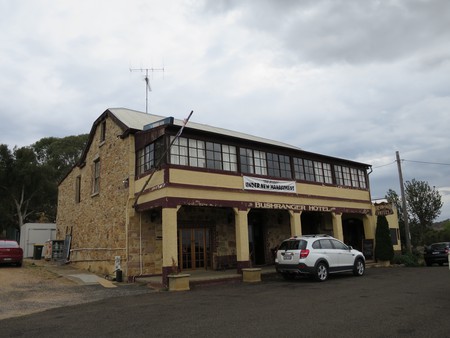 ‘Shot 5th May 1865, Aged 27 years,’ reads the headstone marking Ben Hall’s grave at Forbes Cemetery. After the ordeal at Collector, the controversial Felons Apprehension Act was passed, rendering Hall and his partners outlaws who could be shot on sight without question. Hall made plans to leave New South Wales but was ambushed by eight policeman while camping at Goobang Creek, close to Forbes. He was shot many times as he ran towards his horses. A plaque has been placed in the spot where he died. It is said that Hall’s funeral was attended by hundreds of people. 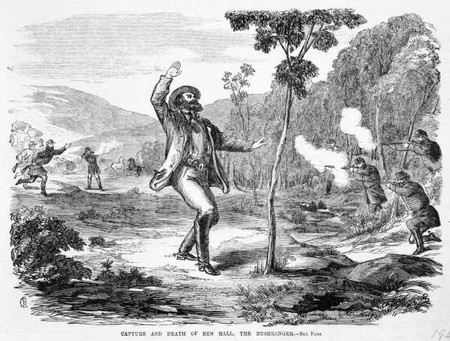