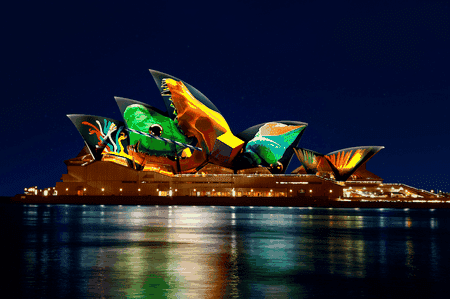 Sydney Opera House, one of the world’s most iconic landmarks, will be transformed into a work of art with Vivid LIVE this week.

Music festival Vivid LIVE, which was founded by Brian Eno in 2009, features an impressive line up with performances from Solange, Mazzy Star, Iron & Wine and Joep Beving.

Other highlights include rapper Ice Cube in conversation with Double J’s Zan Rowe, Cat Power celebrating the 20th anniversary of her 1998 album Moon Pix and performances from Dreams (a collaboration between Silverchair’s Daniel Johns and Empire of The Sun’s Luke Steele).

But the music isn’t the only spectacular thing about Vivid LIVE.

Artist Jonathan Zawada, who has previously worked with the likes of Mark Pritchard, Flume and Moses Sumney, has created a digital sculpture that will be projected onto the sails of the opera house.

Below, Culture Trip speaks to Zawada about his artwork Lighting of the Sails: Metamathemagical and Ben Marshall, curator of Vivid LIVE, about the upcoming festival. 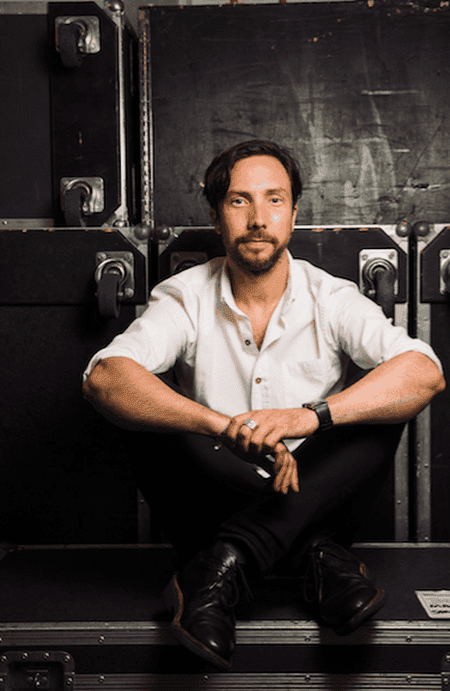 Culture Trip: Will Vivid LIVE give visitors the chance to see the Opera House in a new light?

Vivid LIVE’s also the only time of year we project art onto the Opera House Sails and have the whole building taken over by one art form. So yes, it is a chance for most visitors to see the Opera House in a new light and full of contemporary music, while staying true to the idea of being a home for the gold standard in the performing arts.

CT: The line-up is fantastic. How did you go about picking the acts?

BM: I decide what to include in the festival primarily on an idea of excellence, and then on what will best or most interestingly combine with the Opera House’s reputational heft and technical precision.

Individually there’s a variety of reasons each act gets selected. For example, Mazzy Star is an act that’s never been to Australia before and they just finally agreed to perform this year.

H.E.R. is coming through right now – I wanted to capture that. Cat Power’s haunting, seminal Moon Pix deserves a full restaging on its 20th anniversary, plus more people should know the incredible story behind its recording.

CT: What is the musical highlight for you?

BM: Solange Knowles – not only is she an absolutely knockout live performer, with A Seat At The Table’s exploration of African American identity, empowerment, independence and the complexities of black womanhood, she’s at the molten hot intersection of incredible, effortlessly cool music and thoughtful activism. She’s bringing her specially created, first ever in-the-round performance to Vivid LIVE, so seeing her in full flight on the Sydney Opera House Concert Hall stage is going to be something to behold. 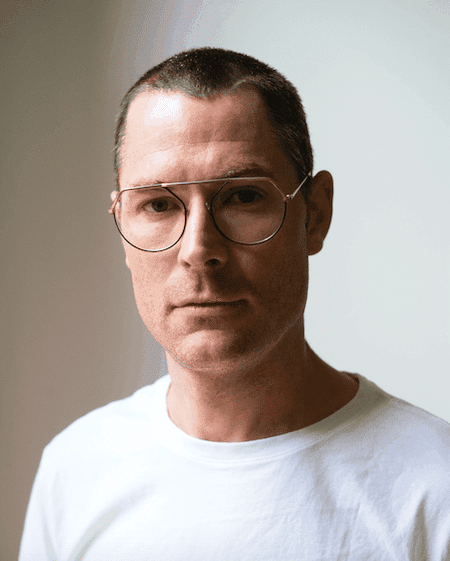 Jonathan Zawada, the artist behind Lighting of the Sails: Metamathemagical

CT: Tell us about your background in music.

Jonathon Zawada: The first involvement I had with music was actually producing some short animated pieces for the ABC morning music TV show called Recovery when I was in high school – it was the most exciting thing in the world to me to see my pictures alongside music I loved.

From then on I continued to create the odd album cover or flyer for friends’ music projects, but I think things really picked up after my first EP cover for The Presets was released and I started working more closely with Modular Records, ultimately creating work for acts like Wolfmother, Tame Impala and lots of others.

CT: What inspired the artwork you created for Vivid LIVE?

JZ: I took inspiration for this piece from the natural world and natural sciences, in particular my own bush environment of Northern New South Wales and my experiences growing up and exploring Australia as a kid.

I also drew upon the work of Australian artists like Ricky Swallow, Kate Rohde and Andrew Klippel in thinking about the creative act and the interaction between the artist and the real world.

CT: What kind of music has been created for Metamathemagical?

JZ: The music and the visuals have really evolved in tandem. I worked with three incredible musicians, Air Max ’97, Veron Xio and Eprom, who responded to the themes, ideas and sketches for the work and the music they made in turn helped direct and further trigger ideas as the piece came into motion.