How To Survive A Shark Attack 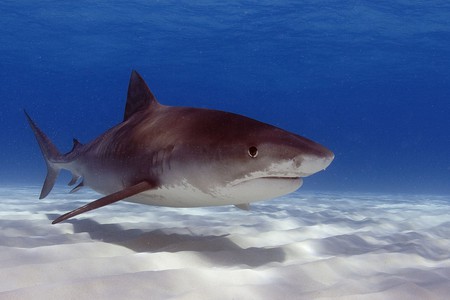 Across the entire world, there have been over 2,500 unprovoked shark attacks documented, and although they are often hit-and-run random attacks, it is important to learn what to do in case you ever find yourself in this situation. Often a shark will mistake you for prey, leaving you with injuries after realising his mistake. Although you may get a few small bites from fighting back, these tactics will increase your chances of survival, getting yourself out of the water as quickly as possible.

At the first sign of a shark, ensure you are prepared by arming yourself with whatever is close to your hand – if anything. Whether it’s a knife, a pole or a harpoon, nothing is too blunt to hit the shark with; also, anything is better than using your hands or your feet. 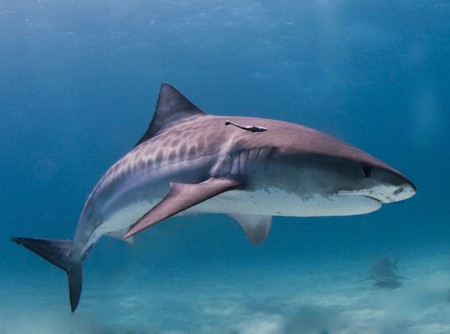 Although your first instinct is usually to try to splash and paddle away from a shark, this is one of the worst things you could do in this situation. By splashing and paddling, you resemble the movements of fish that will only attract sharks even more.

Avoid Swimming & Surfing During The Morning & After Sunset

Sharks are most active during dusk and dawn. Not only is it much easier for sharks to spot you – as you appear as a dark object in the light above – but it is much harder for you to spot them.

Avoid Waters That Are Being Fished

In waters that are subject to large groups of fish (or any sort of prey for that matter), it is only going to increase the attraction of sharks and seabirds. Not only will this be a feeding frenzy, but you will put yourself at great risk. 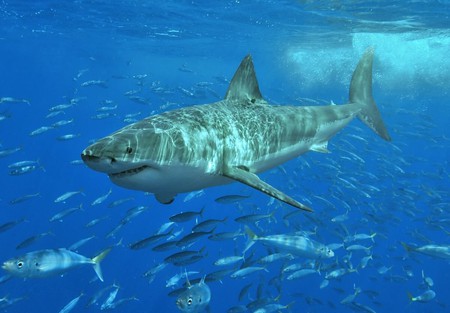 Do Not Enter The Water If You’re Bleeding

A shark’s most powerful sense is their sense of smell, especially when it comes to blood. In detecting the scent of blood, this indicates to a shark that there is injured prey close by, making it easier for them to locate you. No matter how small or large a cut may be, if you’re bleeding, do not enter the water.

Do Not Play Dead

Although it sounds like the easiest option, in theory, playing dead will only present yourself as an ‘easy meal’, making the shark think it has won before chowing down. It’s much better to try to get away from the shark than play dead, but ensure you never lose sight of him.

Back Up Against Something Solid

By backing yourself up against a solid structure – whether the side of a cliff or a boat – this will decrease the number of angles the shark can strike against you. Not only will this double your chances of survival, but it will also give you something to lean against to get greater power in attacking back. 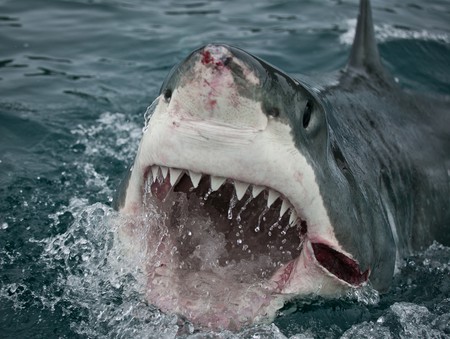 Get Your Claws Out

If you get desperate and are not too squeamish, get your own claws out and scratch the shark’s most vulnerable features – his gills and eyes. Your best choice is to disable his eyes as this will give you more of a chance of swimming away, or at least getting that head start.

Sharks have excellent vision that increases their ability to hunt their prey, even in the cloudiest of waters. Any light reflecting off metallic or reflective jewellery will confuse the shark into thinking it is light reflecting off fish scales. Also, brightly coloured or patterned clothing is much easier for the shark to spot – think of a mosquito being attracted to the light.

Punch The Shark In The Face

Never stick your hand out to push or punch a biting shark as your hand bones are very small and soft making it an easy target. Rather, use your elbow – as it’s much harder for a shark to bite through three big bones at once – to push him away or hold onto his nose before punching him in the face and pushing him away.

If All Else Fails…

The absolute last resort if a shark is to attack, or if he has you in his jaws, is to go absolutely mental. Thrash and splash and pound your body, do whatever you can do – kick, head butt, punch, swear – and if you’re lucky, he will panic, resulting in dropping you and escaping.