How To Make the Most of a Day in Melbourne 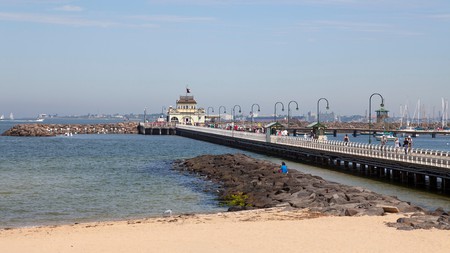 Twenty-four hours in any destination is only ever going to be enough to scratch the surface. However, with Melbourne’s excellent public transport, compact city centre and string of convenient highlights, whistle-stop visitors can squeeze an awful lot into their one day in town.

As Australia’s capital of food, drink and all things culture, Melbourne is a buzzing hive of mouth-watering eateries, world-class street art and non-stop nightspots. From the shores of St Kilda to the speakeasies of the central business district (CBD), the cafés of Carlton to the boutiques of Brunswick, here’s how to spend 24 hours exploring Australia’s cultural capital. 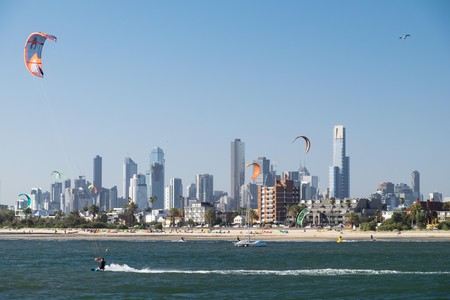 “Melbourne has had a vibrant café scene since the 1950s, and the tradition of going out to socialise and get a coffee has continued,” Jason Scheltus, co-founder and director of Market Lane, tells Culture Trip. “Melbourne is also very lucky to have some great food producers close to the city – great fruit and berries, wheat, dairy, the list goes on. All this is at the fingertips of Melburnians, at Queen Vic Market, and cooked fresh at cafés.”

It’s hard to go past Seven Seeds – an industrial-chic roastery in Carlton, only a couple of blocks north of the farm-fresh Queen Victoria Market – when it comes to speciality coffee. Next, stroll through the immaculately curated Carlton Gardens, past the UNESCO World Heritage-listed Royal Exhibition Building, en route to Fitzroy. 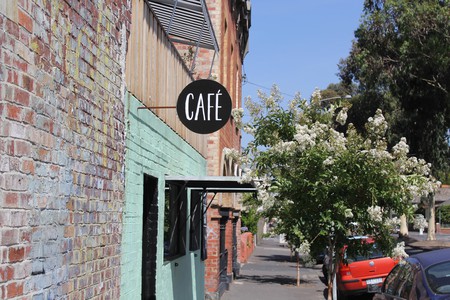 This hipster hub is home to what The New York Times has anointed the world’s best croissant at Lune, where ex-Formula One aerodynamicist Kate Reid now engineers the perfect pastry. Get here early to avoid the queue, which begins at dawn and snakes around the block by mid-morning on weekends.

The bohemian inner north is also where bargain hunters can pick up a piece of Melbourne to take home. The long lines at Dejour Jeans on Sydney Road in Brunswick are worth the wait for a pair of made-to-measure jeans for just $55 (£30), especially when this cult store is at its quietest on weekday mornings. Pop into Fitzroy vintage shops Lost and Found Market and Hunter Gatherer for a treasure trove of pre-loved clothing, furniture, art and bric-a-brac. 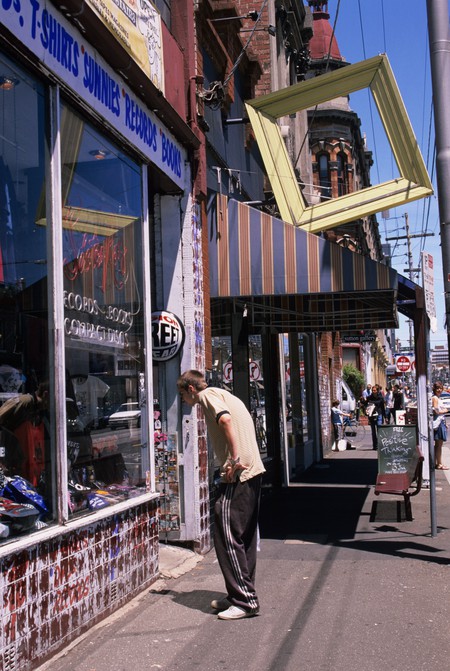 The city centre – a quick trip on the Number 11 tram from Fitzroy – contains most of Melbourne’s major sites, which can be ticked off on foot in one afternoon. Flinders Street Station, tick. The Yarra River, tick. Federation Square, tick.

Melbourne’s many museums, including Australia’s premier art collection at the National Gallery of Victoria, The Ian Potter Centre, Australian Centre for the Moving Image and the Immigration Museum, are also located in the CBD if there’s any wiggle room in this one-day itinerary. But visitors don’t need to visit a gallery to witness world-class artworks. 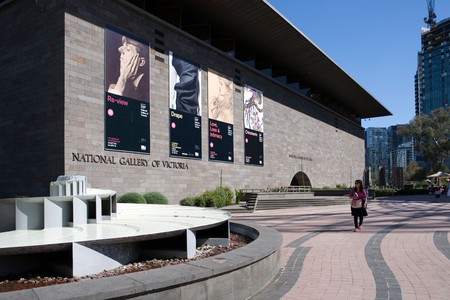 “Street art and graffiti are such a huge part of Melbourne culture,” says urban photographer Dean Sunshine. “Hosier Lane is an iconic space where graffiti and street artists have been painting for 20 years. Street art in Melbourne is alive – it’s probably the biggest in the world. And the beauty about it is that it’s not done to sell a piece – it’s done for the love of it.”

Hosier Lane off Flinders Street is the city’s most legendary laneway. However, for Instagram shots that aren’t so crowded, sneak away to the tiny Caledonian Lane, AC/DC Lane, Duckboard Place, Cocker Alley, Rutledge Lane, Croft Alley, Union Lane and Centre Place – Melbourne’s version of Diagon Alley – all within the CBD.

Eureka Skydeck 88 offers dizzying panoramas of Melbourne’s skyline from 285 metres (935 feet) above the streets of Southbank for $25 (£13.50). But for the price of a cocktail, Lui Bar on level 55 of the glistening Rialto Towers serves 270-degree vistas from the heart of the city centre. Smart dress required.

As for Melbourne’s best sunset spot? Catch the Number 16 tram from Flinders Street Station to St Kilda Pier, where little penguins waddle back to shore after a long day of fishing at sea while the sun sets over Port Phillip Bay. These adorable creatures return to the beach’s breakwater at dusk every night of the year. 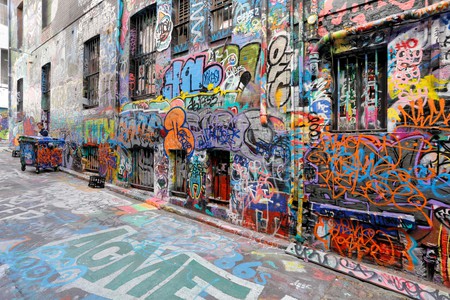 Unlike some Australian cities – such as Sydney, where government red tape can strangle the nightlife – Melbourne doesn’t go to bed when the sun goes down.

Stick around in St Kilda to start the evening at legendary live-music venues such as The Espy, the Palais Theatre and The Prince Hotel. Head back to the city centre via salubrious South Yarra, scheduling upscale pit stops at The Emerson Rooftop Bar and Club and French bistro France-Soir.

Alternatively, hop in an Uber back to the bohemian north, arriving early to grab a table on Fitzroy’s scenic Naked for Satan rooftop or a spot inside the repurposed train carriage parked on top of Easey’s (a quirky burger bar in Collingwood). Also, the Queen Vic runs night markets every Wednesday with a particular Southeast Asian flavour.

Melburnians are also spoiled with fine-dining options, including Attica. Located across the road from the Ripponlea railway station, this modern Australian eatery’s sophisticated use of native ingredients has cemented its standing as the country’s finest restaurant. 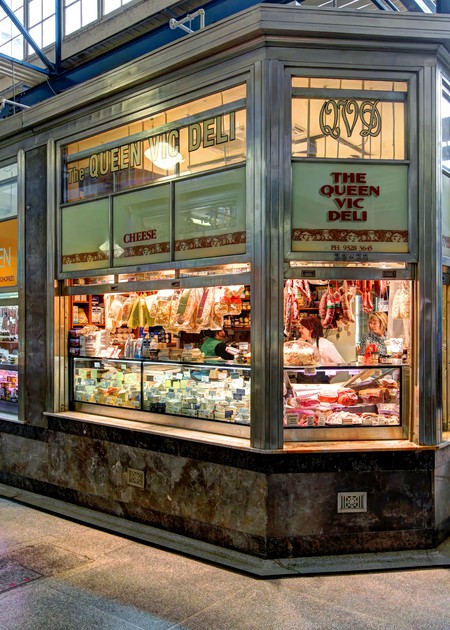 “Melbourne’s always been known as the food capital of Australia,” Attica chef Ben Shewry tells Culture Trip. “It’s unfussy. You can dress up as much as you want, but you’ll be accepted in any venue as you are, who you are, including my restaurant. It’s not an uptight place. Everybody’s pretty cool and wants to have a good time.”

For a city centre nightcap, Melburnians go gaga over a rooftop bar. Aptly named Rooftop Bar, which transforms into an al fresco cinema over summer, headlines the list, followed by Loop Roof on Meyers Place, Good Heavens on Bourke Street and Union Electric in Chinatown.

The CBD is also the best spot to end the evening at cocktail joints such as Romeo Lane, Eau De Vie and the postage-stamp-size Bar Americano, or surrounded by the water of the Yarra on Ponyfish Island, a watering hole floating beneath the Evan Walker Bridge in the shadow of the city skyline. 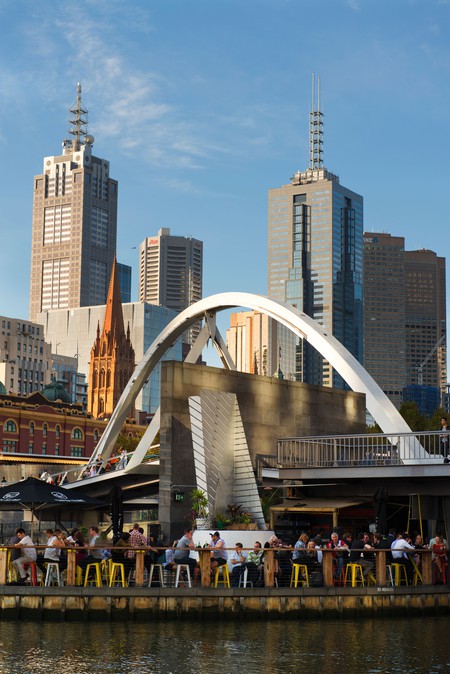