How To Make Australian Lamington Cake 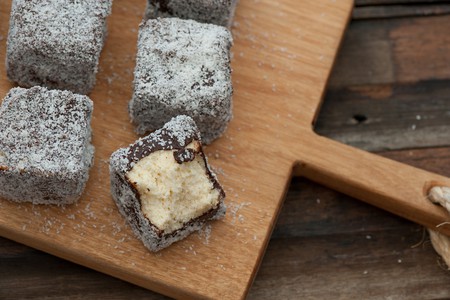 The humble ‘lammo’ holds such a cherished place in Australia’s national psyche that the Department of Foreign Affairs and Trade lists it alongside the meat pie and Vegemite as Australian icons. National Lamington Day is celebrated each year on July 21 and Quality Desserts in Toowoomba — the Queensland town that claims to be the birthplace of the beloved dessert — produces a reported 3.5 million a week. Fancy a plate of lamingtons for yourself? Read on to learn how to make them.

A lamington is a cube of fluffy sponge cake that’s been coated in chocolate then rolled in desiccated coconut, often divided into two layers with a layer of cream or strawberry jam — or even both if you’re feeling really adventurous — sandwiched in between. 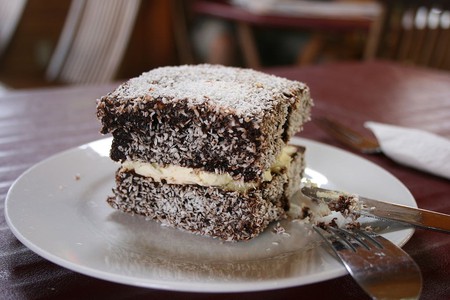 Readers in South Africa might recognise lammos as the Aussie cousin of their somewhat smaller ystervarkies, or ‘porcupines’, those from Cleveland call the treat ‘coconut bars’, and the Balkan countries are familiar with a similar dessert named čupavci.

Where does it come from?

This question is so difficult to answer that a professor at the University of Southern Queensland even penned a book about it — ‘The Lamington Enigma: A Survey of the Evidence’. The only thing for certain is that the name either refers to Lord Lamington, Governor of Queensland between 1896 and 1901, or his wife Lady Lamington.

As for the inventor, the couple’s French chef — who reportedly whipped up the original lammo using some old vanilla sponge cake and coconut inspired by his Tahitian wife — and a Brisbane cooking teacher both stake claims. And the city of origin? Brisbane, Ipswich, and Toowoomba all squabble but the latter is the most passionate about it, even claiming a Guinness World Record in 2011 for the largest ever lamington, weighing in at 2.36 tonnes. 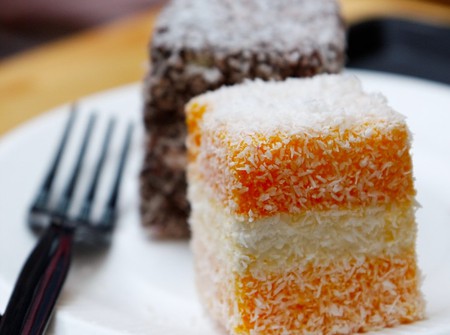 The dessert first appeared in print in 1896 and like all good Australian inventions, it popped up across the Tasman a couple of years later, when the recipe was published in ‘The Woman’s World’ column of a New Zealand newspaper in 1902. The method was extremely similar to the one we still use today to produce our time-honoured treat, a staple of Christmas get-togethers and primary school fundraisers from Darwin to Devonport and everywhere in between.

How to make it?

Preheat the oven to 180°C, and grease and line a regular 20cm square cake pan ready to receive your fluffy-as-a-cloud sponge cake mixture.

To start with, whiz the melted butter and sugar in a bowl with electric beaters for about two minutes before tossing in one teaspoon of the vanilla. Add one egg at a time, pulsing with the beaters until combined, then sift and stir in half the flour, then half the milk, then the rest of the flour, then the rest of the milk. Resist the urge to stick your finger in the bowl — you can lick the beaters instead — and pop the mixture into the pan. 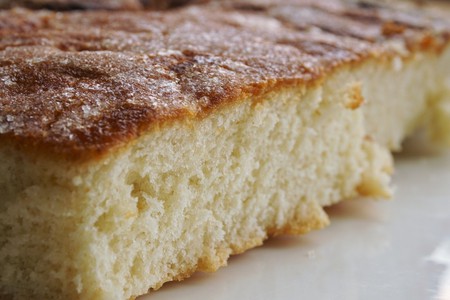 Bake your cake for 25-30 minutes until a skewer comes out clean, then cool it on a rack — you can even leave it sitting overnight if you want to channel Lord Lamington’s French chef and his supposedly leftover sponge. When you’re ready, chop the cake into even-sized squares, somewhere around 5cm by 5cm.

For the icing, add the chocolate, vanilla and cream to a bowl over a pot of simmering water to melt your mixture, before cooling it in the fridge then spreading it over the cake pieces. If juggling melted chocolate over a pot of water sounds like too much of a hassle, just whisk together three cups of icing sugar, 1/4 cup of cocoa powder, a tablespoon of unsalted butter, a cup of milk and a splash of hot water for the coating. 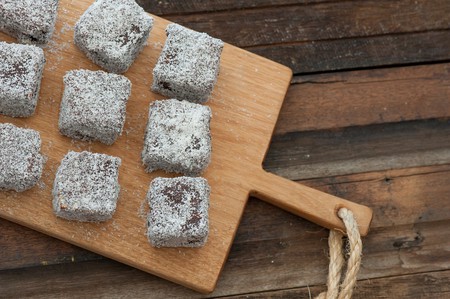 Lamingtons on a serving board | © jules/Flickr

After covering the cake with the icing, you’ve got a few choices for applying the coconut. Either sprinkle it over the pieces, dip them into a bowl of coconut using a fork or skewer, or if your eaters aren’t too fussy about getting fingerprints all over their dessert, just use your hands and throw it all about.

Want to mix it up a bit?

Add a layer of cream and strawberry jam between two halves of cake if you feel like adding a special touch, or click here to check out some of the best lamingtons you can find around the country, incorporating everything from toasted flakes of coconut and infusions of salted caramel, to macaroon toppings and coatings of raspberry, coffee and orange. 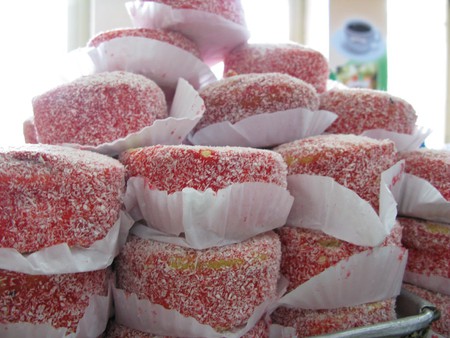