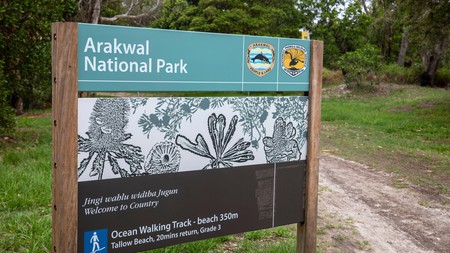 Hugging a 3km strip of Byron Bay’s coastline stretching south of the Tallow Beach car park, Arakwal National Park might be one of NSW’s smallest national parks, yet it has several draws for visitors looking for a tranquil escape from the bustle of town.

One of the most interesting things about Arakwal National Park, which has deep cultural significance to Byron Bay’s Arakwal Aboriginal community who have lived in the region for more than 22,000 years, is how it was formed. Established in 2001 following the signing of a historic Indigenous Land Use Agreement between the Arakwal community and the NSW Government, Arakwal National Park is now jointly run by the New South Wales National Parks Service and its Traditional Owners. Here are the best ways to experience it.

The Arakwal People of Byron Bay run several programs in and around Arakwal National Park for those interested to learn more about Arakwal Bundjalung People and their ongoing connection to nature and culture in their local area. On the Aboriginal Walk and Talk, for example, an Arakwal Aboriginal Discovery Ranger will teach you more about the Aboriginal history and stories connected to the national park. Book through the Arakwal website. 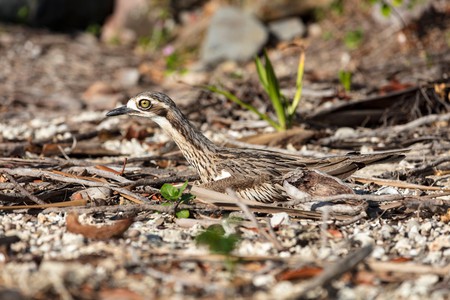 Birders be sure to get your binoculars at the ready, as over 120 species of resident and migratory birds have been recorded in Arakwal National Park and the neighbouring Byron Bay State Conservation Area. Encompassed by the southern boundary of the national park, the mouth of the tea tree-dotted lagoon known as Tallow Creek is one of the best places to spot species ranging from little egrets and sooty oystercatchers to critically endangered beach stone-curlews and endangered little terns. 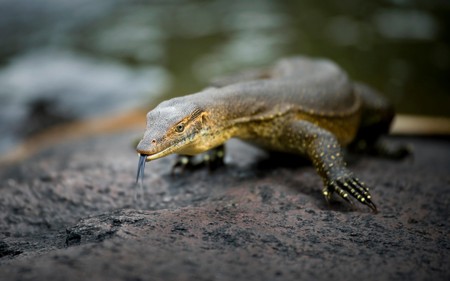 If you’re lucky you might spot a monitor lizard | © redbrickstock.com / Alamy Stock Photo

The wild stretch of beach protected by Arakwal National Park doesn’t attract as many visitors as Byron’s other beaches, increasing your chances of spotting wildlife such as wallabies – and if you’re lucky, maybe even an echidna or a monitor lizard.

The park is also home to two vulnerable frog species, the wallum froglet and the wallum sedge frog, while bottlenose dolphins are also commonly spotted from the beach along with migrating humpback whales between May and November.

Several narrow beach tracks linking residential areas of east Byron with Tallow Beach offer an opportunity to immerse yourself in the park’s costal heath, and maybe spot some local wildlife while you’re at it. Among the longest trails are Milne Track (800m), accessed from Milne St, and Pacific Vista Track (550m), accessed from the top of Pacific Vista Dr.

Be sure to watch where you’re going, as snakes and lizards are sometimes spotted soaking up the sun on the sandy trails. 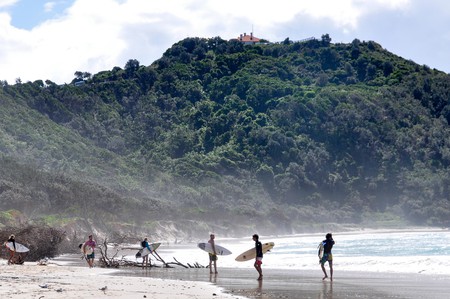 Avoid the surf crowds at the northern end of Tallow Beach by heading 2km south to the Arakwal National Park surf spot known as Dolphins. Roughly opposite Beachcomber Dr (which is linked to the beach via three short trails), this beach break is usually on form when the wind is blowing from the west.

With Tallow Beach (locally known as Tallows) known for its unpredictable rips, this spot is better suited to experienced surfers. 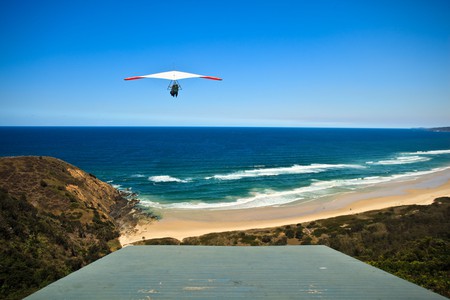 Byron Bay’s hang-gliding ramp is technically located in the Cape Byron State Conservation Area that encompasses much of the headland, but during a tandem flight above Byron you’ll get a bird’s-eye view of the national park, including its swampy interior that is difficult on reach on foot, before landing inside the park on Tallow Beach.