A Guide To Sydney's Gay Scene 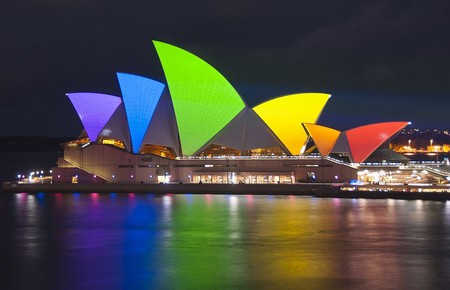 Sydney is a huge, progressive, cosmopolitan city full of friendly locals, a vibrant food and drink culture, and one of the biggest gay pride events on the planet. What’s not to love? From the most queer-friendly neighbourhoods to the hottest LGBTQI venues, introduce yourself to Sydney’s colourful gay scene.

Data from the Australian Census reveals that same-sex couples are most likely to live in Sydney’s inner city, within a strip of suburbs known as the ‘Rainbow Ribbon’. In fact, one in 10 gay men live within two kilometres of Taylor Square on Oxford St, the beating heart of Sydney’s gay scene.

Sydney’s most gay-friendly neighbourhoods stretch from upscale harbourside suburbs Potts Point and Elizabeth Bay, through Darlinghurst and Surry Hills. Then Redfern and Chippendale on the doorstep of the CBD, out to Newtown and Marrickville in the gentrified inner-west, postcodes that are particularly popular with female same-sex couples.

Places like Oxford St in Darlinghurst, Crown St in Surry Hills, and King St in Newtown are where you’ll see Sydney’s LGBTQI community at its most visible, with an abundance of bars, cafes and businesses sporting rainbow-coloured ‘Safe Place’ stickers in their front windows. Sydney is a generally safe city to visit and queer visitors are no exception, although everyone should keep their wits about them on a night out. 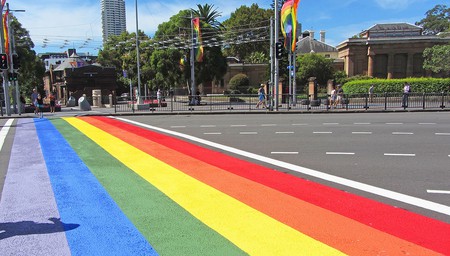 Sydney’s reputation as one of the most gay-friendly destinations in the world owes a lot to the annual Sydney Gay and Lesbian Mardi Gras. What began as a small protest way back in 1978 has blossomed into arguably the biggest gay pride event on the planet, with rainbow-hued images of Sydney at its tolerant best seen around the globe.

The parade itself — which takes place on the first Saturday in March — attracts estimates of up to half a million revellers to the Oxford St precinct. For the best views, hit up Grindr for a date with someone who owns a flat overlooking the parade route. Failing that, book your spot at one of the ticketed events that spring up around Darlinghurst.

And there’s plenty more to Mardi Gras than just the parade, with two weeks of parties, cultural events, academic talks and community get-togethers taking place around Sydney in the lead-up to the big night. The 2018 program promises to be the biggest yet, as Mardi Gras celebrates its 40th anniversary. 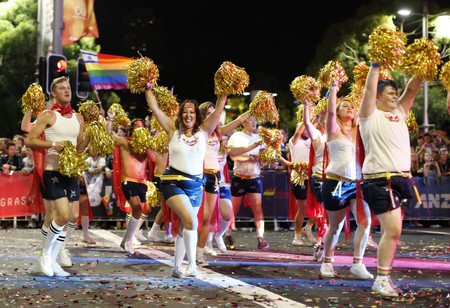 Draconian laws imposed by conservative state governments have dampened Sydney’s nightlife but there are still plenty of great gay-friendly venues for a fabulous night out. Mainstream nightclubs like Stonewall and Arq in Darlinghurst guarantee a big one, while the Oxford Hotel — a favourite of Sydney’s lesbian community — and the Colombian Hotel are other renowned Oxford St institutions.

In the inner-west, Slyfox is Sydney’s most iconic lesbian venue — there’s the weekly Birdcage party every Wednesday, as well as a bumper line-up of inclusive dance nights the rest of the week. Nearby Tokyo Sing Song, located in the revamped basement of the old Marlborough Hotel, offers another bouncing gay-friendly dance floor that welcomes many queer DJs. And in Redfern, the Bearded Tit is a hub of food, drink and art that the word ‘eclectic’ doesn’t even begin to describe. Imagine a wall of crocheted penises, if you can.

Sydney is also home to a growing underground arts and nightlife scene, with parties shifting from venue to venue to combat Sydney’s arcane lockout laws. Promoters Heaps Gay have been waging war against that unpopular legislation for three years, throwing stacks of huge parties along the way. Canned Fruit — who describe themselves as the city’s “newest all-incisive 100% juicy queer party” — is another one to keep an eye on.

Looking for a party that suits your niche? There’s no shortage of those either. Check out Harbour City Bears, Extra Dirty, Queer as Fvck and In the Dark to discover something that scratches your particular itch. 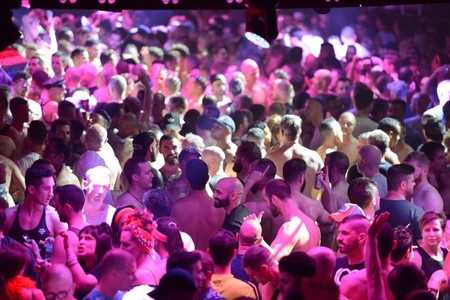 Star Observer has been the voice of Australian LGBTQI people since the first issue of ‘The Star’ was printed in 1979, back when the Mardi Gras was only a year old and homosexuality was still illegal in New South Wales. These days, it attracts half a million readers to its website plus monthly Sydney-centric print publications. More quality writing by and for Sydney’s queer community can be found on the websites of Lesbians on the Loose and Heaps Gay. ACON — formerly known as the AIDS Council of NSW — is also a useful online resource, focused specifically on health.

On the film front, Queer Screen — which throws a film festival for Mardi Gras each year — also organises the Queer Screen Film Fest every September to put LGBTQI stories on the silver screen. Cinephiles will also enjoy the Perv Film Festival, dedicated to arthouse ‘queerotica’ from around the world. 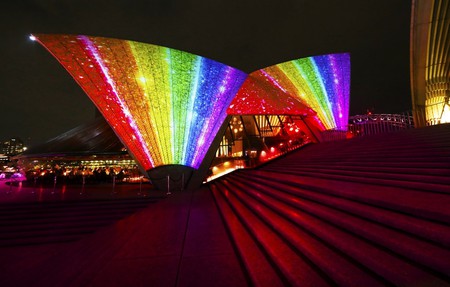