George Gittoes: Art And Activism In A Time Of War 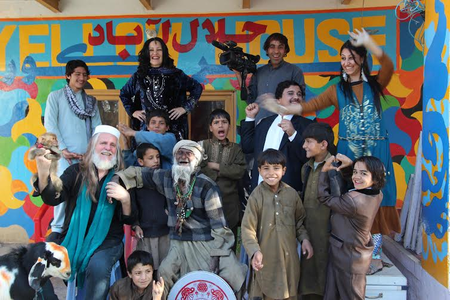 Australian war artist, filmmaker and activist George Noel Gittoes has seen more conflict than any man should. From genocidal violence to the Kibeho massacre, Gittoes captures the anguish faced by civilians of war-torn countries and comments on political and humanitarian injustices through externalist imagery. 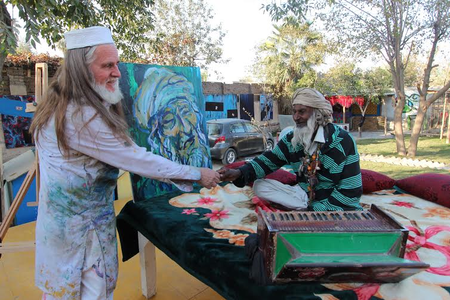 Born in New South Wales in 1949 to parents Joyce and Claude Gittoes, George didn’t take long to discover the humanitarian and traveller within. During primary school, he put on shows to raise money for the Red Cross, and in high school, he encouraged his art class to study Islamic art. In 1968, he began a combined Bachelor of Arts and Law degree at the University of Sydney, but upon meeting art critic Clement Greenberg, Gittoes dropped out and travelled to the United States where he began studying at the open access school, Art Students League of New York. It was during this time that he met realist artist Joe Delaney, as well as Andy Warhol.

By 1970, Gittoes returned to Australia and established the Yellow House Artists Collective with Martin Sharp. The double-story building in Potts Point Sydney only operated for one year, but in that time, it served as a space for artists to live and exhibit their work. After the closure of Yellow House, Gittoes began working with Aboriginal artists from Mornington Island and created the Rainbow Way series inspired by the Indigenous legend of the Rainbow Serpent. During this time, Gittoes became fascinated with the transformation of light underwater, and in 1977, he began working at CSIRO with physicist Zoltan Hegedus on laser holography and multicolour white-light transmission holograms. This new development allowed Gittoes to finish his 16mm film Rainbow Way, which went on to screen at film festivals in Melbourne and Sydney. 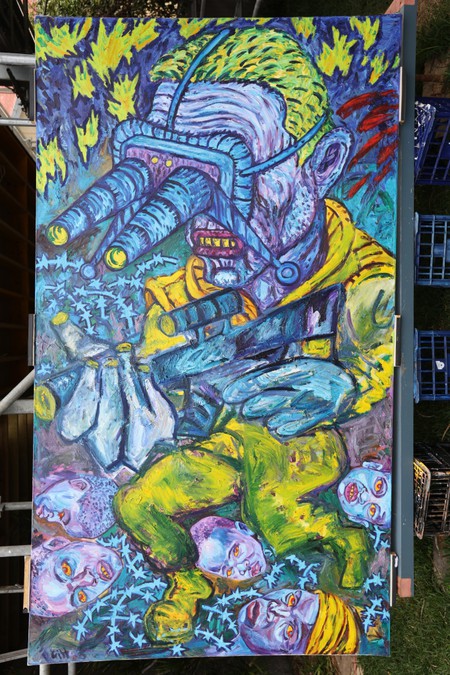 In 1986 on a trip to Nicaragua, Gittoes met externalist poet and priest Ernesto Cardenal and was inspired by externalism philosophy. During this period, he created two key works: a film titled The Bullets of the Poets about Sandinista women who had fought in the Nicaraguan revolution and the drawing The Captured Gun.

In 1992, Gittoes was awarded the prestigious Blake Prize for Religious Art for his painting Ancient Prayer, which captured the grief Gittoes felt after the death of his friend Ronaldo Cameron. 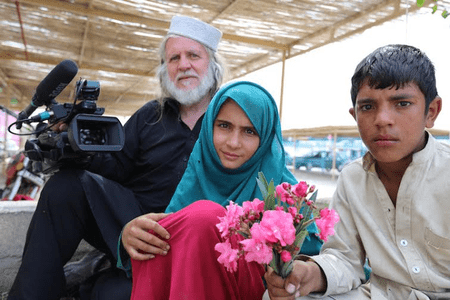 From 1993, Gittoes began spending a significant amount of time in conflict zones such as Somalia and Cambodia and depicted the Australian military and their peacekeeping efforts in his paintings and photographs. These works can be seen at the Australian War Memorial in Canberra. Gittoes was particularly moved by the stories of Cambodian landmine survivors, and much of his work at the time was inspired by these people. The following year he visited Australian peacekeepers in Western Sahara, Egypt, Algeria, Israel, Sinai and Lebanon. On a trip to South Africa in April, Gittoes witnessed the election of Nelson Mandela, which inspired his series Freedom Dancer. Travelling with the Australian Army Medical Support Force to Rwanda in 1995, Gittoes observed the Kibeho Massacre, which killed an estimated 4,000 displacement Rwandans. This horrific event inspired several versions of the painting The Preacher, one of which won Gittoes the Blake Prize for Religious Art for the second time in his career.

During the late 1990s, Gittoes continued travelling to war zones, but his focus transitioned from peacekeeping efforts to the lives of civilians and refugees living amongst conflict. His travels brought him to Bosnia, Northern Island and China. In 1997, Gittoes received a Member of the Order of Australia for his ‘service to art international relations.’

His continuing interest in minefields and victims of landmines saw him travel to Thailand, Cambodia, Afghanistan, Pakistan and East Timor. Minefields, the work that was inspired by these travels, was exhibited at Palais des Nations, the UN office Geneva, Switzerland, Moscow and the Sir Hermann Black Gallery at the University of Sydney. 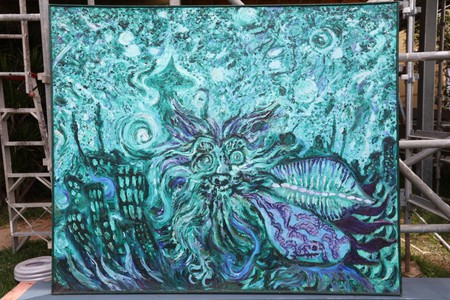 The terrorist attacks on September 11, 2001 steered Gittoes’ career in a new direction and led to the painting War on Terra, which was exhibited at St Paul’s Cathedral in Melbourne on the first anniversary of the attacks. He also recognised the importance of young Americans and the influence of war on rap music and the MTV generation. In his travels to Iraq in 2003 and 2004, he interviewed American soldiers and spoke to them about the role of music on the battlefield. These interviews were the basis for his first Soundtrack of War, which premiered on ABC and screened on MTV in the United States, the Museum of Modern Art in New York and at the Sydney and Berlin film festivals.

After the success of Soundtrack of War, Gittoes filmed Miscreants of Taliwood and produced two films in Pakistan in Pashtun. When released in 2009, Miscreants of Taliwood was screened at film festivals throughout the United States, Europe and Australia. In 2009, he was commissioned by Big Day Out to produce three paintings for the main stage.

Since then, Gittoes worked at Light Work in Syracuse, New York as their artist in residence and released his feature-length documentary Snow Monkey, which premiered at the Melbourne Film Festival in 2015. He was awarded the 2015 Sydney Peace Prize “for his courage to witness and confront violence in the war zones of the world.” Gittoes has recently returned from Cambodia.