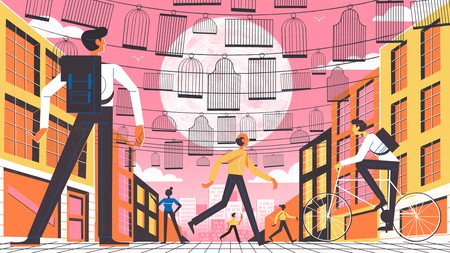 The sound of birdcall on a 24-hour loop is mesmerising...but where is it coming from? Michael Driver / © Culture Trip

Hidden in one of Sydney’s quieter laneways, and protected from the hum of the bustling metropolis, lies one of its best examples of public art – Forgotten Songs by Michael Thomas Hill. Here, visitors are greeted not only visually but, more importantly, audibly in this provocative installation that became a permanent fixture in Angel Place in 2011.

Suspended in the open air between high-rise buildings, 180 birdcages dangle and sway above passersby on Angel Place while the sound of birdsong echoes throughout the stillness of the space. Yet despite the calls of native Australian birds, the cages are empty. Created for the City of Sydney during The Laneways Temporary Art program (which ran from 2008 to 2013), Hill explains how the work “explores how Sydney’s fauna has evolved and adapted to coexist with increased urbanisation – inviting contemplation of the city’s past, its underlying landscape and the sustainability issues associated with increased urban development”. 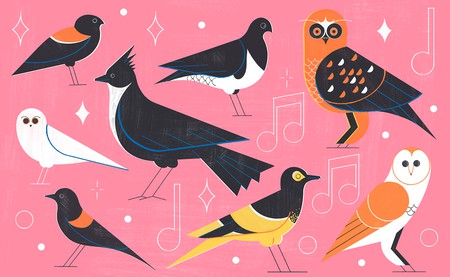 Curated by Dr Steffen Lehmann, the second project for Sydney’s laneways looked to address ongoing climate change alongside urban renewal in the city’s lanes. As with the nature of art for public spaces, Hill chose the location and from there expanded upon the story of Sydney’s missing birds. “I had thought about the story of the missing birds of Sydney, and how better to show them missing than with empty birdcages? The idea of the soundscape grew out of it,” explains Hill. Working with Dr Richard Major, an ornithologist at the Australian Museum, Hill sought to represent the birdlife that had been pushed out of the city due to increased urbanisation and human settlement where their native habitat has been lost or destroyed.

When deciding which birdsong recordings to use, Hill trusted the expertise of Dr Major, who assessed the land where the laneway was built and established that the sandstone base of the earth would have led to a particular growth of vegetation, and therefore a particular set of birds who would have inhabited the area, thus bringing an element of authenticity to the work. “Dr Major’s colleague, Fred van Gessel, had been recording many birds around the city perimeter for many years and had a store of the bird recordings, which we then used to compose the separate day and night soundscapes,” adds Hill.

During the course of the day and night, sounds of up to 50 bird species can be heard – such as the Eastern Whipbird, Rockwarbler, Regent Honeyeater, Grey Shrike-Thrush, Wonga Pigeon and Yellow-Faced Honeyeater. At night, the Australian Owlet-Nightjar, Powerful Owl, Southern Boobook, Barn Owl, Tawny Frogmouth and White-Throated Nightjar call out. The names of the bird species have also been inscribed into the floor of the laneway itself.

“We can all understand the impact that humans are having on the environment,” says Hill. “Trying to create a public artwork that might uplift people while carrying this message was the goal. But there is a darker undercurrent within the work where audiences might be happily uplifted by birdsong, but it is recorded birdsong, as though this is all the nature we have left. It is meant to be a bittersweet experience.”

As one of Australia’s largest cities, the City of Sydney is continually looking at creating greener developments to not only protect natural and unique biodiversity and wildlife in the area, but to bring these important issues to the forefront for its citizens. Clover Moore, Lord Mayor of the City of Sydney, is committed to environmental action, stating, “Together, we can reduce our city’s environmental impact and adapt to be resilient to the impacts and challenges of a changing climate.” Birdlife Australia is an organisation committed to developing and promoting awareness about local bird species across the country, with programs such as the Regent Honeyeater Recovery Program, aiming to protect native bird habitats.

Working within the realms of multimedia, bringing the sounds of lost birdlife to the city was a challenge for Hill, but with a talented team that included members of his company, Lightwell, the audio and installation now remains a fixed project in Angel Place after the local community called for it to be made permanent. The artwork is not only aesthetically intriguing, as the symmetrical lines of the birdcages overlap and move within the space, but the soundscape of the bird calls are extremely tranquil – offering an oasis of nature in the soundscape of a working city. “There’s a handmade quality to the visual look of the cages, and their variety adds to the sense of randomness,” muses Hill on why the work gained such popularity. “Also, the balance between the beautiful birdsong and the thought of the birds’ disappearance was meant to be wistful or poignant. Maybe these are feelings that people don’t often have when they walk around the city.” 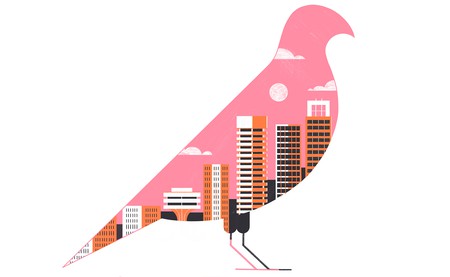 Art is a means of discussing these issues within a creative sphere, and Hill has been involved in another project, High Water, in Green Square Plaza, which shows live tidal and weather data as a series of animated watercolours. “It has an online archive of images captured by the system and gives a gentle reminder of changes to weather and rising sea levels,” says Hill.

For those wishing to enjoy this thoughtful artwork, Angel Place is a short 15-minute walk from Circular Quay at Sydney Harbour, or alternatively a one-minute walk from Wynyard tram stop. The installation is on a 24-hour loop, with nocturnal birds playing as the sun begins to set, so make sure to visit during the day as well as the night for the full experience.