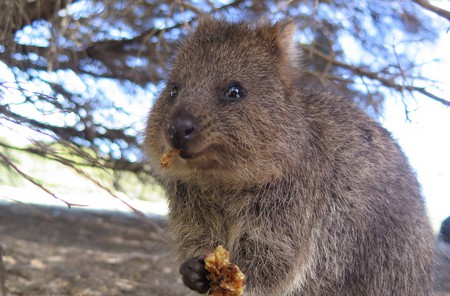 In Australia, where rabbits are pests that ravage the natural environment, what do you do with Easter bunnies? You swap them for a confectionary version of a much cuter native animal, of course.

For years at Easter time, Australians have been munching on chocolate bilbies, the big-eared bandicoot hopping around the Central Australian desert. And now, the ‘World’s Happiest Animal’ is on the menu, with chocolate quokkas being produced by one West Australian chocolatier.

The Margaret River Chocolate Company has ‘chocolatised’ Western Australia’s most unique and best loved marsupial in a bid to raise funds used to protect a creature listed as ‘vulnerable’ by the state and federal governments.

Distinct to the south-west corner of WA, quokkas are cat-sized marsupials that kind of look like miniature kangaroos. A small population is found around the gorgeous Margaret River wine region, but the vast majority of the entire species—around 10,000—live on Rottnest Island, a seaside paradise just a short ferry trip from Perth.

After bushfires damaged an important mainland habitat not far from Margaret River three years ago, the Margaret River Chocolate Company decided to add a chocolate quokka to their range of 200 premium hand-crafted sweets. The result? ‘Chokka the Quokka’, with a portion of every sale supporting quokka conservation and research. 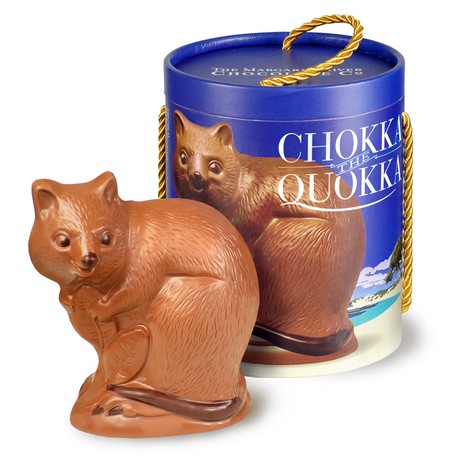 The chocolate maker first donated $8,000 to a bushfire recovery program on the mainland, and have since given more than $10,000 to the Rottnest Foundation to fund quokka conservation efforts on the island.

Producing artisanal chocolate in WA’s famous wine region since 1999, the Margaret River Chocolate Company has expanded to stores in Perth City and the Swan Valley, and all three shops sell Chokkas to help support Rotto’s most iconic, and adorable, resident. Chokka even has his own Facebook and Instagram accounts where fans can follow the campaign. 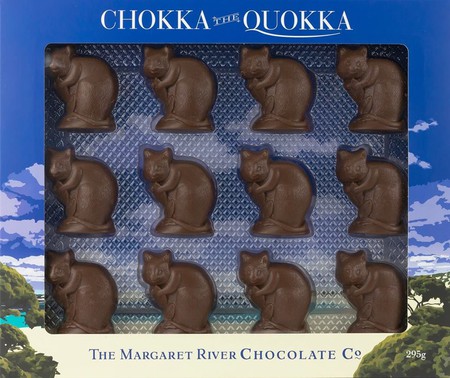 The quokka enjoys a well earned reputation as one of Australia’s cutest animals thanks to its cheeky grin, friendly personality and tiny size. After the #quokkaselfie movement made a splash on the internet—everyone from tennis ace Roger Federer to Hollywood A-listers Margot Robbie and Hugh Jackman got in on the act—the quokka was dubbed the ‘World’s Happiest Animal’ by the world’s media. They’ll be even happier if the good people of Western Australia keep feasting on chocolate in their likeness.