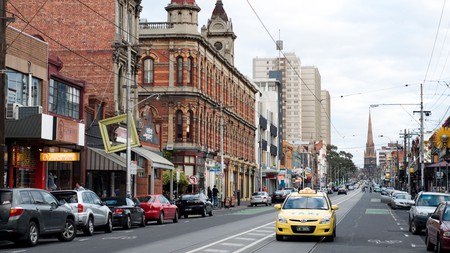 The rise of veganism within Melbourne’s world-famous food scene is now a well-established culinary tour de force. Culture Trip journeys to Brunswick Street in Fitzroy, the heartland of Melbourne’s vegan movement, to speak with the owner of the iconic Smith + Daughters restaurant, Shannon Martinez, about her work and contributions to the vegan scene over the past decade-and-a-half.

Research by Euromonitor International found that Australia is now the third fastest-growing vegan market in the world, after the UAE and China, and nowhere expounds this quite so openly as the suburb of Fitzroy. The appetite for vegetarian and vegan food has grown exponentially in recent times and Melbourne, with its affluent lifestyle, brunch culture and bright young things is the ideal hotbed for veganism as its proponents challenge the status quo around consumption and cuisine. 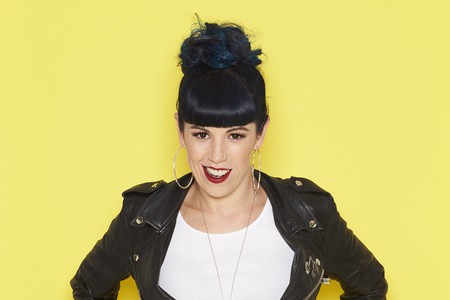 Rewind to 1988, when the first landmark vegetarian/vegan restaurant, Vegie Bar, was opened and there were no others like it around. “When we first opened Smith + Daughters there was only one or two dedicated veggie/vegan spots in Fitzroy,” Martinez explains. “Now there are more than 20 in the local area if you count Smith Street and Brunswick Street together. Vegie Bar opened its fine dining venue, Transformer, then it opened the Girls + Boys ice cream place next door, then you’ve got Madame K’s, Viet Rose, which does the best laksa around, Lord of the Fries, Neko Neko, The Cruelty Free Shop (a vegan grocery) on Johnson Street… and lots more. That’s pretty awesome!”

For those that don’t know, Smith + Daughters burst on to the scene in 2014 with their upmarket, Latin-flavoured, rock ’n’ roll cuisine, marking a new era in the vegan vernacular of Fitzroy. Established by Martinez and Mo Wyse, and now solely owned by Martinez, Smith + Daughters has a reputation for tasty food that vegans and non-vegans alike can chow down on, complemented by outstanding wines, beers and cocktails.

“I’ve been cooking vegan food for about 15 years now,” Martinez says, “I grew up in Fitzroy. Mo and I met nearby at The People’s Market in Collingwood. It felt like the natural decision to set up Smith + Daughters around here. It’s the perfect location.

“We started out with a Latin/Spanish menu – I’ve got a Spanish background – but I also get bored quite quickly and I was super hungover on my couch one day and realised that there wasn’t really any Italian food for vegans, so we went in that direction. That was two years ago, and I don’t see us changing anytime soon as people are really enjoying it.”

Doing something different is what Smith + Daughters is all about. Notably, its clientele are not your average green smoothie-drinking health nuts. “It was also really important to me to provide really good alcohol alongside the food and that’s what we’ve done,” Martinez says.

“Most of our customers are non-vegan actually,” she tells Culture Trip. Although that said, she is seeing more and more people eschewing meat and dairy, and reducing consumption in recent times more than ever before. 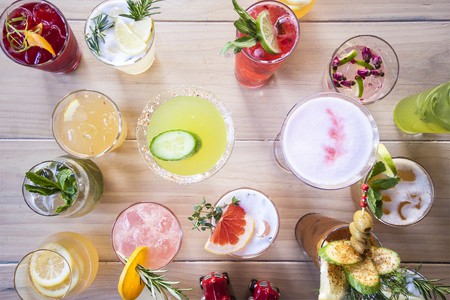 When it comes to eating out in and around Fitzroy, Martinez gives Culture Trip some cool recommendations of bars, eateries and off-the-beaten track vegan joints that are well worth a visit. Mono-XO is her top pick. “This place is my number one place to eat in Fitzroy,” she says. “In fact, you’ll usually find me hanging out here. It has the best bartender in the country and these amazing vegan salt & pepper Japanese skewers… I’d eat these over anything else!” Indeed, this minimalist style Japanese bar/eatery is a hot spot, only seats 25 and is described by co-owners Joe Jones and Sam Stafford as “charcoal meets rock’n’roll”.

Then there’s the recently reopened and much-loved multi-storey Brunswick Street pub Bimbos (reopened following a fire in 2018), which Martinez also rates highly because of its vast array of doughy delights, with its famous $5 pizza deal being a particular draw card. Nearby, Mukka, a vegetarian/vegan-friendly restaurant that specialises in “great Indian food” according to Martinez, is another local favourite.

“Moroccan Soup Bar in North Fitzroy is another one of my favourite places in Melbourne. I just love the ethos behind it, as it employs women who are not in ideal situations and need a bit of support. It really is an institution and has been around forever. It’s so simple, it’s the kind of food I love to eat, and it’s really homely; you can bring containers to take home the leftovers. Their chickpea dish is incredible.”

Just Falafs on St George’s Road is also a top tip. “It has great falafels, love that place,” Martinez says. It does what it says on the tin and delivers some wonderful vegan bites.

Neko Neko is a favourite of Martinez’s. “The vegan ramen is to die for,” she says. “And the cutest people run it, they’re just gorgeous.” Neko Neko is a top Smith Street spot and is a pescatarian/vegan café run by Japanese duo Saori (a vegan herself) and Tomoya Kawasaki, who moved to Melbourne from Tokyo. Together they have subsequently opened a trio of popular Japanese joints across the city, including Wabi Sabi in Collingwood and Yoku Ono in Prahran. 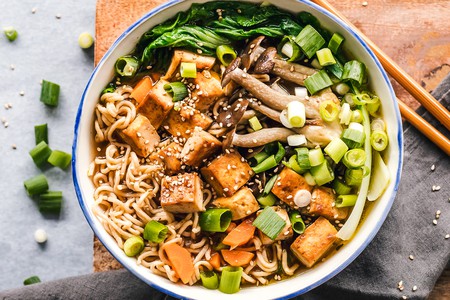 Japanese vegans Saori and Tomoya Kawasaki have created arguably one of the best vegan ramen bowls in the city, available at Neko Neko. | © OatmealStories/Getty

Not to be forgotten is the Sparrow’s Philly Cheesesteaks (at The Catfish) on Gertrude Street, right at the bottom of Fitzroy. “It does a rad vegan cheese steak,” Martinez tells Culture Trip, “It’s a bit of a dive bar but it does the best cheese steak – cheap, delicious, it’s really good!”

“Fitzroy, in my opinion, is the best area in Melbourne [to get] a good scope of everything this city has to offer – music, bars, food. You can spend all day here from breakfast through to 2am.”

Martinez says Melbourne’s hospitality industry has embraced vegan dining, and is finding inventive ways to avoid using animal products. “What’s happening is that more restaurants are focusing on vegan food; they’re not thinking of it as an afterthought anymore and the chefs are paying attention. Some of the most exciting vegan food in Melbourne is coming out of non-vegan restaurants,” she says.

Her advice for vegans? “Don’t focus on vegan-only restaurants. Do your research, call ahead and ask the restaurant. You’ll be surprised and, more often than not, have an epic restaurant experience as a result.”