Top Things To Do In Federation Square, Melbourne

Federation Square is Melbourne’s iconic meeting place and a hub for food, arts and events. Located across the road from the historic Flinders Street Station, the square’s unconventional appearance demands attention but also attracted criticism in the past. Still, love it or hate it, it’s undeniable that Federation Square has claimed its place as one of the city’s important cultural spaces. Here’s why. 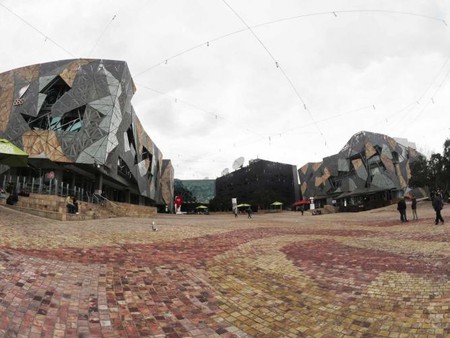 Located at the very back of the square, the Ian Potter Centre is the place to go for those curious about Australian art. The center is the first major gallery dedicated exclusively to Australian artists and has around 25,000 works of art in its collection.
The gallery’s permanent exhibitions put iconic local art on display and feature an extensive selection of Indigenous artwork from across the country. The gallery also holds temporary exhibitions, and they are all free to view.

The Australian Centre for Moving Image is a must-see for anyone interested in film, TV and gaming. The center’s cinemas are more likely to screen an intriguing documentary or a well-loved classic than the latest Hollywood blockbuster, and they play a big part in events such as the Melbourne Film Festival and White Night.
ACMI also has exhibition spaces and regularly brings world-renowned touring exhibitions to Melbourne. Its permanent exhibition, Screen Worlds, is also definitely worth a visit. It’s free to enter and provides a highly interactive look at the history of film, Australian media, and film and game production.

There’s always something going on in Melbourne, and Federation Square is usually right in the thick of it. The square was designed to be an events space and it hosts many cultural and community festivals. It also plays a big part in Melbourne City events.

Federation Square also serves as a public arena for sporting events. The AFL Grand Final, the Olympics, Australian Open and many other major local and international sporting events are streamed on the big screen on the Swanston Street side of the square, allowing people below to watch the game free of charge. 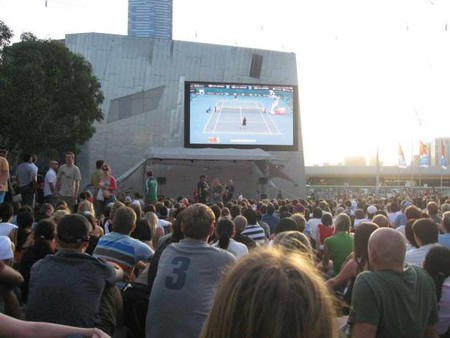 Federation Square is home to many good cafés, bars and restaurants. The Ian Potter Centre and ACMI both have their own cafés and there are others in the square, including Time Out. Transport Hotel is always busy on weekends.
Just like the wider city, the restaurants all draw their cuisine from different parts of the world. Chocolate Buddha specializes in Japanese, Il Pom is Italian and Bokchoy Tang is Chinese. Melbourne values its food, so it is no surprise that Federation Square offers such a variety of places to eat.

Melbourne is a UNESCO City of Literature and has the literary events, bookshops and book markets to justify the title. Melbourne’s largest weekly book market is held every Saturday in Federation Square’s Atrium and is the perfect place to find something new to read.

The market features different book dealers who sell both new and second-hand treasures. Selected authors and illustrators also have tables and Melbourne’s best buskers create a lively atmosphere with their music and entertainment.