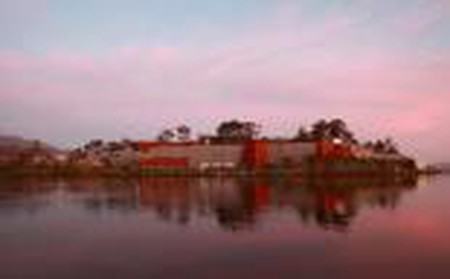 The biggest private museum in Australia, The Museum of Old and New Art exhibits ancient, modern and contemporary art in a way which raises eyebrows and sometimes even turns stomachs. Run by David Walsh, the museum embodies his visions to question the human condition, attempts to turn the traditional experience of contemporary art on its head and questions our physical existence. Provocative, thought provoking or distasteful: whatever your reaction to the MONA, it stands alone and makes no apologies in its display of visual arts. 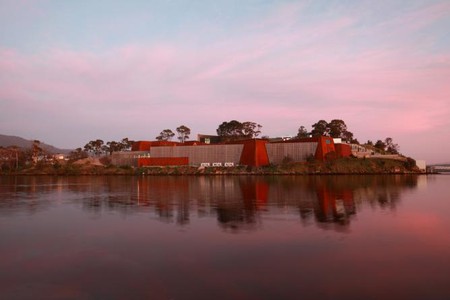 Owned by private collector and professional gambler David Walsh, the Museum of Old and New Art is located within the Moorilla Estate of Hobart, Tasmania. In numerous Aboriginal dialects, the word ‘Moorilla’ translates to ‘rock by the water’, which is reflective of the museum’s natural surroundings. Built into the sandstone cliffs, the museum predominantly exists underground in order to respect these external settings and uses them as camouflage. Walsh encourages visitors to arrive at the museum by Ferry, traveling up the River Derwent, in order to get the best view when approaching the building. The structure’s impressive architecture is offered as an experience on its own, one which from the outside can be seen as quite different to the internal playground that lies within. 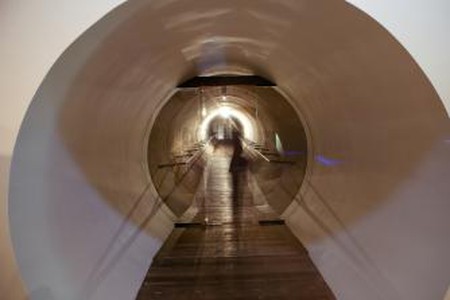 Following European settlement in 1804 and the quarrying of sandstone, the site was purchased by Claudio Alcorso and in 1948 the first south Tasmanian vineyard was planted, beginning the area’s wine industry as it exists today. Two houses from this original site still exist as part of the museum, the Courtyard House and the Round House, which are now used as entrance, gift shop, cafe and library. David Walsh purchased the property in 1995 and turned the Courtyard House into the Moorilla Museum of Antiques, although this was not entirely successful. After investing in a complete revamp and expansion of the site, it was reopened in January 2011 as the MONA. 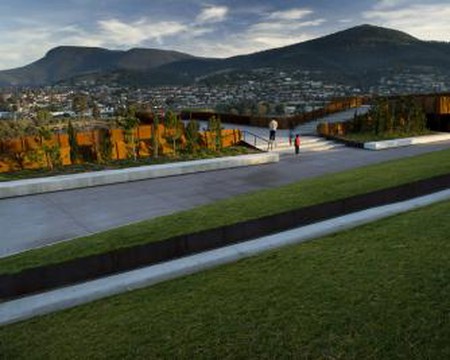 The Moorilla Estate is an attraction in itself, with the eight MONA Pavilions existing to accommodate visitors, and include all the extravagances from an infinity pool to a sauna and gym. In addition to this, the incredibly successful winery and Moo Brew microbrewery are also key highlights, with the latter established in 2005 and producing an annual special-release stout. The Source Restaurant and two bars will fill stomachs and pleasure taste buds as you get to sample some of the cool climate wines that have been produced here for over 50 years. A cultural hub set back against some of the most beautiful natural scenes Australia has to offer, this venue also hosts music, such as every January with the MONA FOMA festival, curated by Brian Ritchie. 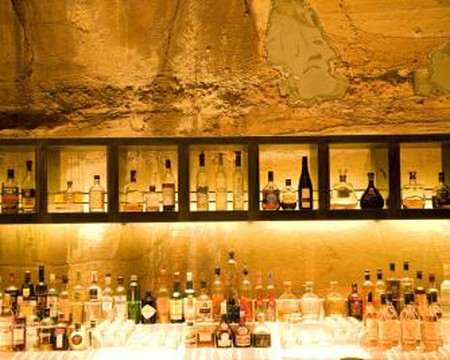 Despite all this however, Walsh has claimed that attracting visitors isn’t his main priority, in his display of contemporary art at least. Both criticized and applauded, MONA is a museum like no other, possibly even existing as the antithesis to the traditional art museum experience. Walsh has been quoted multiple times when describing his art museum as a ‘subversive Disneyland’, an ‘un-museum’, and it can certainly be said that some of the art existing here does not always follow the mainstream trends within the contemporary art scene. The majority of the works are from Walsh’s private collection of around 400 pieces, with the rest on loan, rotating between each exhibition. These pieces range from works that jump out at the visitor, ones that entice them into a creative discussion and ones that encourage the questioning of art experiences. Walsh selects pieces of controversy, yes, but also works that bravely speak out – whether with humor, mockery or contemplative meditations – about what it is to be human, and what drives us to create works of art in the first place. 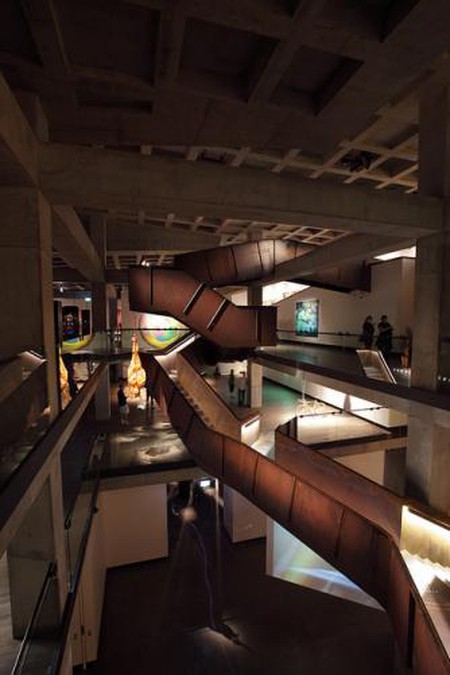 The building housing the museum was designed by Melbourne architect Nonda Katsalidis, and is worth visiting in its own right. The entrance is unassuming and takes you into the cliff where you will travel 17 meters underground to discover the works of art. The sandstone walls are a notable design feature, maintaining their natural attributes, and at times of heavy rainfall the walls will breathe with the flow of water. A complete contrast to the white, quiet and serene museums that many of us are used to, Katsalidis has created a maze to get lost in, one in which you will stumble across artworks and must come to your own conclusions. Dimly lit, awkwardly shaped in places and sometimes even unpleasant to smell, the museum is an attack on all the senses. A possible contemplation on our own mortality, the building exists only a few meters above sea level, meaning that without sufficient funding, it will be lost to rising sea levels in the next 50 years.

Curated by Nicole Durling, Olivier Varenne and Adrian Spinks in addition to David Walsh and the MONA team, the Museum of Old and New Art pushes the boundaries within which art is displayed and encountered. In visiting you will be encouraged to ask questions, have reactions, learn your tastes and then change them. Works of ‘visual poetry’ exist alongside others which demand reaction in maverick Walsh’s ‘collection of everything’.

See what’s on and the museum’s current exhibitions here.