Dive Into Underwater Hockey In Australia 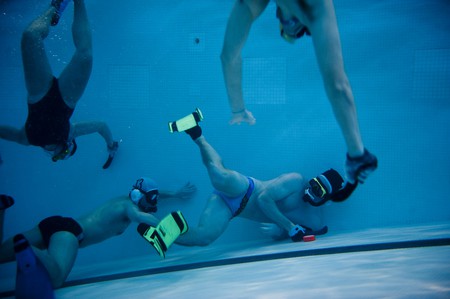 The bottom of the swimming pool isn’t just for standing on. Rather, it has become the base of a non-contact sport that has taken the world by storm. Competing in two teams, the players must get the puck into the opposing team’s goal, just like hockey – except this all occurs underwater. Played across Australia and the world for over 50 years, we take a look at Underwater Hockey.

The History Of Underwater Hockey

Underwater Hockey was originally named Octopush upon invention in 1954. In England’s then-newly formed Southsea Sub-Aqua Club, creator Alan Blake feared his members wouldn’t attend the club during the cooler months when the sea becomes too cold to dive. Consisting of 8 players per team (octo) who each hold a pusher (a bat similar to that of a tiny shuffleboard stick), players must move an uncoated lead puck into the opponent’s goal.

Since the introduction over 50 years ago, Underwater Hockey has evolved into an energetic sport played in over 20 countries. And after the event’s creation in 1980, the World Championships have been held every 2 years, featuring competitors from countries including Australia, Colombia, Japan, and South Africa. 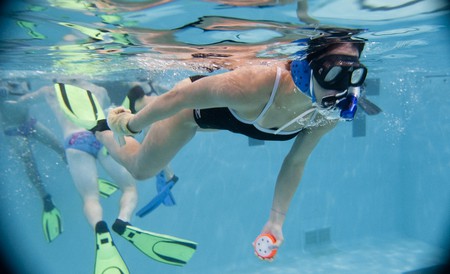 Made Its Way Down Under

In 1962, Norm Leibeck, a scuba-diving instructor, brought underwater hockey to Canada. From its introduction to Australia in 1966, underwater hockey has become a popular sport, with the first Australian Underwater Hockey Championships held in 1975 in Margaret River, Western Australia. Following the success of these championships, a women’s division was added in 1981, followed by the junior division in 1990.

With the introduction of championships, Australia has finished in the top three over 40 times, including gaining the title of world champion in numerous divisions. The World Championships in 2016 saw Australia bring home gold for the men’s teams, elite and masters, and the women’s teams, with its elite team placing 6th and its masters team 1st. 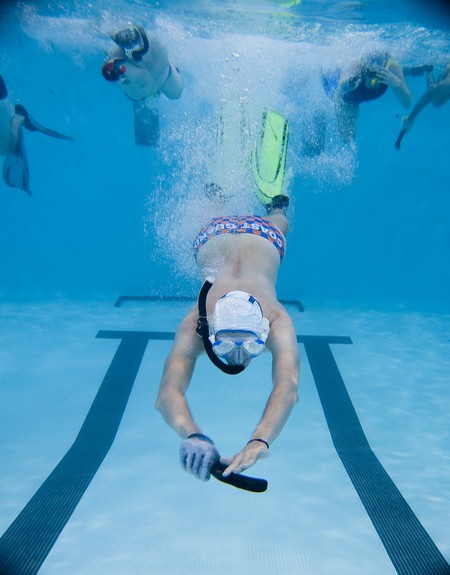 Today, two teams consisting of ten players each go head-to-head with six from each team in the game at once. The players begin the game in the water, touching the wall located above their goals. A puck is placed in the middle of the pool. Players must then swim in the ‘play area’ and try to score a point by successfully getting the puck in the opponent’s goal. Typically the formation is 3-3 (three offensive and three defensive players). Once the goal is scored players must return to their wall to start a new game, and a break can be played due to a foul, a time-out, or the end of the game. At halftime the teams switch ends.

Each player must wear a diving mask, fins, a snorkel, and a glove. The diving mask, snorkels, and fins improve visibility underwater and stay on for the duration of the game, helping the players swim faster. The gloves protect players’ hands against impact on the knuckles.

During the game, the players must avoid any penalties ranging from stopping the puck with something that is not the stick to using the stick against someone or something other than the puck in play. Depending on what the penalty may be, the results can see the other team gain possession of the puck and a player on the penalised team removed from the game, amongst others situations.

In underwater hockey there are four to five referees in play at a time. Two or three in-water referees observe the game and the players from the bottom of the pool, whilst another referee tracks the time, calls fouls, and maintains the score from the poolside deck. The deck, or chief, referee and the in-water referees communicate via signals in order to start and stop the game.