Did You Know There Are Wild Camels in Australia? 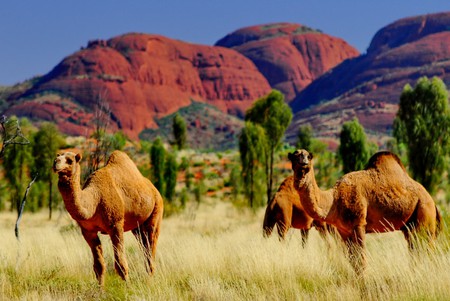 Australia has many connotations attached to its name: sun, surf, white sand beaches, Vegemite, cork hats, and plenty of animals, including koalas, kangaroos, echidnas, and kookaburras. One animal that isn’t normally associated with the great southern land is the camel. But nonetheless, they exist in large herds in outback Australia.

So how did they get here? Settlers introduced several species to the country when they arrived – including wild horses, pigs, goats, dogs, cats, rabbits and foxes – and camels are also an introduced species. In fact, Australia’s wild camel population is the biggest in the world, with about 750,000 roaming wild in the outback. 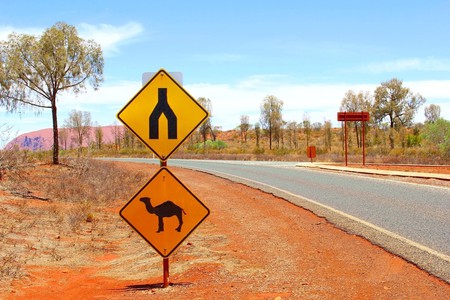 Oddly, the first camel to ever arrive to Australia came all the way from the Canary Islands in the 1840s. A few years later in 1860, when legendary Australian explorers Burke and Wills planned their cross-country expedition, they imported another 24 camels to assist in the heavy lifting. The increase in Australia’s camel population developed from there.

When the famed Australian railway The Ghan started construction, camel drivers travelled over with their rides from Afghanistan, Pakistan and parts of the Turkish Empire. They travelled throughout the country, mingling with Indigenous tribes and trading knowledge and goods. The cameleers brought tea, tobacco and sugar, while the Aboriginal people incorporated camel hair into their traditional string artefacts and provided information on desert waters and plant resources. Some cameleers employed Aboriginal men and women to help them on their cross-country voyages, sometimes resulting in marriages. Today, the iconic Ghan that traverses the Australian Outback is named after those Afghan camel drivers. 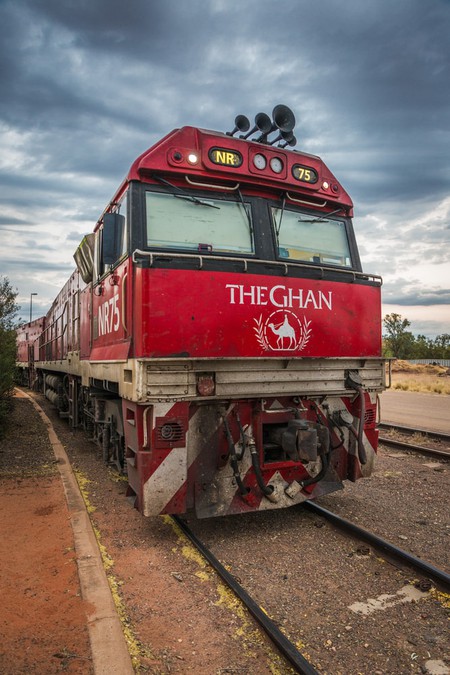 The camels and the cameleers were desperately needed in the early outback days for their endurance, knowledge and labour skills. But when technology developed and the internal combustion engine came along, they weren’t needed anymore. Thousands of camels were released into the wild.

Because they’re so big, they have no natural predators and roam around sparsely populated areas – like the desert – camel populations have skyrocketed. Camels are uniquely adept at surviving in the outback, but when they guzzle gallons of water at a time they cause thousands of dollars’ worth of damage to farms and waterholes used for livestock. Introducing the gentle giants was short-term genius, long-term disaster. 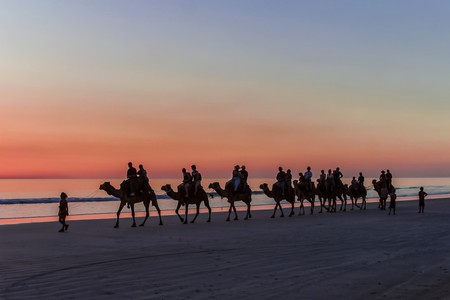 If you travel through central Australia chances are you will see camels. They’re everywhere – the biggest wild herds live in the desert regions near the borders of Western Australia, the Northern Territory and South Australia. Watch out, because they often stand on the highway and you don’t want to hit one! Most likely it will dent the side of your car more than the animal itself, so you don’t want to take any chances. 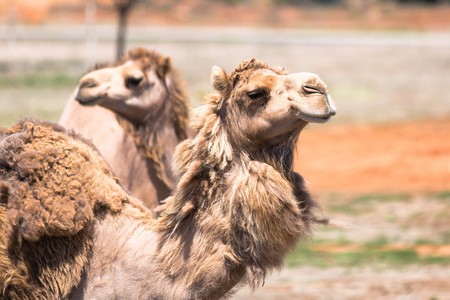 If you won’t be here for long and want to make sure you see camels, or if you want a closer encounter, seek out one of the camel farms. There are over 50 Australian camel farms, trying to lure domestic and international tourists. You can go for a ten-minute camel ride, or a three-week camel safari. Most camel farms are in Western Australia or the Northern Territory, though there are some in Queensland and South Australia. The farms are dotted about the country and the camels are well kept on their farms, so don’t feel bad about riding one – after all, they were designed for much heavier loads, no matter how much you’ve indulged on your holiday!