Destination Sydney: Why This City Should Be Your Next Port of Call 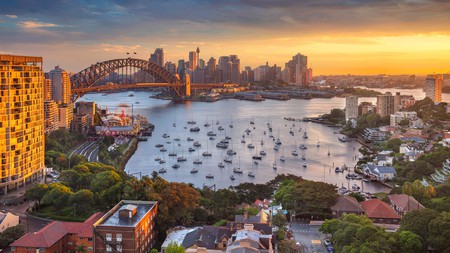 While the cityscape of Sydney draws travellers to its shores, its multicultural landscape also offers a variety of riches | © rudi1976 / Alamy Stock Photo

Sydney’s beautiful and hilly cityscape, perched on the edge of an iconic harbour, is an inviting scene for any visitor to Australia. Local artist Tamara Dean shares her love for its culture and diversity, and why it’s the ultimate city-destination.

Born and raised in Sydney, Dean is a note-worthy Australian artist working in the mediums of photography, installation and the moving image. As someone whose work explores the relationship between humans and the natural world, Sydney with all its natural beauty has proven a great location and source of inspiration. “I have spent a large part of my working life in Sydney,” says Dean, “so it is the city I know best and where I feel very much at home. More recently I moved to the end of the southern Sydney train line to enjoy living on the land, but my ties to the city are strong and I regularly find myself back there.”

Although many travellers are drawn to the harbour and the unique design of the Sydney Opera House and Harbour Bridge as the city’s main attractions, its multicultural landscape offers a variety of experiences for travellers willing to explore its many possibilities.

“There is a definite sense of hedonism in Sydney, it’s quite cosmopolitan and has a great pulse. If you have money in your pocket, Sydney can be a lot of fun,” explains Dean. This is especially true for those who prefer hanging out in affluent neighbourhoods like Darling Point and dine on seafood with views of the Opera House. “But there are also parts of Sydney that don’t cost the earth,” furthers Dean. “The suburbs that surround the city are definitely worth exploring. John Street in Cabramatta is like landing in Hanoi. Bondi at one moment is like Israel, then the next moment you are with dozens of Brazilians. Sydney is truly multicultural, which is what makes the place so wonderful.” 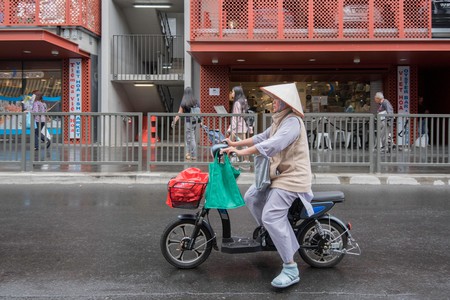 Made up of pockets of villages, the city can be explored in many ways, though Dean admits “I really like walking around Sydney as it is a great city to experience by foot. I almost always leave my car behind these days. The traffic and the price of parking are pretty awful and easily avoidable by using public transport. There are also pay-as-you-go bikes in the inner city.” While public transport is accessible, some train stations only have stairway access, so it’s important to plan the route ahead for those needing to make use of a lift.

Once the touristy sights of the harbour and beaches have all been enjoyed, Dean suggests heading to the inner-west suburbs. “While Sydney’s beaches are undeniably beautiful, I feel most comfortable in the more bohemian suburbs of Newtown, Enmore, Marrickville, and the inner-city suburbs of Redfern and Surry Hills where there are really good cafés, small bars, warehouses and artists’ studios,” says Dean. 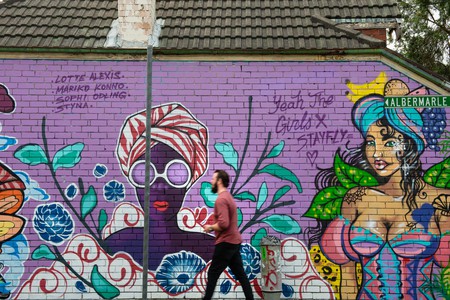 “One of my favourite morning stop-offs is having coffee and a croissant on the street at Black Star bakery in Newtown. It’s a lovely little local experience and the pastries are divine.” In the area, Enmore Road has become a really bustling strip where you can stop in at almost every door for a bite to eat or something delicious to drink. “The Stinking Bishops does an awesome cheese and wine dining experience,” adds Dean. With wine bars, dive bars (The Midnight Special being Dean’s favourite), whisky bars, and the Enmore theatre, it offers a great buzz.

“The gallery that represents me, Martin Browne Contemporary, is located within a great little enclave of art galleries in the beautiful inner city suburb of Paddington, which I visit regularly.” After perusing the art, Dean recommends heading up to Five Ways intersection for a coffee and on to the shops on Oxford Street to discover many top Australian brands and designers. “My favourite strip for cool little boutiques in the area is William Street. There is a really great recycled clothing store Di Nuovo at the bottom of the street that I always go to when in the area,” says Dean. 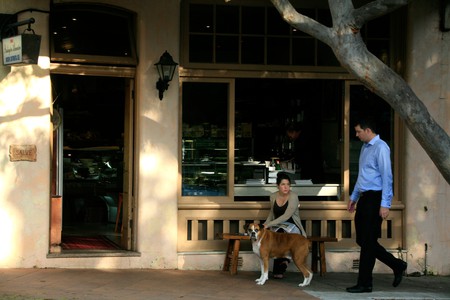 Dean loves staying at a little boutique hotel called Mrs Banks whenever needing to stay over in the city. “Set in a converted Commonwealth Bank building, it’s on Oxford Street in Paddington and is a good spot from which to get around.” For a bite to eat, Dean always stops over at her local favourite The Paddington, which serves hearty rotisserie chicken or vegetables in a relaxed space. “From here, you could easily catch a bus to Bondi, and I would suggest doing the Bondi to Bronte clifftop walk if it’s a beautiful day,” says Dean.

Dean loves to travel by train to the suburbs on the fringes of the city where it is possible to sample an incredible variety of cuisines. “Sydney’s long and rich history of immigrants have all brought with them their foods and flavours. For example, Petersham does great Portuguese, Ashfield great dumplings, and Cabramatta has some of the best Vietnamese restaurants on the planet,” she says.

Go off the beaten track

If, like Dean, spending time in the natural world is a priority, Sydney offers an array of beautiful bush walks and harbour parks. “If you are keen to see Sydney Harbour and visit the Opera House, it’s a lovely walk through the Botanical Gardens and up to The Art Gallery of NSW.”

But it’s worth getting out of the city and exploring the beautiful parks surrounding Sydney. “The drive out to Wottamolla in the Royal National Park is stunning. It’s about an hour’s drive from the city (if you don’t get caught in traffic).” Dean advises arriving early before the car park fills up. Alternatively, Dean suggests Nielsen Park. This heritage-listed site, park and nature reserve fronts onto a beautiful, little harbour beach in the National Park in Vaucluse, Eastern Sydney. “It’s a lovely place to take a picnic and go for a swim in the harbour beach. There is a little café and restaurant there too,” adds Dean. 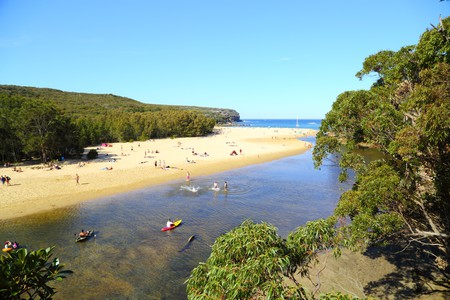 Wattamolla lagoon and beach, in the Royal National Park is an hour’s drive from the city | © Andrew McInnes / Alamy Stock Photo

Take in the art

With its history, heritage, and multiculturalism, Sydney’s art scene is alive and thriving. For travellers looking to learn more about the city through its art, Dean suggests a visit to the following:

Constructed in the old Eveleigh rail yards and workshops, it is the largest multi-arts centre in Australia that commissions and programmes inspiring and ambitious Australian and International art. “There is also a farmers’ market at the weekend which makes for a great local experience!”

A contemporary art museum located in the inner-city suburb of Chippendale that exhibits selections from the White Rabbit Collection of 21st-century Chinese contemporary art. 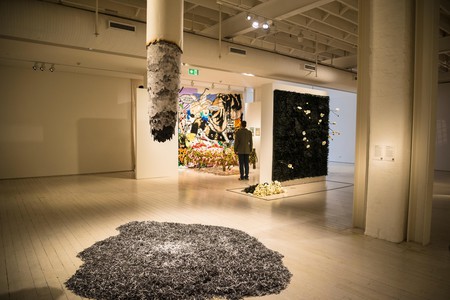 The 22nd Biennale of Sydney

If in Sydney between March and June 2020, Dean says that the 22nd Biennale of Sydney is a must. Titled NIRIN, it is an artist and First Nations-led expansive programme of contemporary art exhibitions that connects local communities and global networks. “The biennale is spread across six venues – Cockatoo Island, the Museum of Contemporary Art, the Art Gallery of NSW, Artspace, the National Art School and Campbelltown Arts Centre,” explains Dean.

For Dean, however, the best way to explore Sydney is catching the ferry across Sydney harbour to Cockatoo Island (a UNESCO world heritage site), spending the day wandering around the island to look at art, eating at pop-up restaurants, and drinking at the on-site bars. “You can also hire pre set-up tents (and a cottage) on the island if you want to make a weekend of it and wake up to the harbour,” she says.