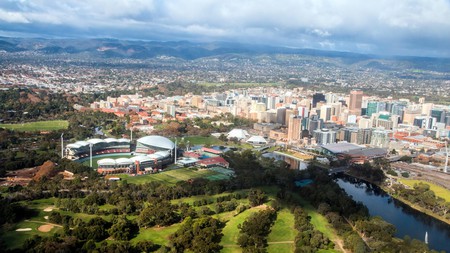 A ready collection of bookable travel ideas inspired by what you love. Discover things to do, where to stay and the best spots to eat and drink in the Culture Trip guide to Adelaide.

Adelaide, the capital city of South Australia, has branched out from its well-heeled, City of Churches roots to become a pulsing hive of entertainment. A gateway to the rolling hills of the wine country, it’s also known for its sporting events, picture-perfect coastline and annual music and visual arts festivals. Stuck on where to start? Here are a few ideas. 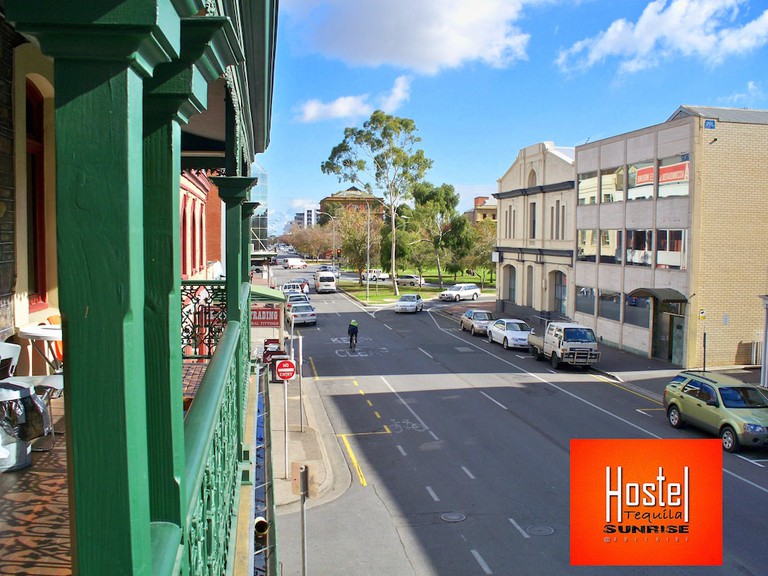 Tequila Sunrise Hostel sits just a stone’s throw from the Central Market – a popular undercover fresh produce market – in the Central Business District. When you’re not scouring stalls for artisan sourdoughs, crash in one of the hostel’s mixed or female-only dorms, ranging from four to 12 beds. Each bunk has a night light for bookworms who can’t put down page-turners, and on hot, sticky days, the hotel’s air-conditioning will prove to be a godsend. If you fancy a morning pick-me-up, wander down to the kitchen for a complimentary breakfast of honey-drenched pancakes, before heading out to the balcony for a spot of people-watching. 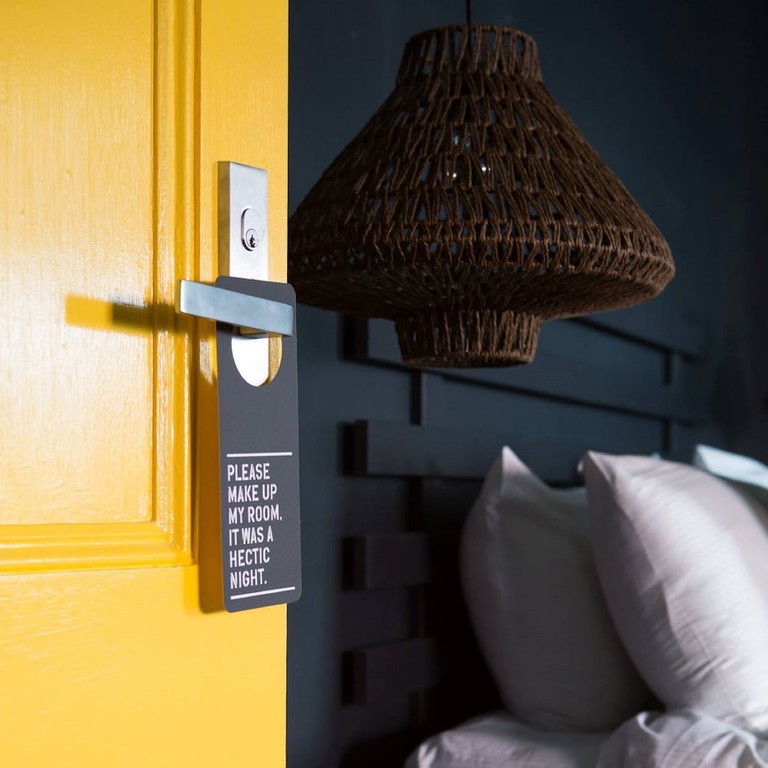 Housed in a revamped 19th-century building, the Franklin Hotel has a retro monochrome façade and a wrap-around balcony that wouldn’t look out of place on the streets of New Orleans. It doubles up as a gastropub and hotel; the former serves up schnitzels, steaks and craft beers among giant murals of blooming flowers and swooping tangerine-coloured light fixtures. Meanwhile, upstairs, lemon-yellow doors resemble patches of sunlight against the hotel’s charcoal walls, opening into the rooms where vintage meets contemporary. Most have original old-world features such as ceiling roses, stained-glass windows and traditional fireplaces, while they come paired with local artwork, Nespresso machines and, in the premium rooms, deep-soaking tubs. 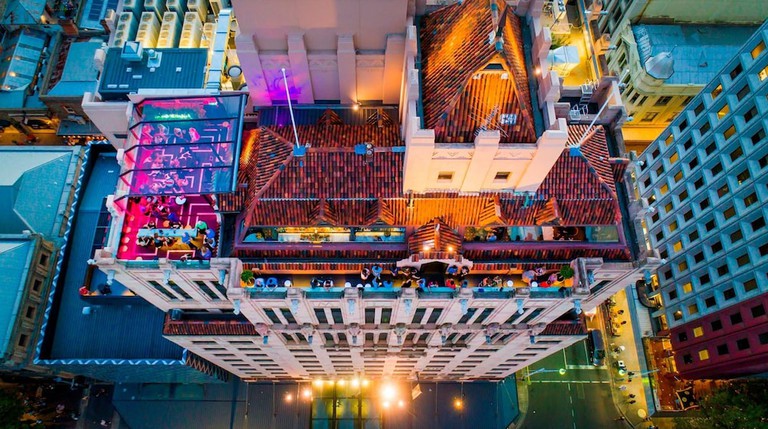 Courtesy of Mayfair Hotel / Expedia
View Rooms
The Mayfair Hotel makes a striking first impression as a Romanesque-style building constructed from peach-hued Benedict stone, where rows of gargoyles peer down from towering heights. Inside is no less impressive, with polished marble floors, a shiny copper front desk and tufted seats tucked into every corner. From superior queens to executive king suites, the rooms are chock-full of luxury touches, such as thick marshmallow-like mattresses, cream leather headboards and complimentary L’Occitane toiletries. Don’t leave without pulling up a cow-print stool at Hennessy Rooftop Bar, where you can enjoy killer city views over a Byzantine cocktail, made with Campari, gin, lemon, orange soda and pink grapefruit.
More info

Soak up the wine country 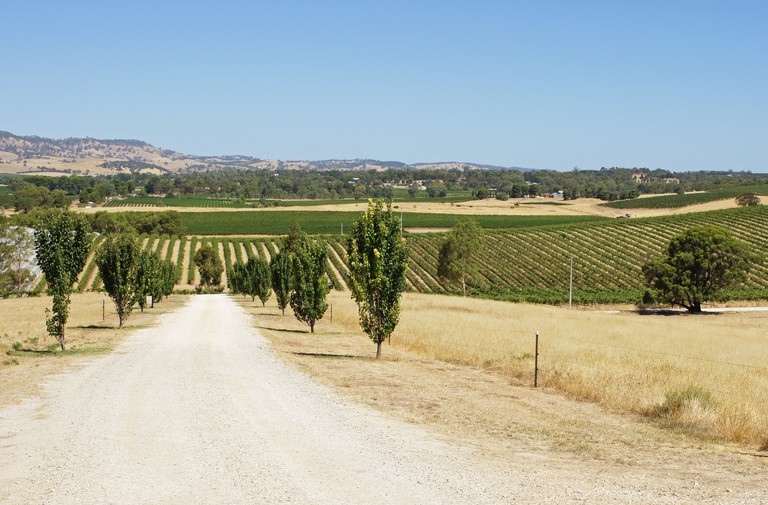 Adelaide has kilometres of vine-braided countryside on its doorstep, encompassing Barossa Valley, McLaren Vale and the Adelaide Hills. In under an hour, you can be touring barrel-filled cellars, wandering through the manicured vineyards and sipping the nectar of the gods on sun-trap terraces. If you’re a fan of the grape, avoid being the designated driver on one of the region’s many tours that will happily take you from A to B and, most probably, include guided wine tastings – teaching you to savour the smoky notes of a shiraz – and a gourmet lunch. 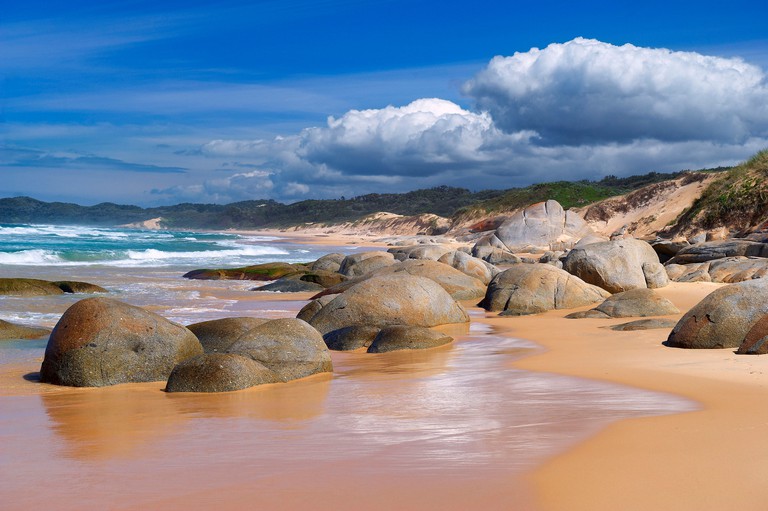 Swap the well-trodden Adelaide streets for the wilderness of Kangaroo Island, a short ferry ride from the mainland. Be sure to pack your camera as the island is a haven for native wildlife, with a large chunk of its tangled bushland, golden beaches and weather-beaten rocks protected in nature reserves. A sure-fire way to not miss out on anything is with a guided tour. Snap photos of grazing kangaroos and koalas, listen out for the rare black cockatoos and gaze up at the eagle-shaped Remarkable Rocks. Once you’re done channelling your inner David Attenborough, dig into a picnic lunch, washing it down with local wine from your wine country tour.

From playful marine life to historical remains, there are many unmissable treasures in the coastal waters off Adelaide. If you’re most at home with a paddle in your hands and the salty wind whipping through your hair, then a kayaking tour is a must. Guided by a local expert, learn the history of the area while dodging splashes from curious Port River dolphins as you glide along mangrove-lined waterways and take in the rusted wreckages of the Garden Island Ships’ Graveyard, home to 26 decaying vessels. Though, if that doesn’t float your boat, riding the waves with a surf lesson or hopping on a relaxing ocean safari cruise might. 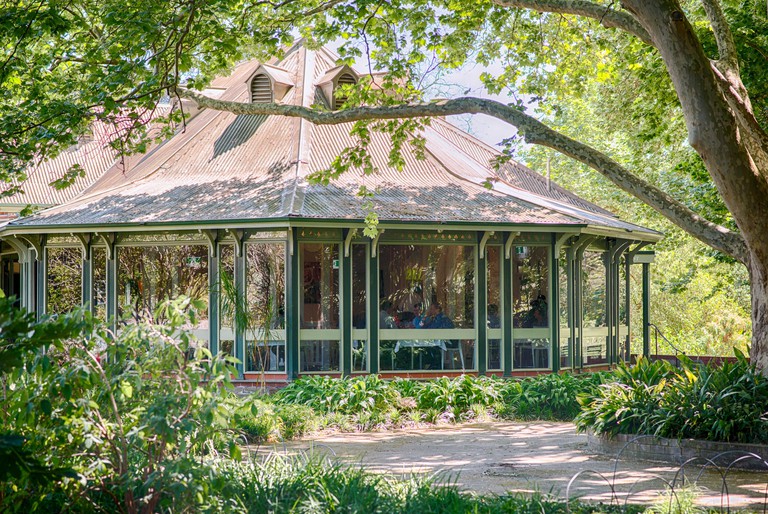 The Botanic Gardens Restaurant, as the name suggests, lies in Adelaide’s paradisiacal public gardens. Dappled sunlight flows through the glass-wrapped rotunda, while outside, a red-brick patio provides a front-row seat to watch ducks drift across the bucolic pond. The food here is artfully presented, seasonal and picked daily from the kitchen garden. Walnut-stuffed cabbage heads served on mini logs, corned pork jowl decorated with garlic flowers and sheep’s milk sorbet dessert are just some of the highlights on its sustainable, ethically sourced menu.

Stepping inside Thai restaurant Golden Boy is like stumbling down the rabbit hole, where patches of honeycomb-style tiles cover the ceiling and graffiti-style illustrations adorn the walls, complete with mirror-writing. Don’t fret if the mind-boggling setting has you too distracted to choose your food, as there is the option of the Tuk Tuk set menu, where your waiter will pick dishes especially suited to your tastes. Partial to seafood? Dig into wok-tossed mussels with chilli jam. Prefer something spicy? The southern jungle curry of pork shoulder packs a punch.

Kutchi Deli Parwana, which serves up authentic Afghan-style street food, is the little sister of family-owned Parwana Afghan Kitchen, in neighbouring Torrensville. The cuisine ranges from ashak (crispy fried dumplings stuffed with chives) to banjan borani curry, a signature dish comprising eggplant slices simmered in tomato sauce. Inside is snug and colourful; if one of the few indoor seats is free, be sure to grab it – you’ll want extra time to take in the floral ceramic tiling, vase-filled nooks, old-school movie posters and sepia-hued family photos.