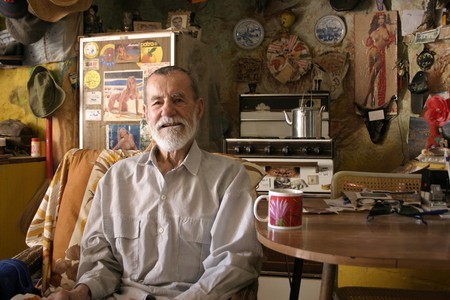 Every Australian knows Crocodile Dundee, but not many have heard of Crocodile Harry. Meet Arvid Blumenthal, a Latvian-born solider who made a name for himself hunting crocodiles, opals and underpants in the Australian outback.

Arvid Blumenthal, reportedly christened a baron, if you believe the first of his many tall tales, was born in the medieval village Dundaga, Latvia, on March 19, 1925. In 1942, he joined the Nazi-occupied Latvian forces on the Eastern Front, sustaining serious injuries and even being captured by American troops at one stage. After the war, Arvid emigrated to Australia, again, forced to flee after defecting if you listen to the protagonist himself, and took up an occupation that was perhaps even more dangerous: hunting crocodiles. 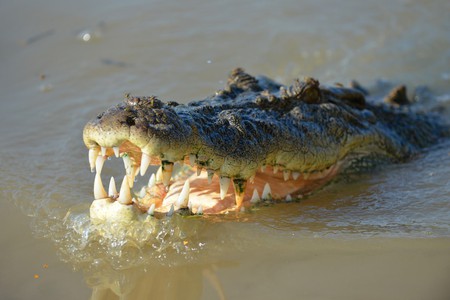 Having arrived Down Under in 1951, he began poaching crocodiles in North Queensland in 1956, recording his early expeditions in the books Latvian Crocodile Hunter in Australia (1957) and Long after the Sun (1958). Legend has it that ‘Harry’ killed as many as 40,000 crocodiles throughout the Northern Territory and the Queensland tropics to sell the flesh for cash over his two decade career, before giving up the poaching game to retire to an underground cave in Central Australia.

Latvians who admire their countryman will proudly tell you that Arvid Blumenthal provided the inspiration for Paul Hogan’s iconic Mick Dundee character in the enormously successful Crocodile Dundee film franchise in the 1980s. Australians who’ve done their research instead point to Rod Ansell, a croc poacher who made global headlines (and piqued Hogan’s curiosity) in 1977 after surviving in the remote Northern Territory bush with almost no supplies for 56 days. But, hey, let’s not let the truth get in the way of Crocodile Harry’s claim to fame. 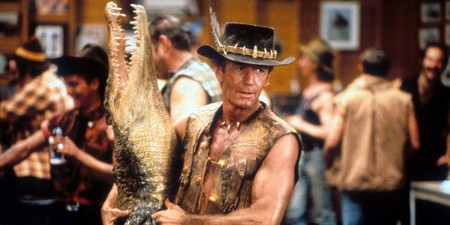 In any case, Crocodile Dundee isn’t his only brush with Hollywood. Harry’s underground lair in Coober Pedy made an appearance in the 1985 film Mad Max Beyond Thunderdome, another classic Australian flick from the mid-1980s that was primarily shot in the remote Central Australian town.

Coober Pedy bills itself as the ‘Opal Mining Capital of the World’, and Crocodile Harry became Gemstone Harry when he moved there to fossick for opals in 1975. Located 850km north of Adelaide in the barren outback, conditions are so harsh that Coober Pedy’s buildings are carved into caves beneath the earth’s surface … and the word ‘eccentric’ doesn’t even begin to describe Harry’s underground lair.

The Latvian larrikin moved to Coober Pedy to gather opals but his abode is home to a very different collection: the underwear of the women he has bedded over the years, now hanging as trophies on the walls of the cave. Harry’s womanising was legendary (well, that’s if you listen to Harry), and rumours swirl around this outback oddball—one about a carving featuring his ex-wife and a chain, one about a beer tap protruding from a certain part of a sculpture’s anatomy, one about a high-profile recording artist who shall remain nameless, all sounding like the sort of sleaze that’s got half of Hollywood into serious strife in recent months. 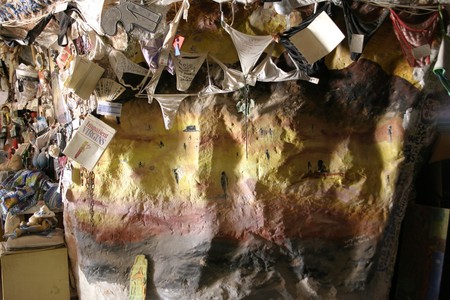 Harry’s legend grew throughout Europe thanks to appearances in dozens of documentaries—including the 1995 documentary ‘Krokodilu Harijs’ that cemented his cult status in his homeland—as well as a mention in Lonely Planet’s Australia guidebook. Growing numbers of visitors to his Coober Pedy home helped add to the graffiti, trinkets and letters that adorn the walls, complementing the tasteless sculptures that could only loosely be labelled ‘art’, and vulgar versions of the female form that are too politically incorrect to describe in graphic detail in the new millennium. 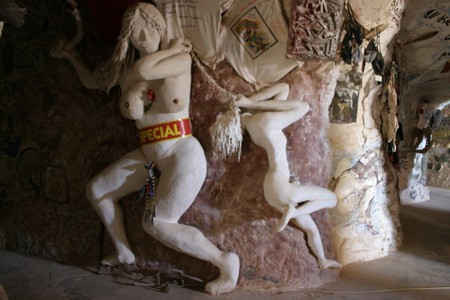 Harry died in 2006 aged 80, but his spirit lives on in two ways: a crocodile statue in his home town, and his underground home in Coober Pedy, which is now a museum to one of the outback’s most colourful characters. Found six kilometres west of town on the Seventeen Mile Road, Crocodile Harry’s Underground Nest is open every day between 9am-12pm and 2pm-6pm, and the price of admission is a $7 contribution to an ‘honesty box’. 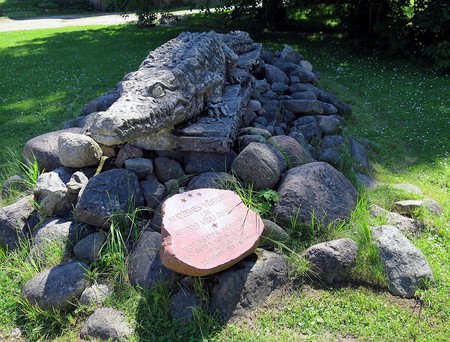