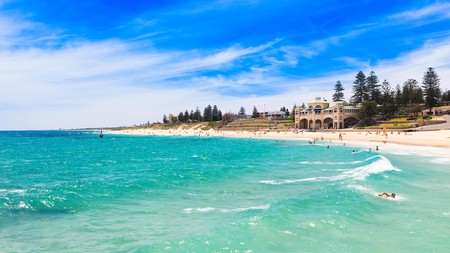 In Cottesloe, Western Australia, the sun is bright, the sand is white, and Aussie coastal culture is alive and well. A suburb in Perth, this dreamy area is home to Cottesloe Beach – one of Perth’s most iconic spots – boasting crystal-clear water and impressive ocean views. 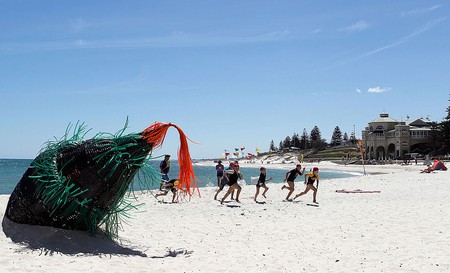 Escape city life and ride 15 minutes west of Perth’s Central Business District, and you’ll get to Cottesloe. With its postcard scenery, the district is best known for its stunning coastline, which locals proudly state is among the most beautiful in the world. A popular destination among residents, the area is also frequently visited by tourists coming to soak in the sun during the hot and sunny months. Visit for a laid-back, relaxed atmosphere and experience its beaches and natural resources. You’ll find plenty of sporting activities available, from kitesurfing and snorkelling to bike tours and tennis matches. But Cottesloe is more than its beaches. Explore the boutique shopping scene when in need of retail therapy or visit the neighbouring suburb of Claremont. And thanks to Cottesloe’s central location and great transport links, you’ll also have easy access to Fremantle, a port city known for its art and music scene.

The Cottesloe town council and local businesses capitalise on the proximity and popularity of the coast, regularly hosting community events. If you’re lucky, you’ll get to take part in various activities such as recreational swim contests and charity runs/marches or photography classes and live music performances.

The history of Cottesloe’s coast 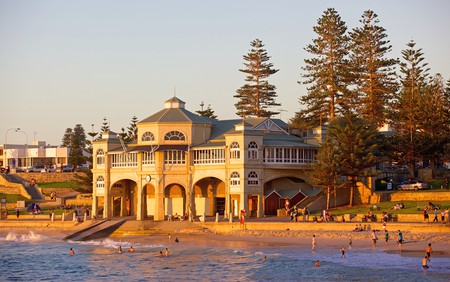 Cottesloe has been a tourist hotspot for more than 100 years, with Hotel Cottesloe opening in 1905 and The Ocean Beach Hotel following soon after in 1908. As beachside sporting activities were being established, weekends drew crowds of Perth locals to the seaside. The change resulted in a demand for more guest houses and tea rooms.

A visit to Cottesloe also means that you’ll get to learn about the local indigenous people – the Noongar – and why the town is so significant to them. South of Cottesloe Surf Club, the Mudurup rocks, overlooking what was once a popular fishing spot, is an important ceremonial site. It’s where the Noongar people used to come together during mid-to-late summer and was considered an important part of cultural and spiritual traditions. Today, Mudurup remains one of the most important indigenous ceremonial sites on the Swan Coastal Plain.

One of Cottesloe’s most globally renowned icons is the Indiana Teahouse. Right on the waterfront, the historic restaurant began construction back in the 1910s and has undergone several redevelopments since. Once a spot for early 20th-century dancers and cabarets, the landmark teahouse is now a popular restaurant, offering a well-loved seafood menu and a spectacular view of the sea.

Things to do at Cottesloe Beach 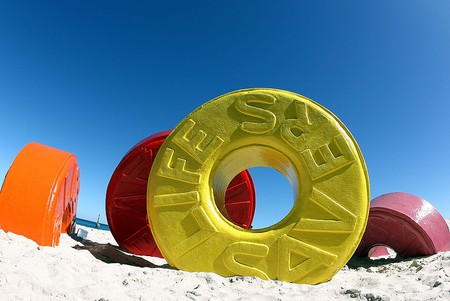 ‘Life Savers’, 2009, by Denise Pepper and Brooke Zeilgman, was on display at the ‘Sculpture by the Sea’ exhibition in Cottesloe | | © Paul Kane / Stringer via Getty Images

Cottesloe is a hub for restaurants, cafés, and bars – seafood overlooking the waves, anyone? Visit the Blue Duck, a beachfront restaurant for panoramic views of Rottnest Island and the Indian Ocean. Or stop by the Beach Club, a vibrant venue with a lively atmosphere for a cocktail or two.

If you’re a culture vulture looking to immerse in all things creative, you’ll enjoy the famous Sculpture by the Sea exhibition. Taking place every March, the exhibition turns its white sand coastline into a beachy gallery comprising more than 70 giant sculptures created by Australian and international sculptors. Contributing artists come from over 17 countries, and some exhibition tours offer the chance to meet attending sculptors. The exhibition reaches from the sea wall toward North Cottesloe and attracts over 200,000 people to the Cottesloe coast. Some of the exhibited pieces from previous years are now permanent beach installations. Throughout the exhibition, which runs for over two weeks, a few Beach Access Days are allotted. Special matting is installed to make the sculpture walk accessible by manual wheelchair and for people with mobility limitations. Free tactile tours are also on offer, and some Auslan-interpreted events are available as part of the exhibition’s Access and Inclusion Plan.

The beach does its best to welcome and include all visitors, and beach wheelchairs are available for hire between October and April. However, as supply is limited, it’s recommended that you book in advance.