Concerts You Cant Miss This Summer in Australia 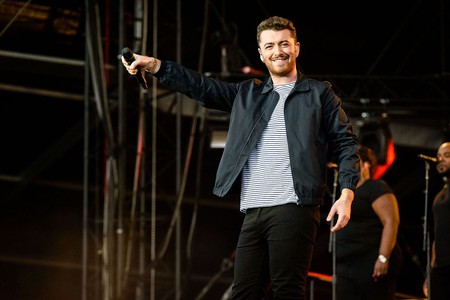 Just like seagulls to a beach picnic, the Australian summer always attracts the world’s biggest music superstars. So far the lineup across December, January and February includes Sir Paul McCartney, Foo Fighters, Sam Smith, Muse, Evanescence, and Macklemore. There are also a heap of tour rumours circulating, and it seems every week there’s a new announcement. So what are you waiting for? Buy those tickets and get ready for the soundtrack of the summer.

For the first time since 1993, Sir Paul McCartney will tour Australia and New Zealand on his One On One Tour. This once in a lifetime tour celebrates the 60 year career of one of the greatest and most influential songwriters of all time with three hours’ worth of material from The Quarrymen, the Beatles and Wings as well as surprises from his solo catalogue and recent collaborations. Presented by Frontier Touring, McCartney will play Perth, Melbourne, Brisbane and Sydney.

On the back of their latest single “Dig Down”, Muse will finally bring their Drones World Tour to Australia this December. Released in 2015, Drones debuted at number one in 21 countries including Australia, cementing the British trio as one of the most successful alternative rock bands in the world. Renowned for their live shows, the tour is set to be a visual extravaganza featuring arena anthems such as “Starlight”, “Uprising” and “Supermassive Black Hole”. Supporting Muse are special guests Nothing But Thieves.

In light of the announcement of his upcoming sophomore album The Thrill of It All, acclaimed English singer-songwriter Sam Smith will return to Australia for an exclusive performance at the iconic Sydney Opera House on Tuesday 16 January. Since the release of his debut album In The Lonely Hour in 2014, Smith has gifted the world with ballads including “Lay Me Down”, “Stay with Me” and “I’m Not the Only One“. Presented by Frontier Touring, this one off show will give fans a rare opportunity to hear tracks from his much-anticipated second album. All profits from the show will be donated to three Australian charities: ReachOut, Twenty10 and the Equality Campaign.

Next January legendary rock band Foo Fighters will tear through stadiums across Australia on their Concrete and Gold World Tour. Led by Dave Grohl, the band will not only play songs off their ninth studio album Concrete and Gold including “Run” and “The Sky is a Neighborhood” but they’ll also smash through anthems such as “These Days”, “The Pretender”, “All My Life”, “Times Like These”, “My Hero” and “Everlong”. Foo Fighters will be joined by very special guests Weezer as well as locals supports in each city.

Next February Evanescence will bring to life their Synthesis Live Tour down under for a string of East Coast shows. The goth-rock band rose to fame following the release of their debut album Fallen in 2003 which spent 43 weeks on the Billboard Top 10 and sold more than 17 million copies. Accompanied by the Melbourne, Sydney and Queensland Symphony Orchestra, Evanescence will perform all their re-worked hits from Synthesis (due out November 10) including “Bring Me To Life” and “My Immortal” along with two new songs.

Following Macklemore’s controversial performance at the NRL Grand Final where he declared his support for Australia’s same-sex marriage campaign, the US rapper will return to Australia for a headline tour in February. Currently dominating the charts, the four-time Grammy-Award winner will perform songs off his latest album Gemini including “Glorious” as well as hit collaborations with Ryan Lewis such as “Can’t Hold Us”, “Thrift Shop” and “Same Love”.