In less than two years, Melbourne-based comedian Michael Shafar has performed in gigs throughout Washington, D.C., debuted at the Melbourne International Comedy Festival in ‘3 Little Gigs,’ and is the creator, producer and host for Melbourne Comedy’s Rising Stars. Humbled by his success, his experiences as a Jewish comedian were not entirely smooth sailing. 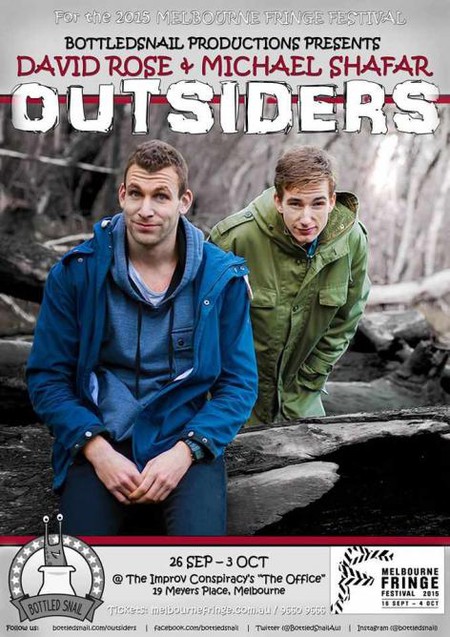 Shafar’s first ever appearance was performing in front of a crowd of five people. ‘I look back on it now and I just cringe,’ he recalls. With initially five minutes of completely memorized material, Shafar practiced every little detail, from how he would speak to his movements and actions.

Receiving a few chuckles within the slightly minor crowd, Shafar set his sights high and began to think comedy ‘was going to be the easiest thing ever.’

He performed the same five-minute set at Raw Comedy, the annual competition for emerging stand-up comedians.

‘I thought I’m absolutely going to kill it up here, probably going to win this competition because I’m so amazing, I’m just this comedy prodigy.’

After that single performance, reality sunk in. It was now an endless struggle to the top.

‘I went up there and bombed so hard. I don’t think I got a single laugh. Maybe I got one laugh because someone felt sorry for me. I look back on it now and I still cringe at how terrible I was.’

Despite this, Shafar believes comedy is a ‘perpetual series of failure.’ The un-ending sense of disappointment is, as he describes, quite liberating.

‘You stop caring so much about failure. It makes you go back on stage and do a good gig because you’re only ever as good as your last gig.’

Shafar grew up watching TV sitcoms like Seinfeld and Everybody Loves Raymond. However, his experiences at school truly cemented his love for comedy. Shafar recalls producing a ‘funny five-minute speech’ for the public speaking competition his school held every year. ‘I used to love doing that… I think that’s where it all began for me, just watching all those TV shows, then at school having that opportunity to be funny.’ 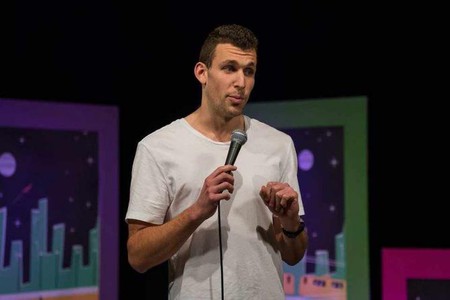 Now a university graduate, Shafar does not plan to pursue his career in law but ideally, to become a professional comedian. Despite appreciating the philosophy behind the law, interning was the pinnacle in which Shafar realized law was not a pathway he wanted to pursue. ‘I wasn’t really enjoying having an office job, so I just decided it wasn’t really for me.’

As part of the Melbourne International Comedy Festival, Shafar has performed alongside an array of comedians in the Footy Couch, a show where comedy meets commentary. Shafar talks of how commentating a live AFL game in front of a live audience helped develop a range of skills from being able to engage with an audience, writing and developing witty jokes, to improvising on the spot.

Shafar’s stand-up comedy usually involves talks about his own personal stories of being Jewish and his experiences as being a Jewish person and encountering discrimination and racism.

‘Trying to be funny whilst making a deep point is really hard. I don’t think I’ve fully mastered it, and I probably won’t master it for another 15 years or so.’

Despite this difficulty, Shafar uses his satirical news page, Round Squares, as an outlet for that type of humor. It aims to discuss a broad range of social and political issues that he would not normally discuss whilst on stage. With almost 8,000 followers, Shafar says, ‘as long as people are reacting to it and thinking about the issue, that’s all that matters.’

Also a creator and host of Melbourne Comedy’s Rising Stars at the Butterfly Club, Shafar was delighted to have all three consecutive shows sell out.

He would have to say his ‘proudest moment was to create a show myself and produce it and then get people to the show and be able to do a gig with other comedians who I really respect.’