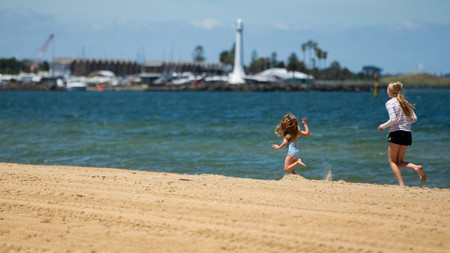 Learn to surf, stay in sand-side hotels and feast on the freshest ocean produce in the cool, beachy suburbs of Victoria’s state capital.

St Kilda Beach, Brighton Beach, Sandringham Beach, Altona Beach… if you’re keen to replace your winter chill at home with a warm winter escape, Melbourne has plenty of beaches to do just that. It also has a snaking sea-flowing river, the Yarra, which divides the second-most populous city in Australia in two. If you’re looking to try your hand – and feet – at surfing, this is just the place. Arrive as a beginner, and leave as a bona fide beach bum. 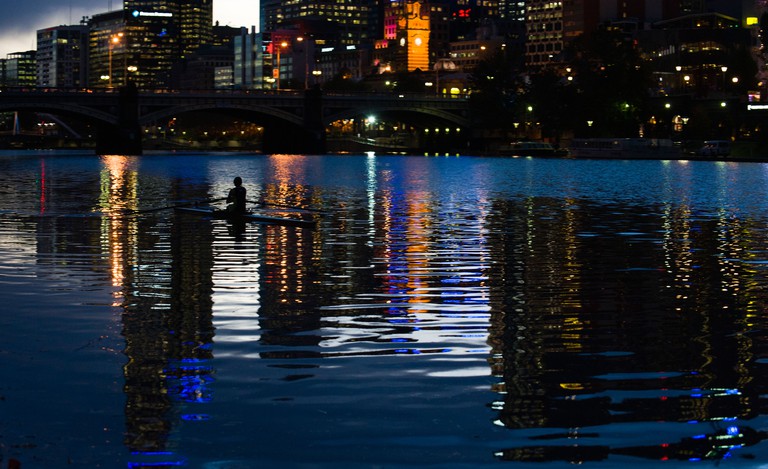 Book you and your travel mates onto the Moonlight Kayak Tour down the Yarra River. You’ll paddle under the Princes Bridge to the Polly Woodside tall ship docked at South Wharf, then to the Docklands and the Yarra’s Edge Marina. Catch your breath, hydrate, then paddle your way back upstream where the tour finishes at Boathouse Drive, just across the river from Federation Square. 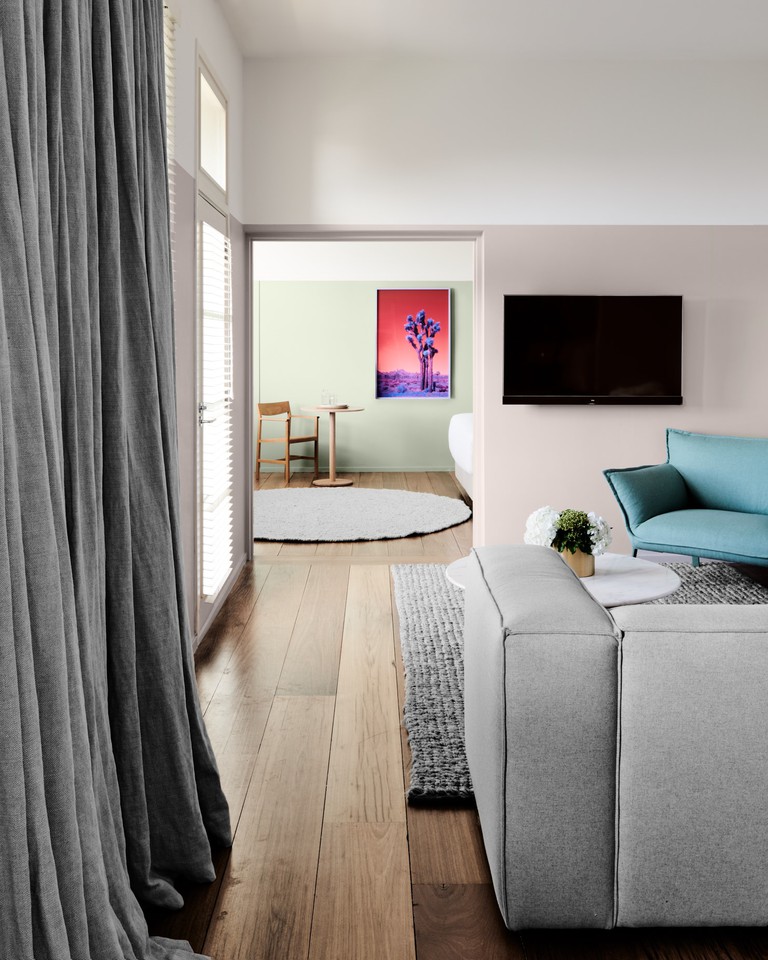 Courtesy of The Prince Hotel / Expedia

The Prince Hotel has reigned supreme since the mid-1800s when it was a guesthouse – long before its art deco makeover in the 1930s. It eventually housed the longest-running LGBTQ-friendly bar in Melbourne. These days, this cool hideaway in coastal St Kilda – the nearest decent beach to the central business district (CBD) – is known for having stylish guest rooms featuring the talents of local artists and delicious food. Guests flock to the Prince Dining Room for the buffalo ricotta and fig starters and mains of fresh market fish, lamb and pork, to name a few. There are also two bars: Little Prince Wine and Prince Public Bar. 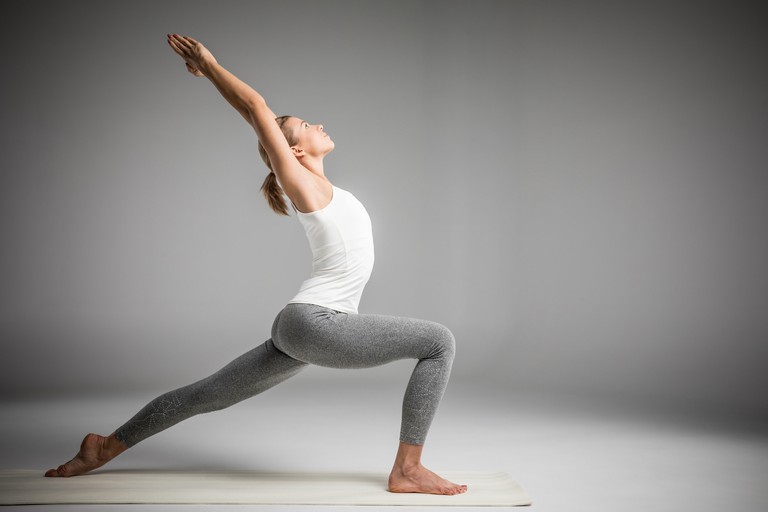 After a long-haul flight to reach beach-friendly Melbourne (especially coming from colder climes in the depths of winter), book yourself into Willow Urban Retreat day spa in the upscale Armadale neighbourhood. It’s a spa, cafe and yoga studio all rolled into one. Treatments like the featherlight leg and foot therapy could be just the thing to re-energise your body and soul before that much-anticipated day on the beach at nearby St Kilda. 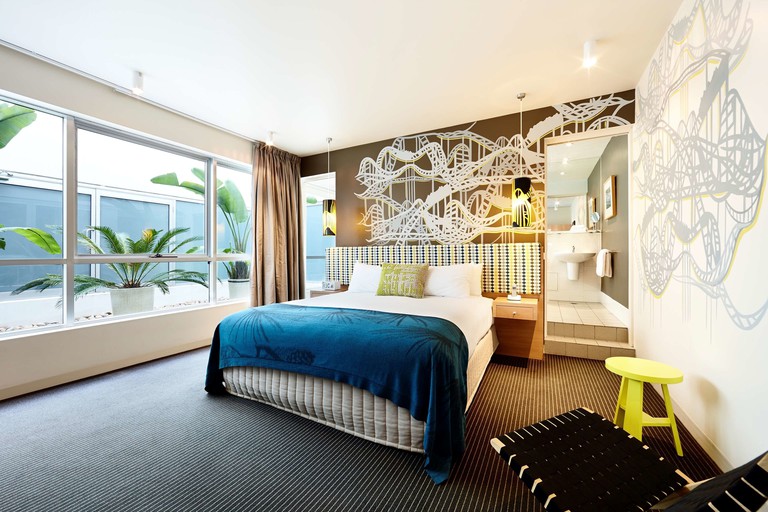 If you’re looking for a boutique hotel with a contemporary vibe, Rydges St Kilda Melbourne is it. Rooms reflect the beach theme with lots of aquamarine and shades of blue. Oenophiles will lose themselves in the wine list at Second Act Wine Bar, which embraces pan-Asian cuisine. In-house sommeliers choose from the best vineyards in Australia – not to mention carefully selected craft beers and spirits from small distilleries. 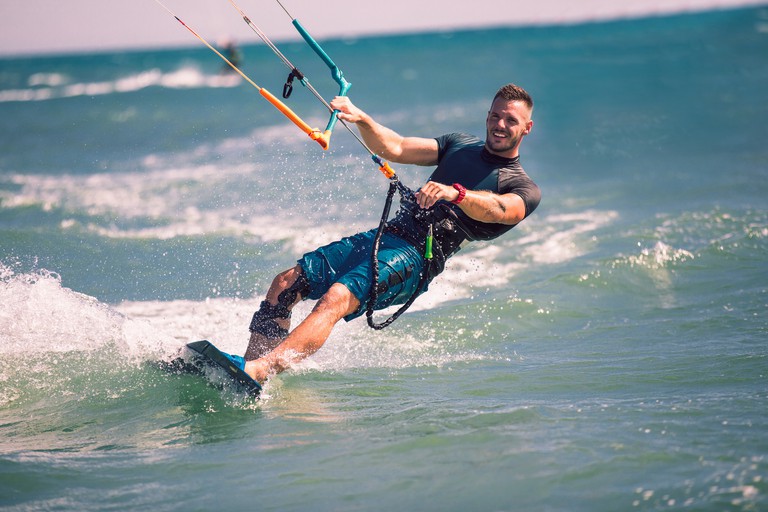 Who says your winter escape to the sun can’t double as a learning opportunity? The Zu Kite Club offers a six-hour course designed specifically for beginners who’ve never before touched a kiteboard. Classes are spread over three days, which is ideal for newbies. You’ll learn kite control, how to steer, how to create power and important self-rescue skills. Lessons take place right on the beach at St Kilda West. 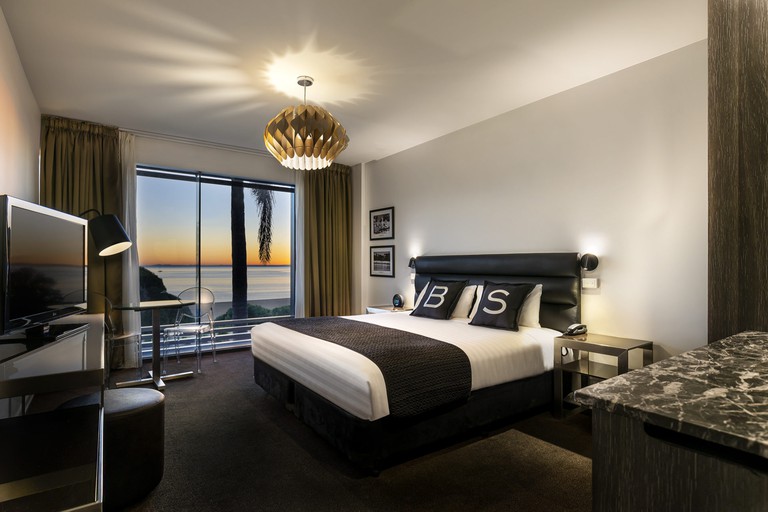 A family-owned property for almost six decades, the Brighton Savoy is the only boutique hotel in Brighton Beach, which is generally calm and, therefore, safe for swimming. All 60 rooms have excellent views of the coast through silhouetted palms so that you can keep tabs on conditions. The deluxe rooms face onto Port Phillip Bay, resembling a horse’s head. The Seaview Restaurant lives up to its name, with ocean views and plates of saffron-spiced prawns and pan-fried barramundi. 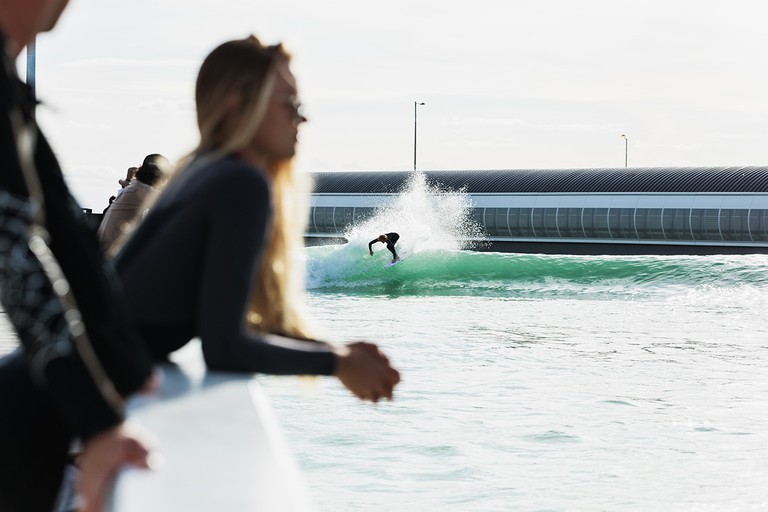 So, you’ve escaped the cold and travelled to Australia with the idea of learning to surf. But maybe those waves look a little intimidating? Don’t worry. The technologically advanced URBNSURF water park can generate 1,000 ocean-like waves every hour to various intensities – safe, gentle, rolling green and whitewater. It’s in Tullamarine, near Melbourne Airport (ie not the coast), but once you’ve learned in that safe and controlled environment, you’ll be geared up to take on the real waves and master that Australian surfer tan in no time. 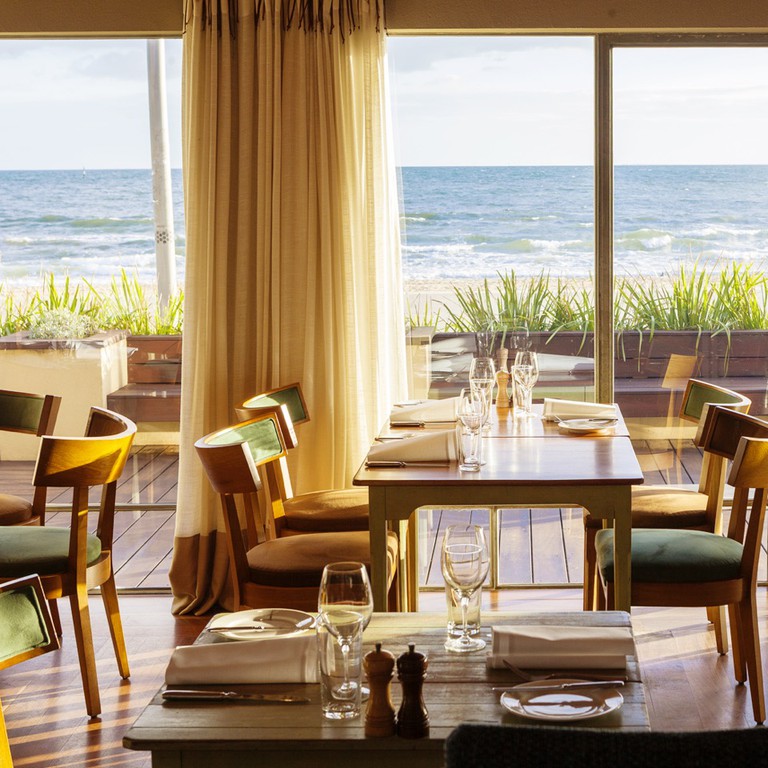 “House on the beach” is an apt description of Donovans. At Kevin and Gail’s beachfront restaurant, you can enjoy drinks on blanket-covered sofas and comfy ottomans in the lounge (or library) upon arrival, and then make your way to the dining room decorated with personal tchotchkes and Donovan family photos. There’s also an enclosed veranda overlooking St Kilda Beach. The Mediterranean-inspired menu is paired with wines from local Victoria vineyards and others throughout Australia.