City on a Plate: The Kiwi Wunderkind Lighting Up Melbourne’s Food Scene

Culture Trip talks to the world’s most talented chefs about the cities that inspire them and the sights, smells and sensations that drive their approach to food. After years under the tutelage of the legendary Ben Shewry at Attica, New Zealand-born Peter Gunn has struck out on his own, taking Melbourne by storm with his daring, playful food.

There is an unignorable clamour around Peter Gunn. Over the course of the last decade, this Kiwi-in-exile has grown stronger and stronger, learning his craft from some of Oceania’s most talented culinary minds, mentors who have since allowed Gunn to stand out himself as one of the region’s brightest talents. From his tiny corner of Collingwood – a part of Melbourne so hip that the word “hip” would make the residents baulk – Gunn has been turning out some of the most scintillating food in Australia at IDES, which has been at a brick-and-mortar site since 2016, and was the city’s hottest pop-up for three years prior. 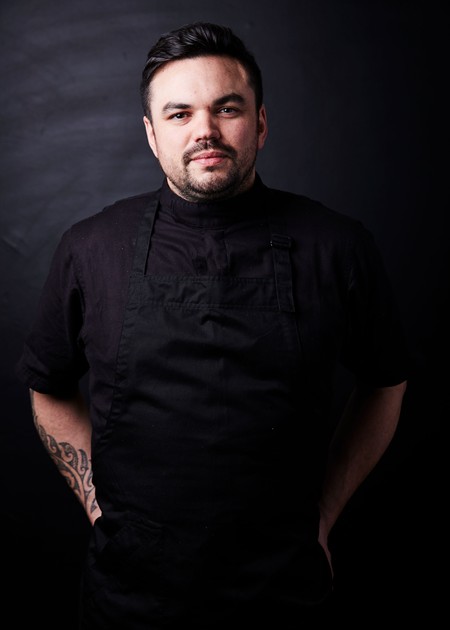 Before IDES, Gunn was the sous chef at the peerless Melbourne institution, Attica, under the steady mentorship of his fellow New Zealand native, Ben Shewry. But Gunn was an irrepressible talent. While still at Attica, Gunn began hosting monthly pop-ups under the IDES banner, doing all of his prep work from home on his days off, and transforming pokey wine bars into sleek, atmospheric dining rooms from which to test his mettle to a new dining audience. Within months, tables became like gold dust, and the experience allowed him to blossom as a head chef; indeed, in 2015, he won the title of best S. Pellegrino Young Chef in the Australia-Pacific region, before striking out on his own with the permanent IDES space we see today.

So what is Gunn’s style? In short, focus. Everything at IDES is geared towards capturing your attention, from the black venetian blinds that cut you off from the outside world, to the sultry dark interior, to the targeted table lighting which maximises the visual impact of its dishes. It is food that engages you right from the off, when a warm sesame sourdough is served to you with house-made peanut butter – a combination that couldn’t be subtle if it tried. There are no sleeper courses on Gunn’s constantly changing six-course menu; each dish is dialed up for total intensity, resetting your expectations time and again as you progress through your evening. Don’t forget the name, because there’s no telling just how much further he could go in the decade to come.

Culture Trip spoke to Gunn about his origins, his experiences and how he fell in love with his adopted city of Melbourne – the place that has afforded him the time, space and care to realise his dizzying potential. 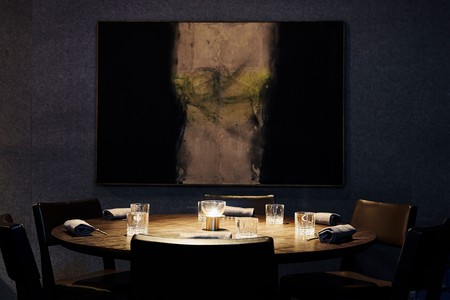 IDES was Gunn’s breakaway from one of Australia’s most vaunted culinary institutions, Attica | © Rebecca Newman

I was born in a small town in New Zealand, and got a job cooking at a fish and chip shop straight out of school, mostly to keep myself out of trouble. I started cooking in fine-dining restaurants after moving to Melbourne. At IDES, I try to subvert traditional ideas of fine dining, keeping things fun and unexpected when it comes to our service style and the combination of flavours in the menu. In the kitchen, I push my team to go past the limits of their creativity and challenge myself to take everyday ingredients to new levels of deliciousness.

The first time that I ate in a real restaurant – not a fast-food place – had a massive impact on me. It was a tapas-style restaurant called Hummingbird in Wellington, and it was just across the road from the fish and chip joint I worked at. The style of ordering, the variation of shared dishes and how the smaller plates progressed to larger ones opened up my eyes to a new world of food. It showed me the direction that I wanted to go in, and I actually ended up getting a job there for a while when I was in cooking school.

For me, if Melbourne had a flavour, it would be pho – the Vietnamese noodle soup. When I first came here from NZ, I lived in Footscray with a Cambodian guy, and we always found ourselves eating pho. Footscray has a big Vietnamese immigrant community, so we had access to some amazing and authentic versions. When I started exploring other parts of Melbourne, I kept an eye out for pho for everywhere I went – there are many exceptional options for pho in the CBD and in Richmond, not to mention further out in Springvale and Dandenong. 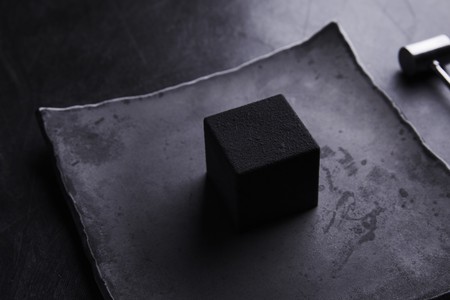 The Black Box is Gunn’s signature dessert, and one of the few constants on the IDES menu | © Rebecca Newman

What is the one ingredient you pine for when you’re away from your city?

It might sound weird, but there’s something about Australian lemons that are really flavourful. They are perfectly balanced in sweetness and acidity. Whenever I go outside of Australia, I find myself missing Aussie lemon juice.

What gets the people of your city excited?

People in Melbourne love Asian food – whether it’s Japanese, Thai, Korean, Indian, Vietnamese and the countless other options. There are so many incredible places to eat Asian food in Melbourne, super-authentic, or even more modern, interpretations. There’s room for all styles in Melbourne, and we love them all. Places like Dainty Szechuan and Supernormal have become real institutions in the city because their food is just so reliably good. I would guess that the majority of restaurant staff parties in Melbourne happen in our amazing Asian restaurants, because they’re just that good.

Which street sparks your imagination most, and why?

Smith Street in Fitzroy is a really special place, which is why I opened IDES there. I often walk down Smith Street and get inspired to cook different things. It’s got quite an eclectic, creative and diverse culture, and because it’s such a long street, every few blocks there’s a different vibe. Aside from all the great food, there are so many independent businesses on the street – it hasn’t been taken over by big businesses. I hope it stays that way, I’d really like to keep IDES here for a long time to come. 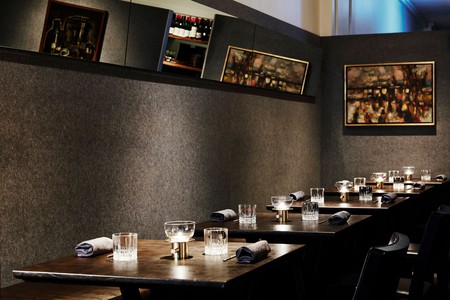 The dining experience at IDES is entirely focused around Gunn’s food, and guests’ enjoyment of it | © Rebecca Newman

What makes you smile about your city?

Melbourne is so good at coming together to celebrate events; everyone goes to such big efforts to make them special. I have found that for big events, large businesses still make an effort to include the smaller operators like us. The Night Market at Queen Vic Market is a good example. You could have not been to the market all year, but as soon as the Night Markets are on, the place takes on a whole new life and becomes a bit of a party. You can discover plenty of new things at these kinds of events.

What angers the people of your city?

In the restaurant world, people get angry when the price of a meal doesn’t match up with the quality of the food and service. There are so many options for great restaurants in Melbourne that we know when we’re getting ripped off. Transport issues are another big one – late trams or trains, traffic and roadworks can make even the nicest Melburnian see red.

I know I’m supposed to say my grandmother’s roast or something, but for me, nothing compares to Alinea in Chicago. I have been there three times over my career and it’s been the best meal I’ve ever had each time. It just keeps getting better and better each time.

Which of your dishes best expresses the character of your city?

Our Black Box dessert is the perfect representation of Melbourne culture. It’s a black chocolate cube which is served with a small silver hammer. We encourage guests to smash the box open, and inside is filling that changes with the seasons. Melbourne is one of those places where you need to look below the surface to find the best parts. There is always so much to discover about this city and even people who have lived here their whole lives can be surprised at what the city has to offer at different times of year. I wouldn’t recommend smashing the city with a hammer, of course, but there’s definitely more to Melbourne than meets the eye. 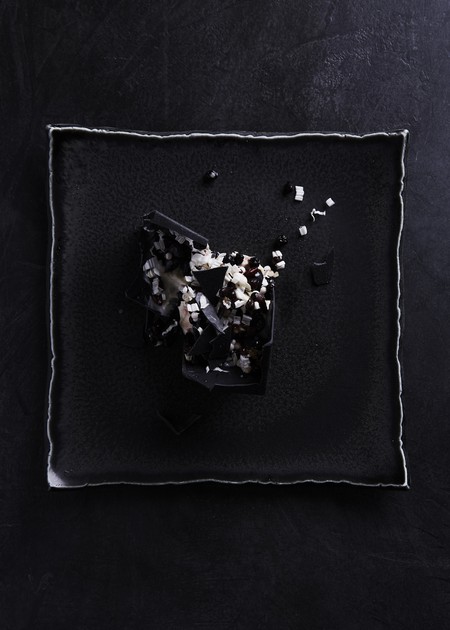 The inside of the Black Box changes with the seasons, and you get no clues about what’s inside until you break it open yourself | © Rebecca Newman

Peter Gunn is the owner & head chef of IDES, a fine-dining restaurant in Melbourne, Australia. Book a table, and keep up with it on Instagram.