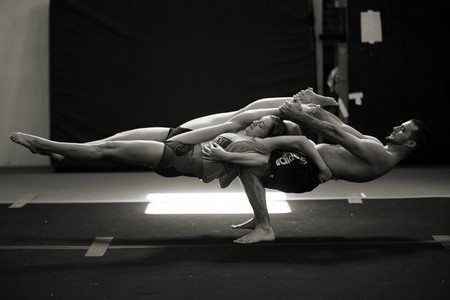 We all know how thrilling the thought of running away and joining the circus seems, and for some this is a reality. Since 2004, Brisbane’s circus, Circa, is taking on the world, one jaw-dropping show at a time. Although the fear of falling from heights stops many from joining the circus, we talk to performer Daniel O’Brien, who specialises in hand balancing and aerial straps, and not falling.

What inspired you to not only transfer from gymnastics to circus training but also specialising in hand balancing and aerial straps?

I stopped gymnastics halfway through high school for lack of interest. My old coach suggested I try circus as an alternative and a few years later I decided to attend NICA. My specialty choices were based on physical suitability and my already established skills from gymnastics. 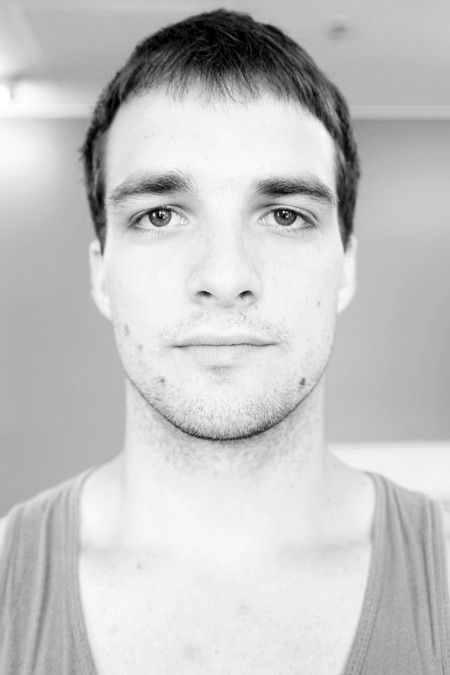 After high school, you went on to train at the National Institute of Circus Arts? Could you tell us about this experience?

I thoroughly enjoyed my time at NICA. There is a wealth of knowledge available from the coaching staff if it can be coaxed from them, and I made a few really great friends during my 3 years studying.

You’ve only recently joined Circa. What drew you to this contemporary circus in Brisbane, Australia?

Being from a small town three hours north of Brisbane, a workplace so close to home was definitely hard to pass up. Circa definitely holds a certain prestige for aspiring artists, and the reputation they have for making great shows was a big part of my choosing to audition. 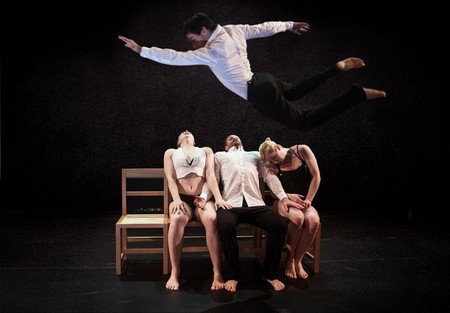 What are you, and the team at Circa, hoping to achieve touring as a circus?

As an individual, I’m constantly trying to push my own personal barriers of physical and performance skills. These goals are only augmented by the fantastic team at Circa. Hopefully, we can blow minds and change lives one full theatre/tent at a time.

What is the most memorable moment with Circa, so far?

Creating and performing What Will Have Been – a three-person show was a unique challenge, and having it be a successful process has been my best moment/s so far.

Is there anything, a trick or performing for someone, you wish to one day achieve circus wise? Why?

Because we are often overseas, it’s always hard to have my family see shows. My goal is to perform for everyone in my family at least once before I finish up. 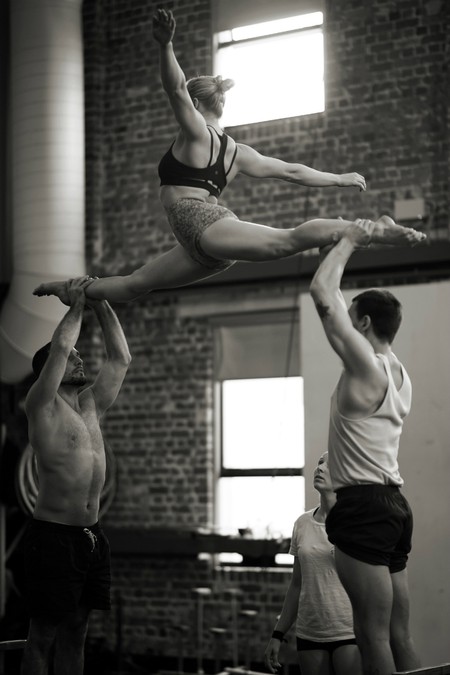 Hand balancing takes great strength and control to stay atop and focused. How do you train to fight gravity?

Training handstands is a lot of falling down. Learning which muscles correct that falling is the first step, and after that, it’s all down to time. The more invested you are and the more time you spend upside down the better you get.

Aerial straps aren’t just the ability to defy gravity, but you are high up in the air, with nothing between you and the ground. How did you get over the initial fear of falling?

That fear of falling is still alive and well with me, heights are not my strong point by any stretch of the imagination. 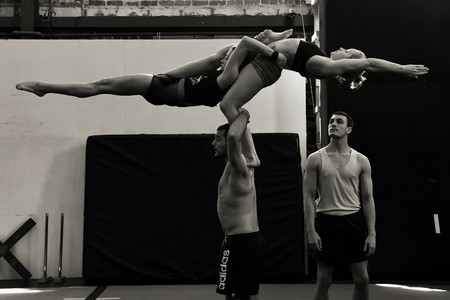 Do you have a go-to trick on both hand balancing and the straps?

I have a bunch of hand-balancing tricks I like, but the go-to on straps is a handstand drop, dropping headfirst from the top of the straps to the bottom.

If you weren’t a circus performer, what would you be doing right now?

Store Manager of a McDonald’s in Brisbane? 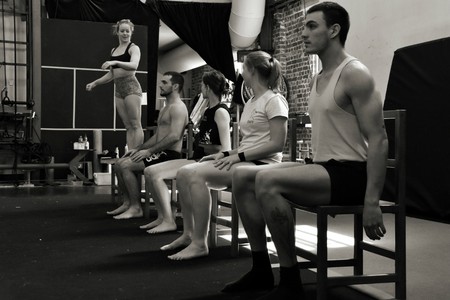 What advice do you have for anyone wanting to run away and join the circus?

Love what you choose to do, train hard, take anti-inflammatories.

And finally, how would you describe Circa in 80 characters or less?

Brisbane circus company: taking over the world, one show at a time. 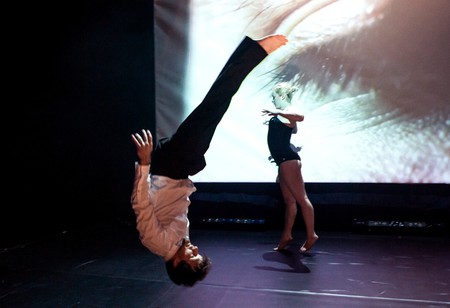 Closer by Cira rehearsal shot | © Richard Davenport
Give us feedback