Chinatown: Melbourne is the Australian City With a Chinese Heart 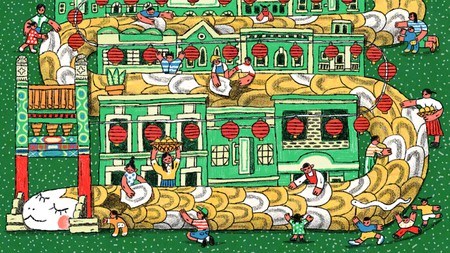 Since the mid-19th century, Melbourne’s Chinese identity has been neatly confined to a small portion of the city’s central business district. Or has it? For Melbourne’s ethnically Chinese, finding their place in Australia’s second city has not been so simple.

Officially, Melbourne’s Chinatown is small and stately, occupying a narrow street of 19th-century buildings in the middle of the central business district – Little Bourke Street – and flowing into various capillary laneways and arcades.

It’s easy to spot, with the familiar Chinatown tropes: the main entrance on Swanston Street is framed by a traditional arch and twin lions, red lanterns swing overhead and the eastern end finishes in a garden with rock sculptures, water features and more lions.

But these days, Melbourne’s Chinese community spills well beyond the confines of what’s formally considered Chinatown – and informs a dynamic conversation about what it even means to be Chinese in Australia. 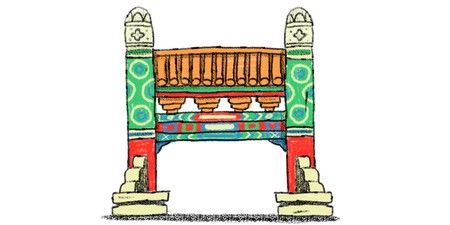 Melbourne’s historical Chinatown is one of the oldest in the West. Large-scale Chinese migration to Melbourne began with the discovery of gold in 1851, news that came hot on the heels of the Californian gold rush in 1849. As a result, Melbourne became known as Xinjinshan 新金山 (New Gold Mountain) – the little sibling of San Francisco, which to this day is still called Jiujinshan 旧金山 (Old Gold Mountain), when you book a flight from China.

For Chinese speakers in Melbourne, the old-timey name has fallen out of use in favour of a more phonetic translation, Moerben 墨尔本, but New Gold Mountain lives on as the name of a cocktail bar in Chinatown, while Xinjinshan is the name of a weekend language school dreaded by generations of Chinese Australian children.

People often underestimate the size of Melbourne’s Chinese community in the early colonial era. Even Chinese Australians tend to assume that mass Chinese migration is a recent phenomenon – and that racism is a symptom of the community’s adolescence. Yet by 1857, when the colony of Victoria was not yet a decade old, more than 6 percent of the population was Chinese – a higher proportion than today.

By the mid-1850s, Little Bourke Street was already firmly established as a Chinese precinct with residences, retailers, workshops, eateries and gambling rooms. The growing community was also subject to racist hostility, with white tabloid journalists depicting Little Bourke Street in lurid terms as a den of exotic depravity.

In 1855, Victoria enshrined anti-Chinese racism in law with the Chinese Immigration Act, which imposed a £10 head tax on any Chinese arrival and restricted the number of Chinese passengers aboard any vessel. The neighbouring colonies of South Australia and New South Wales followed suit, then New Zealand in 1881 and Canada in 1885. The United States introduced its own wide-ranging Chinese Exclusion Act in 1882. 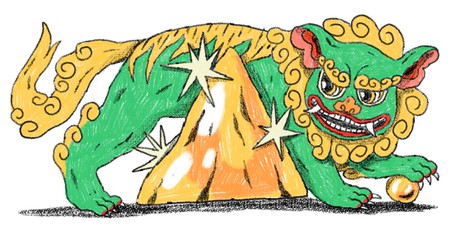 A shrinking but resilient Chinatown

In 1901, a newly federated Australia passed the Immigration Restriction Act, better known as the White Australia policy as its implicit aim was to exclude migrants of colour (particularly Asians and Pacific Islanders) in order to manufacture a white nation on Aboriginal land.

As a result, Melbourne’s Chinese population was diminishing, but Chinatown survived, providing a focal point for those who remained. In the first decade of the 20th century, Chinatown was home to many social and political organisations and some powerful labour activism as Chinese Australians organised, debated and agitated not only for their own rights, but for other political causes such as Indigenous recognition or the revolution in China.

After World War II, the White Australia policy was gradually relaxed, allowing mass migration from Mediterranean countries. In the 1940s, waves of Greek immigrants set up restaurants, cafés and clubs on Lonsdale Street, and nowadays Chinatown and the Greek precinct run parallel to each other, meeting in the side streets between Lonsdale and Little Bourke. It’s a geographic reminder of the experiences that different diasporas share – loss, discrimination, survival, reinvention – and of the long relationship between the Greek and Chinese communities of Melbourne, who have often lived and worked side by side. In fact, it was the friendship between a third-generation Chinese Melburnian, Tommy Chong, and his Greek friend Joe in the late 1940s that resulted in the deep-fried dim sim, an iconic Australian snack.

The White Australia policy was finally overturned in the 1970s and new waves of Chinese immigrants came to Melbourne: citizens of other lands colonised by the British Empire, such as Hong Kong, Malaysia and Singapore; Vietnamese Chinese fleeing the war with the US and from the 1980s, migrants from mainland China, which by then had become the People’s Republic of China (PRC).

After the Tiananmen Square Massacre of June 1989, Australia’s then-Prime Minister Bob Hawke granted visa extensions to all PRC students in the country, and later permanent residency. Many of them brought their relatives over too. My family is among the 100,000 or so who arrived in Australia as a result of this decision, in what was “the biggest wave of Chinese migration since the gold rush” according to the Sydney Morning Herald.

In the last 30 years, Australia’s Chinese population has swelled, and Melbourne’s Chinatown has undergone a transformation thanks to the infusion of new blood.

“It’s interesting to see Chinese people and places from different eras – the Christian churches, the Kuomintang Building, as well as more recent migrants from mainland China,” says historian Dr Karen Schamberger, who is the child of a Chinese-Malaysian mother and an Austrian father.

In the most recent census in 2016, there were 370,644 respondents in the state of Victoria who identified as having Chinese ancestry, and that number is growing. You can now see signs and advertisements in Chinese script all over town, and beyond the inner city, the bustling Chinese precincts in suburbs like Box Hill, Glen Waverley and Springvale give Chinatown a run for its money. 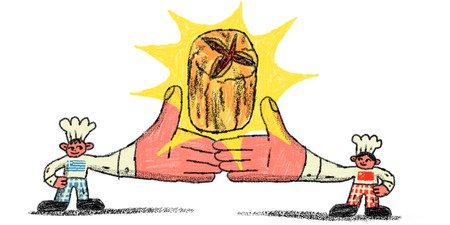 When my family arrived in Australia in 1991, Cantonese was still the lingua franca in Chinatown. Nowadays, Mandarin dominates – though my language, Shanghainese, can often be heard on Little Bourke Street too.

With more than 88,000 Chinese international students in Victoria – many of whom live in or near the CBD – the atmosphere of Chinatown is also becoming more youthful.

Grace Feng, a filmmaker who works in the media, moved to Melbourne from Guangdong province in 2006 to study film.

“When I was a student, [Chinatown] was a comfort zone for me because everything else was so new and it could be intimidating,” she says. “I knew I could converse freely, I could get the things I wanted and people would understand me instantly.”

Being able to speak both Mandarin and Cantonese fluently gave Feng access to both old and new Chinese Australian communities, and she further broadened her networks through working as an interpreter. She says she began to feel like a real part of the local Chinese community once she obtained permanent residency.

“Now there’s a distinct duality in me that I feel very certain of; I don’t think I could ever see myself as ‘Chinese Chinese’ again,” she says.

What is called the Chinese community in Melbourne includes people with vastly different backgrounds, origins, ethnicities, languages, religions and political affiliations. It’s not always clear what they all have in common.

Working in the museum sector, Dr Karen Schamberger is often called upon to explain Chineseness to a Western audience, yet is also seen as not Chinese enough to be a real authority. “I maintain a very complex relationship with the Chinese community,” says Schamberger. “I’m seen as Chinese when it’s convenient and European when it’s convenient.”

In a country where discourse about race is taboo, nationality has become a surrogate for race, which in turn has made it hard to understand multinational ethnic groups. The Chinese community’s pluralism has been collapsed, especially as Chineseness in Australia is increasingly associated with the PRC.

“The way that Australia has thought about ethnicity has always been connected to the nation-state. I don’t think that’s unique to Chinatown or Chineseness,” Schamberger says.

But between Australia’s hunger to spin its immigrant communities into a simple, palatable narrative, and the PRC government’s mission to absorb the accomplishments of overseas Chinese into its own national history, the richness and complexity of Chinese Australian life can get lost.

“It makes it hard to tell Chinese-Australian stories as individuals or as local communities,” Schamberger says. “These two national narratives dominate, and they reinforce each other.”

Nevertheless, the Chinese communities of Melbourne know how to fight to be heard, and to live with contradictions. Chinatown has had nearly 170 years of practice. Today, it’s often both the location and inspiration for creative endeavours from spoken word to street art as we play with making history, culture and community in this old and new country. It might be just one slender street, but every day we’re building space for infinite ways of being Chinese and Australian.